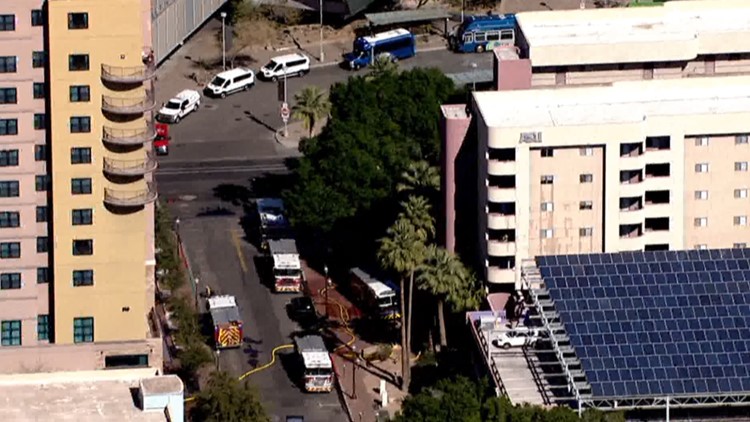 TEMPE, Ariz. — More than three dozen people have been displaced after a fire broke out at a high-rise apartment building in Tempe on Friday morning.

When crews arrived, smoke was coming from the 8th floor, according to the Tempe Fire Department.

Fire and medical units from Tempe, Phoenix and Mesa responded to the fire call at the University Towers on Mill Avenue and University Drive around 11 a.m.

Firefighters say they found food burning on the stove in one unit. The building's sprinklers went off and kept the fire from spreading.

The high-rise is a residence hall for Arizona State University students.

About 40 people from 16 units are unable to return to their apartment primarily because of water damage, according to ASU.

No injuries were reported.