Police say a family was on a bike ride on Thursday afternoon when a car crashed into them. 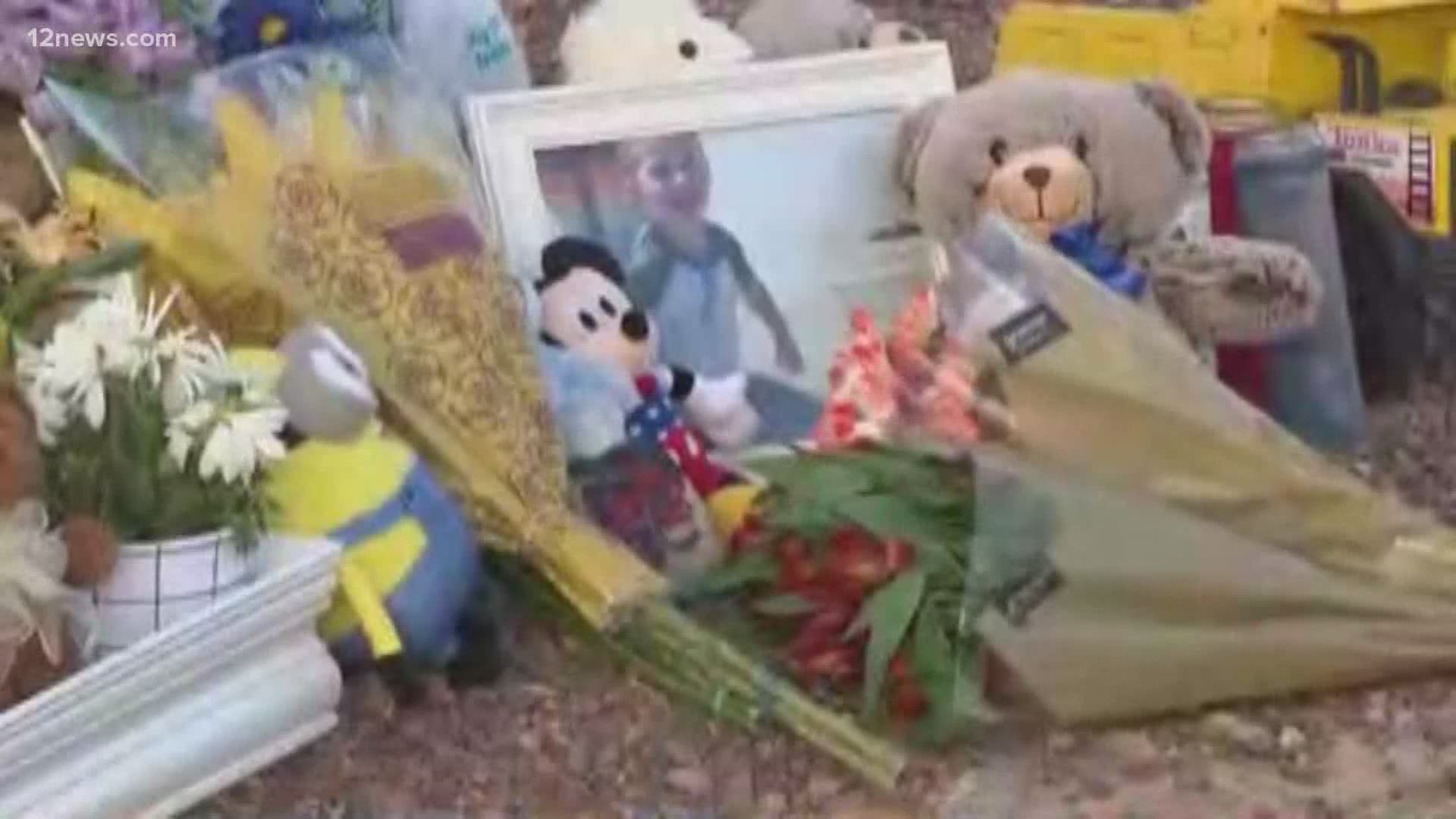 GLENDALE, Ariz. — A 3-year-old boy was killed Thursday afternoon when a car crashed into a family on a bike ride, police say.

According to Glendale PD, a mother, father and their two young children were on a bike ride north on the east side of 70th Ave, just north of Villa Theresa Drive.

Police say the vehicle never stopped and proceeded to drive away east on Villa Theresa Drive.

A nurse that was nearby heard the accident and came outside and started CPR on the 3-year-old boy and police arrived on the scene and did the same.

The child was airlifted to a local hospital where he was pronounced dead.

Police located the suspect vehicle at a home a few blocks from the scene of the crash and two suspects were identified and interviewed.

Police say the investigation is ongoing at this time and they do not require any assistance from the public at this time.

The condition of the mother is unknown, police have not released further information.

We will update this story with new information as it becomes available.

RELATED: 2 million have recovered from COVID-19 around the world

RELATED: A face mask requirement does not violate your constitutional rights