An email to parents explained that three schools and other town landmarks were named after KKK members. There are currently no plans to change names. 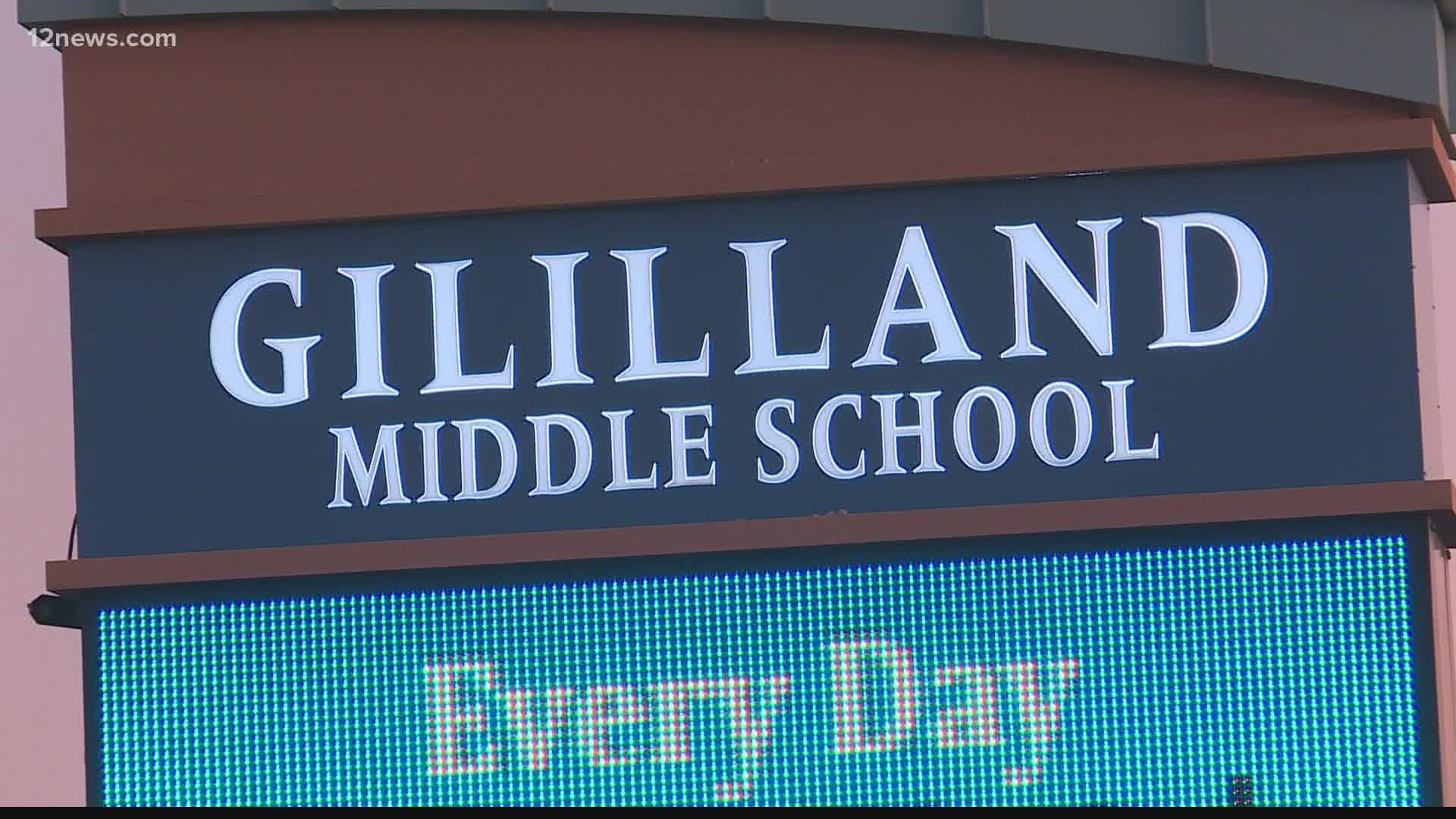 TEMPE, Ariz. — The Tempe Elementary School District sent an email to parents on Friday alerting them to landmarks within the city named after KKK members.

The email said the city of Tempe found, through searching historical records, that Gililland Middle School, Hudson Elementary School and Laird School were named after members of the Ku Klux Klan.

The KKK was a white supremacy group that began following the Civil War. Their primary targets for hate included African Americans, people of the Jewish faith, immigrants, Catholics, Muslims and LGBTQ.

According to the district, the local chapter of the KKK was focused on "anti-Catholic activity, and specifically against Catholic teachers in public schools."

The district stated there are currently no plans to rename the schools, but explained that the email was sent as a way to cultivate an "inclusive process in which all stakeholders will have the opportunity to contribute input."

Additionally, the district said that several streets, parks and historic properties were also named after KKK members in Tempe.

While the district made parents aware of the school names on Friday, citing a recent review of historical records, the Human Relations Commission has known about these connections since December 2020.

The Tempe City Council announced that they will discuss the recommendation to change the names of parks and street names – Hudson Drive, Hudson Lane, Laird Street, and Hudson, Harelson and Redden parks – at their meeting on Oct. 21.

A memo sent to Tempe's mayor and city council about the history of KKK members says Tempe had a chapter of the KKK in the 1920s.

"The stated goals of the Klan in this era were white supremacy, prohibition of alcohol, 'law and order' and '100 percent Americanism,'" the document says. "They were anti-Catholic and specifically against Catholic teachers in public schools."

The school district's governing board will handle decisions about the school names.

“Bringing this issue forward for community awareness and consideration is the right thing to do,” said Tempe City Manager Andrew Ching. “Together we can acknowledge the past and make purposeful decisions that reflect our community values of equality and anti-discrimination.”

Recently, changes have been made throughout the Valley and across the nation to remove names or monuments related to the Confederacy and other symbols associated with racism.

In July 2020, the United Daughters of the Confederacy removed two monuments from state property to private property. And in November 2020, two controversial street names were changed.

History of the names

The Tempe chapter of the Ku Klux Klan was called Butte Klan No. 3.

The following is listed in the memo sent to city officials detailing the history of Butte Klan memberships among former city leaders:

Laird School is named after Hugh E. Laird. He was mayor of Tempe for 14 years, served in the state legislature, and owned the Laird and Dines Pharmacy in downtown Tempe with his family. In 1952 the Laird family subdivided their cotton farm for housing. Hugh Laird named some of the streets after his grandchildren, including Laird Street for his grandchildren Laird Simpson and Hugh E. Laird II. Hugh Laird’s brother William Laird was also a member of the Butte Klan

Hudson Park, Hudson School, Hudson Drive and the Hudson Manor neighborhood are all named in part or whole for Estmer W. Hudson. He is known for developing Pima Cotton, which became a major crop in Arizona’s cotton industry

Redden Park is named after the Redden family. Two members of the family, Byron A. Redden and Lowell E. Redden, were in the Butte Klan. Byron was the most prominent member of the family – he worked for the Tempe Canal Company and was a member of the Tempe Union High School District Board.