There have been at least eight car crashes that have resulted in serious injuries or deaths in Phoenix and Glendale since Friday.

PHOENIX — The Valley has seen a series of serious and fatal crashes in recent days.

There have been at least eight car crashes that have resulted in serious injuries or deaths in Phoenix and Glendale since Friday.

The first accident happened Friday afternoon, when a 57-year-old woman was rear-ended by a 38-year-old man on a motorcycle while she was stopped for traffic at Eighth Street and Thomas Road in Phoenix.

Phoenix police spokesman Sgt. Tommy Thompson said the man was transported to the hospital in extremely critical condition, while the woman was evaluated on scene. Speed may have been a factor in the crash.

The next serious crash occurred in Glendale on Friday night, when a woman and her child were struck by a car while in a crosswalk near 67th and Missouri avenues.

The woman died from her injuries, Glendale police announced Sunday. The child was taken to the hospital with minor injuries, but is expected to recover. Impairment may have been a factor in the crash. It is under investigation.

RELATED: Mother dies after being hit by vehicle along with her child in Glendale

A 62-year-old man riding a motorcycle was taken to the hospital with critical injuries after he crashed into a car on Peoria Avenue near Interstate 17 in Phoenix, Thompson said.

The accident that happened around 2:30 p.m. Saturday occurred when the man did not stop for the red light at Peoria Avenue, entering the intersection and causing a crash.

The man was not wearing a helmet. It was not immediately known what caused the crash, but police suspected brake failure.

An accident at 15th Avenue and Indian School Road in Phoenix left a 28-year-old man dead around 7 p.m. Saturday, after the man crashed into a large palm tree.

Tompson said Danny Lopez Guerra was driving on Indian School Road when his car left the roadway for unknown reasons, crashed into the tree and a block fence and came to rest on its side.

Guerra was pronounced dead at the scene. Speed may have been a factor in the crash.

A pedestrian was struck and killed late Saturday when a car that was driving on Bell Road near 21st Street in Phoenix crashed into him.

Thompson said 54-year-old Manuel Araiza died of his injuries at a local hospital after a 28-year-old man driving a pickup truck struck him around 11 p.m.

The driver did not know where Araiza came from or which direction he was going before the crash. The driver was not impaired.

A driver sustained life-threatening injuries Sunday after a multi-car crash occurred at the U.S. 60 and 63rd Avenue in Glendale.

Det. Nick Stepp with the Glendale Police Department said the unidentified driver was speeding and using his cell phone before the crash.

The driver was transported to a local hospital, where he remains in critical condition. No one else was injured in the crash. Impairment may have been a factor.

A 21-year-old woman was arrested after she allegedly caused a car accident near 41st Place and Thunderbird Road around 10 a.m. Sunday, Thompson said.

Sara Sloan was booked into the Maricopa County Jail on one count of aggravated assault after she failed to yield at a stop sign and hit a 29-year-old man on a motorcycle.

The unidentified victim was seriously injured from the crash. He is currently in critical condition. Sloan was believed to be impaired when the crash occurred.

Thompson said another crash involving a motorcycle and a four-door sedan occurred near 43rd and Dunlap avenues on Sunday.

The motorcyclist was transported to a local hospital with non-life-threatening injuries. No other information was immediately provided.

Other Valley crashes with minor injuries

A man suffered some injuries to his arm, shoulder and hand after a car suddenly crashed into a Phoenix bus stop on Friday.

Rene Flores was injured after a driver crashed into the bus stop near an intersection at 32nd and Van Buren streets, Thompson said.

Surveillance video from the nearby Exxon caught the entire terrifying crash on camera. 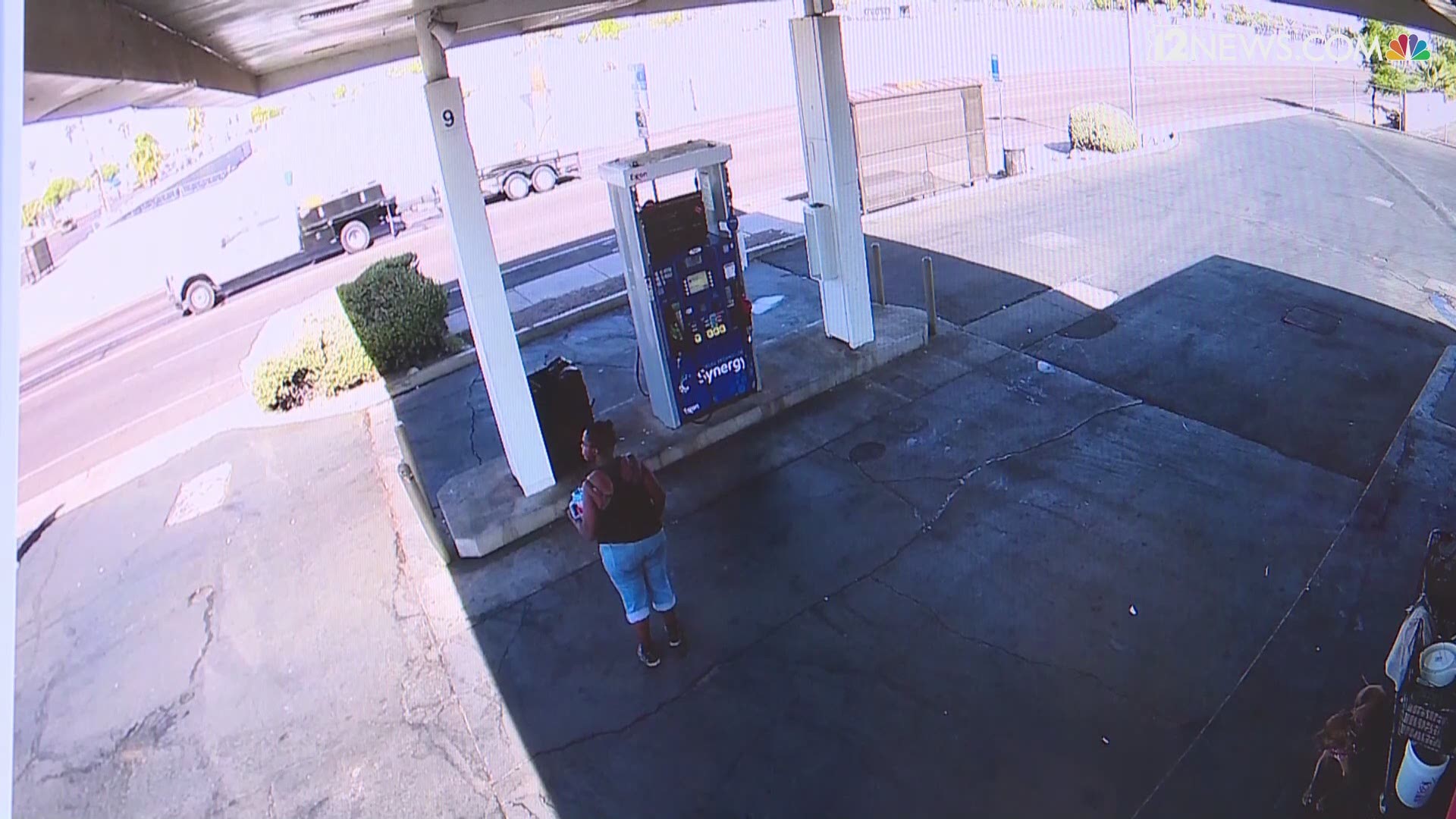 Thompson said the unidentified driver told police her brakes failed. Impairment does not seem to be a factor in the crash.

A roll-over crash on I-17 near Black Canyon City caused northbound drivers to come to a crawl and resulted in minor injuries, according to Daisy Mountain Fire and Medical.

A Scottsdale police officer was injured after a woman crashed into a police SUV early Saturday, causing it to crash into another police car and injure the officer.

Silvia King, 33, was arrested after she crashed into the officer on Scottsdale Road north of McDowell Road around 1 a.m. while he and another officer were conducting a records check for an unrelated traffic stop.

King was found to be impaired at the time of the crash. She was booked into jail on misdemeanor charges of extreme DUI, reckless driving and endangerment.