Two of the people were critically injured after they jumped out of the second-floor window of the residence before firefighters arrived, officials said. 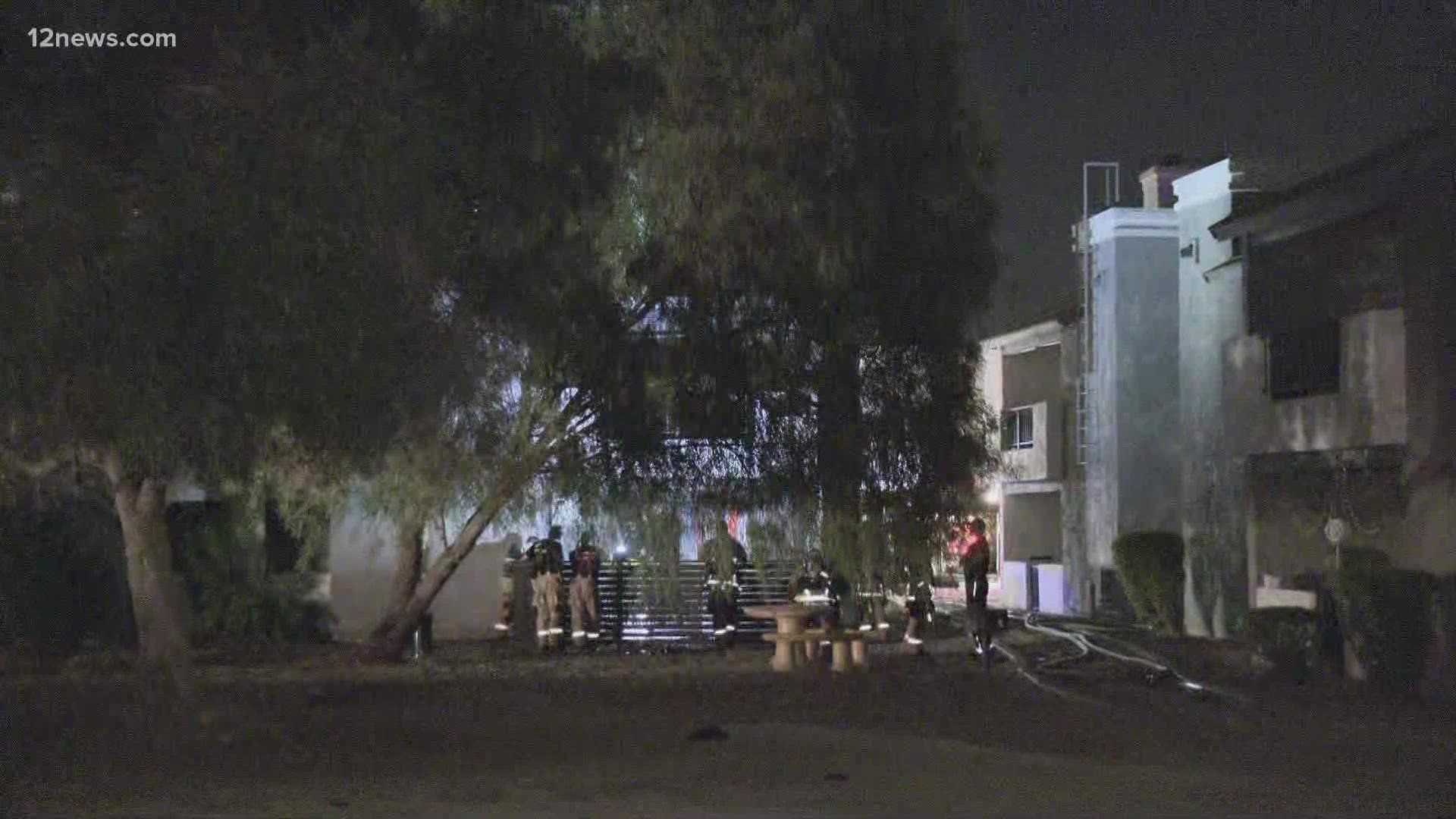 PHOENIX — Three people were sent to the hospital, two in serious condition, after they jumped from the second-floor window of an apartment complex during a fire, the Phoenix Fire Department said.

The three people jumped from the apartment's window before firefighters arrived on the scene, firefighters said.

The fire, which happened early Tuesday morning, ignited at an apartment complex near the intersection of 48th Street and Warner Road in Ahwatukee, the department said. Initial reports from the scene said the entire second floor of the apartment was consumed with flames.

Firefighters extended hoses to the second floor and adjacent units to attack the fire, the department said. No firefighters were injured and the department is working to help the two families displaced by the fire.