3 people attacked by bees in Scottsdale

Scottsdale firefighter were able to rescue two from a swarm of bees, but a landscaper, stung multiple times in another area of the city, is in critical condition. 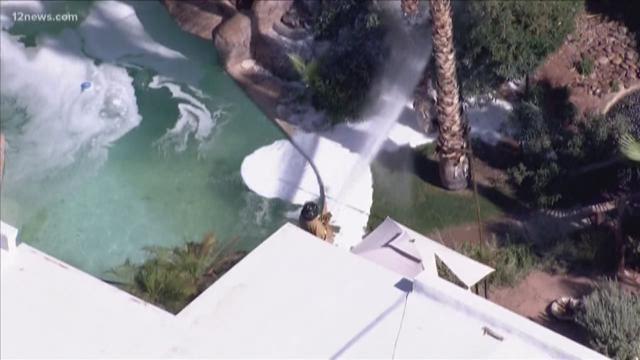 SCOTTSDALE, Ariz. - Three people were attacked by bees in Scottsdale Thursday, according to the Scottsdale Fire Department.

Scottsdale firefighters first responded to the area of 7400 E. Wethersfield after a bee swarm was reportedly attacking two people.

Firefighter arrived to find one person was being "actively" attacked by the swarm. Scottsdale fire said firefighters were able to rescue that person.

According to Scottsdale fire, both people refused to be taken to a hospital.

Later in the day, firefighters responded to another reported bee attack in the area of 8651 E Royal Palm.

The man is in critical condition, Scottsdale fire said.