11-year-old girl on life support, will not recover after her family was hit while walking in Phoenix

A total of five patients, three of them children, were sent to local hospitals. 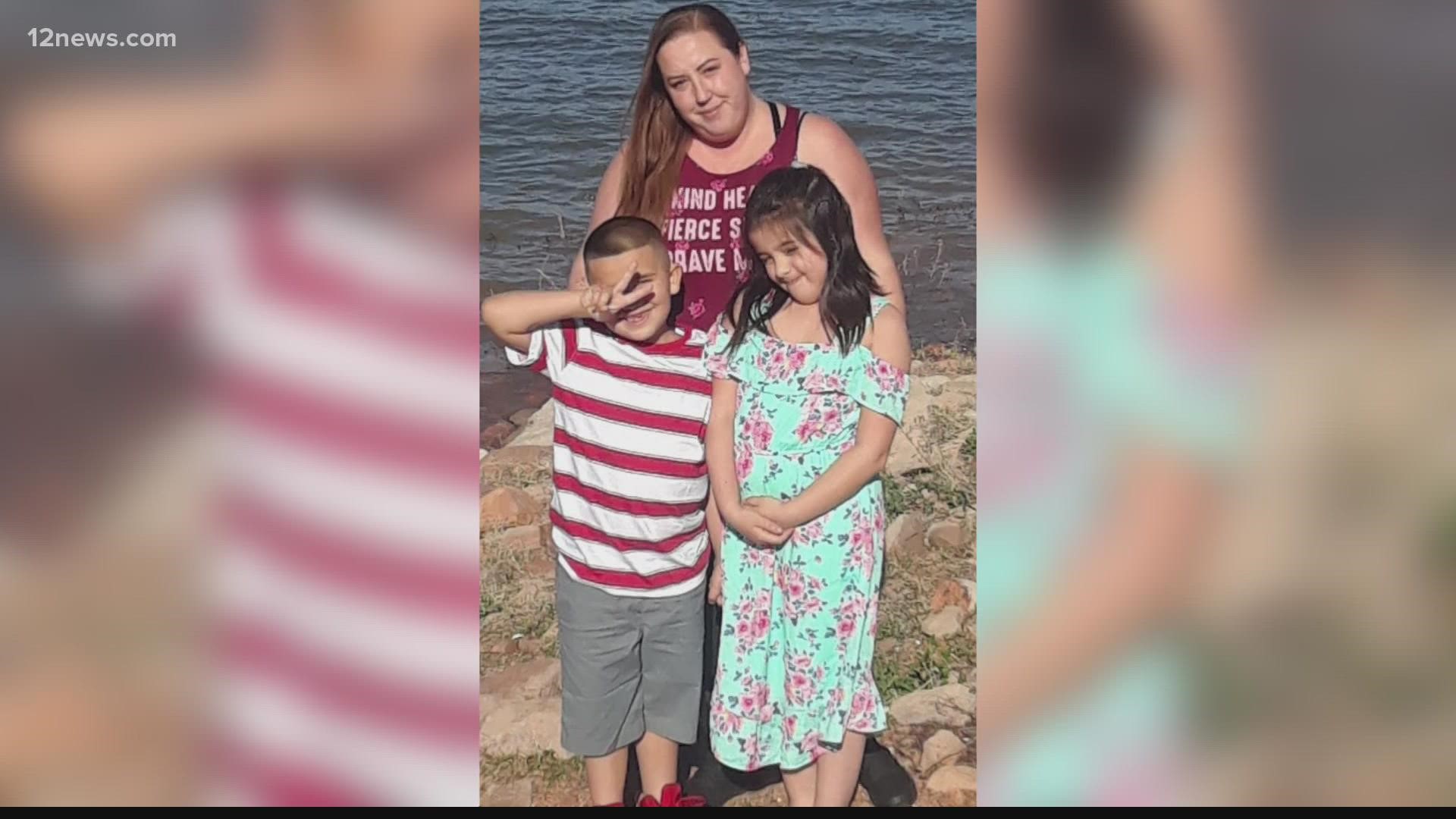 PHOENIX — Editor's note: This story has been updated to reflect the condition of one of the victims after 12 News spoke to the family

An 11-year-old girl is on life support and reportedly brain dead after she and her mom, brothers and cousin were hit by a car while walking on the sidewalk in Phoenix Friday afternoon, authorities said.

Kimberly Sipes, the victim's grandmother said that Alysah Marin was placed on life support following the accident. Medical staff at Phoenix Children's Hospital are waiting for her mom to be out of surgery to turn off the machines.

The family has set up a GoFundMe to help with funeral costs.

Marin's mother was taken to St. Joe's for injuries she sustained in the crash.

According to officials from the Phoenix Fire Department, the crash that occurred near 43rd and Clarendon avenues injured five people, three of them were kids.

Phoenix fire units were reportedly dispatched to the area for reports of a car crashing into an electrical pole and hitting three pedestrians.

The gold sedan was redirected off of the roadway and hit a group of pedestrians walking southbound on the east side of 43rd Avenue on the sidewalk.

Five patients were on scene, according to a release from Phoenix fire. The three children were sent to Phoenix Children's Hospital for evaluation and the two other adults we sent to other local trauma centers.

Officers evaluated the driver of the silver sedan, Fernando De La Garza, and said he had signs of impairment. He was later booked into the Maricopa County Jail for one count of manslaughter, one count of endangerment and two counts of aggravated assault.

Phoenix fire officials also said SRP was called to evaluate the condition of the power lines and poles that were hit during the crash.

This is a developing story. We will update the article as soon as we have more information.