Amtrak conductor Mitchell Bates was killed when the train derailed. To this day, investigators are still stumped as to who caused the crash. 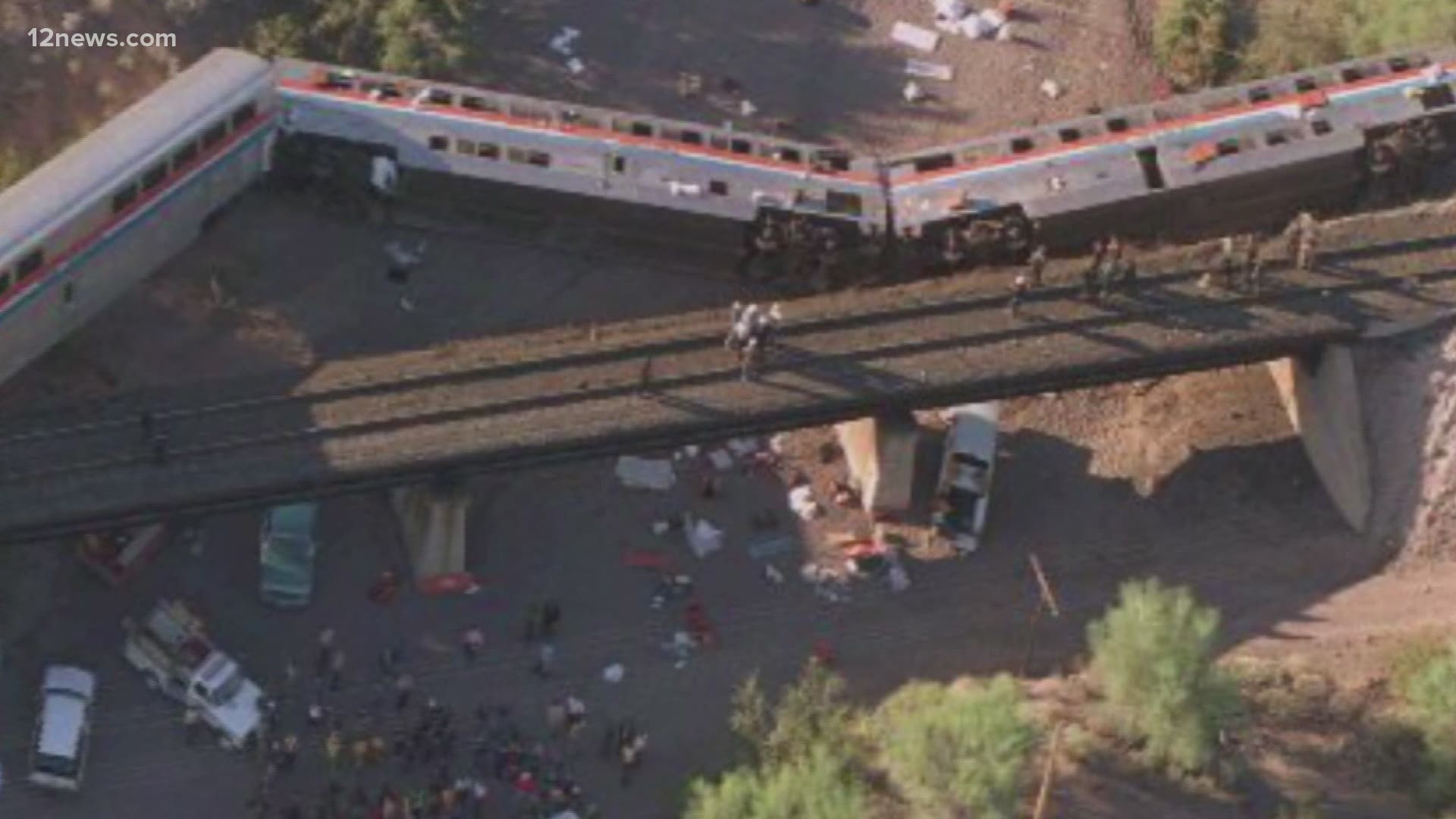 PHOENIX — An Arizona mystery with chilling clues and no answers.

The deadly Sunset Limited train derailment happened 25 years ago on Oct. 9 in the middle of the desert about 70 miles southwest of Phoenix.

Investigators say someone plotted the attack that left a conductor dead and injured several passengers.

"I had been dead asleep," Neal Hallford recalls.

"The first thing I remember is hearing the brakes screaming. All the other passengers in my car were screaming. And a very hard impact and a sudden stop."

His trip to San Diego, where he now lives, cut short when the train went off the rails after someone tampered with the tracks.

"It is chilling to realize that somebody tried to kill everybody on the train," he says.

Amtrak conductor Mitchell Bates was killed when the train derailed. To this day, investigators are still stumped as to who caused the crash.

"Of the major hurdles is that it's 25 years old," says Special Agent Michael Lum, who's been on the case for the past seven years.

Some of the evidence includes letters left at the scene, signed "Sons of the Gestapo."

"To date, we haven’t been able to verify if Sons of the Gestapo is a valid group," Lum says.

Neal says he saw one of the letters himself outside his train car and brought it to investigators.

"I just go 'Holy crap.'  Everything I know about this wreck is just completely flipped upside down."

The FBI says they can’t talk about their leads or whether they have any suspects.

They still asking people with any tips to come forward. No detail is too small. The reward for information leading to an arrest and conviction is up to $310,000.

As for Neal, he's dedicated hours and hours to sharing his story and searching for answers.

"I had nightmares for years after."

He's done interviews with national outlets and even wrote about his experience in a book.

Now, he’s teamed up with an independent investigator to try and unearth any secrets hidden for 25 years.

He hopes to create his own documentary to share his story with others in hopes of getting justice.

If you have information about the derailment of the Sunset Limited, please report it to the FBI Phoenix Field Office at 623-466-1999 or tips.fbi.gov.