Agreement on renovations would keep the team at the city-owned arena until 2037. 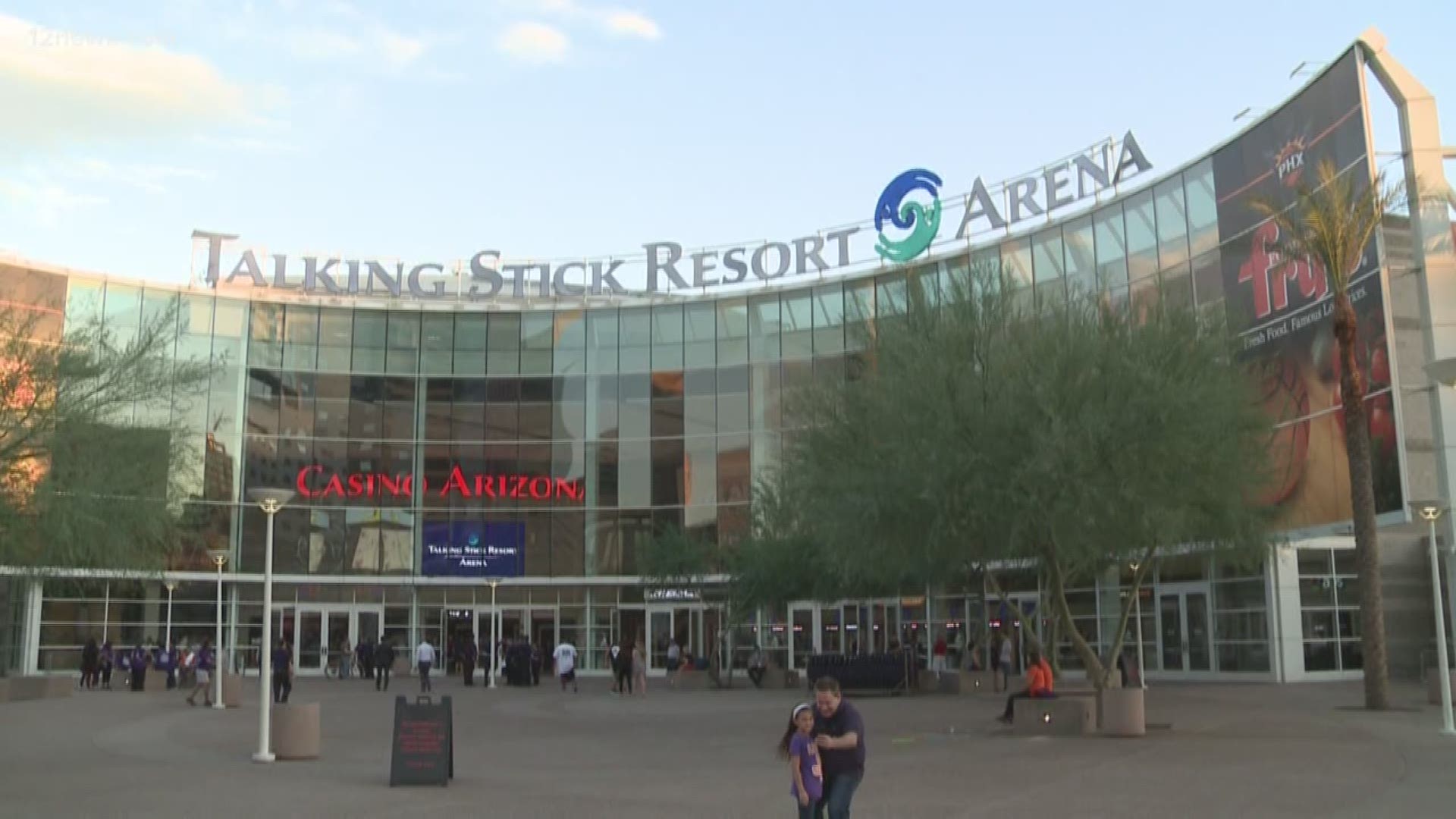 The Phoenix Suns and the City of Phoenix have nailed down a $230 million deal that would keep the Suns at their downtown arena for the next 20 years, 12 News has learned.

The deal would pay for a three-year renovation of city-owned Talking Stick Resort Arena and a new training facility for the Suns.

The city would kick in $150 million from its Sports Facilities Fund, which is financed by hotel and rental-car taxes.

The Suns' current lease gives them an out in their arena lease by 2021. The new deal would keep them downtown until 2037.

The City Council will vote on the agreement at its meeting next Wednesday.

The agreement caps almost two years of on-and-off, secret negotiations between the team and the city ahead of a potential 2022 move out of the arena.

For almost two years, the city has declined to release the results of a $200,000 consultant study of the 26-year-old arena— the oldest in the NBA—and the potential for dual use with the NHL's Arizona Coyotes.

Earlier this year, a developer sued the city to obtain the study. City officials claimed the documents were confidential under a non-disclosure agreement.

The deal revealed Thursday would cost about half the $450 million renovation that the city and Suns were reportedly working on a year ago.

Reports on leaked details of the new deal had suggested the money was coming out of the general fund that covers the day-to-day expenses of running the city.

The city's police union has contended the money would be better spent on public safety.

The Sports Facilities Fund, while used to build Talking Stick Resort Arena and other projects, can be used to fund general expenses, with City Council approval.

Politically, the deal would remove a potential headache for the next mayor of Phoenix.

Former Councilwoman Kate Gallego has said she would oppose public financing for an arena.

Her opponent in the March runoff election, former Councilman Daniel Valenzuela, hasn't made any commitments. Campaign finance documents show at least three partners in the Suns have made about $17,000 in donations to Valenzuela.

Gallego finished 18 points ahead of Valenzuela in the November election but failed to garner the 50 percent plus one vote needed to avoid a runoff.

The arena generates $26 million a year in direct taxes to the state, the city and Maricopa County.

The first round of arena renovations are expected to begin in May 2019, after the end of the current season, and end in October. The next two rounds would follow the same off-season cycle, in 2020 and 2021.

Under the renovation plan, the Suns would move their practice facility out of the arena to a new building in Phoenix, at a cost of $25 million to $50 million.