There were not any injuries reported, officials said. 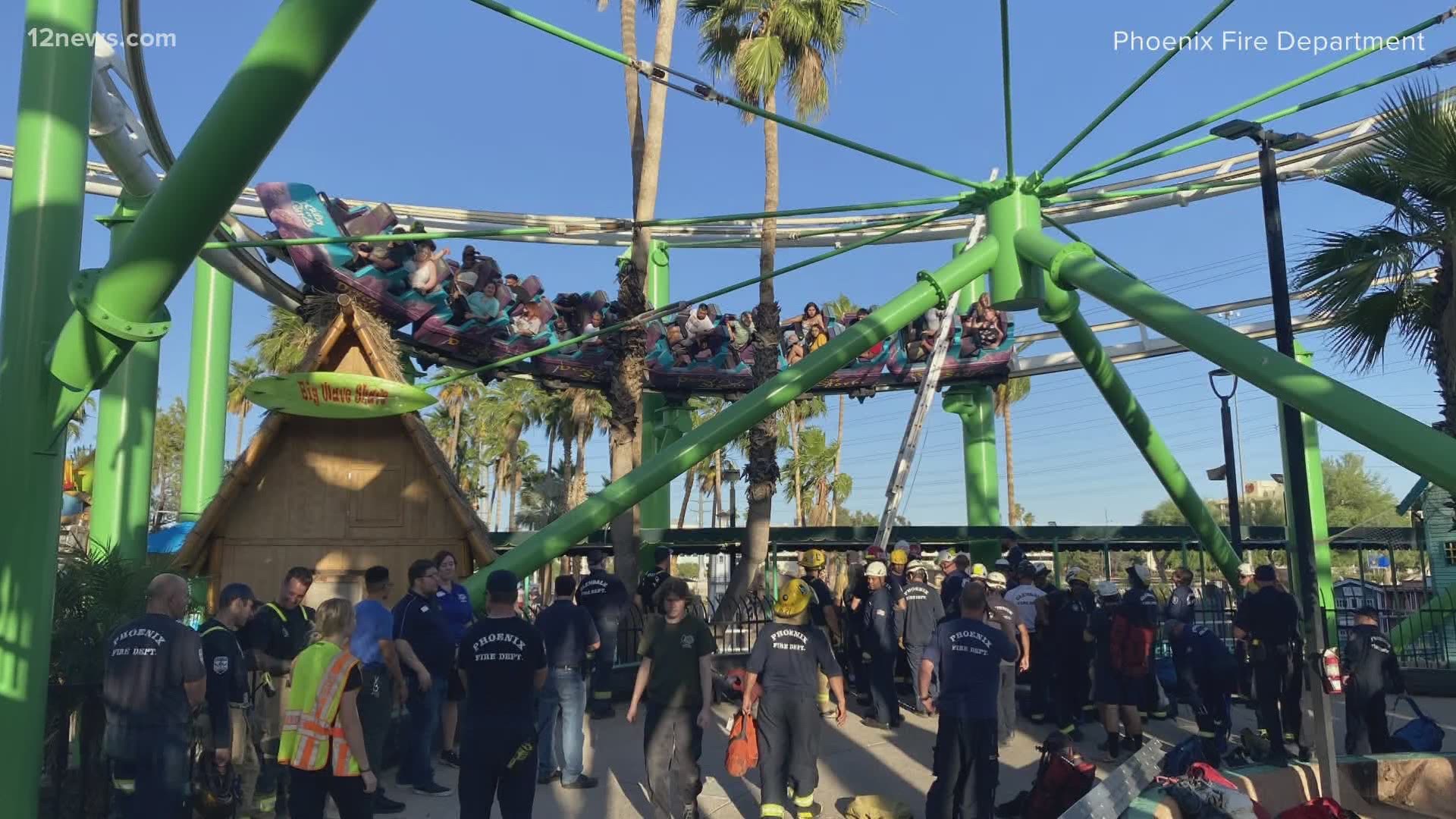 The Desert Storm roller coaster stalled at around 5:30 p.m., fire officials said. The ride stalled about 20 feet off the ground on a horizontal loop.

Technical rescue teams with the Glendale and Phoenix fire departments used a cinch collar and harness to safely bring everyone off the ride, officials said.

"It’s a backup system and kind of contingency plan," Capt. Todd Keller with Phoenix Fire said of the technique used to lower people down.

12-year-old Joseph Alavaraz was one of the 22 people stuck on the ride.

"We were all leaning down like that and it was very scary," Alavaraz said.

Alavaraz said it was his first time at the park. Adding that, while the situation was scary, he's grateful for the firefighters' work.

"I felt kind of safe because they were holding the thing down and they were helping me get down," Alavaraz said. "But the scariest part is when we had to switch to ladder."

Everyone was evaluated and there were no reportable injuries, officials said.

12 News has contacted Castles n' Coasters about why the roller coaster stalled. We have not received a response back yet.

Firefighters are currently lowering the riders off the coaster using a High Angle Belay System. pic.twitter.com/h9dHgy49iE

12 News will continue to update as more information is provided.