An officer was taken to a local hospital for precautionary reasons, but no other injuries were reported. 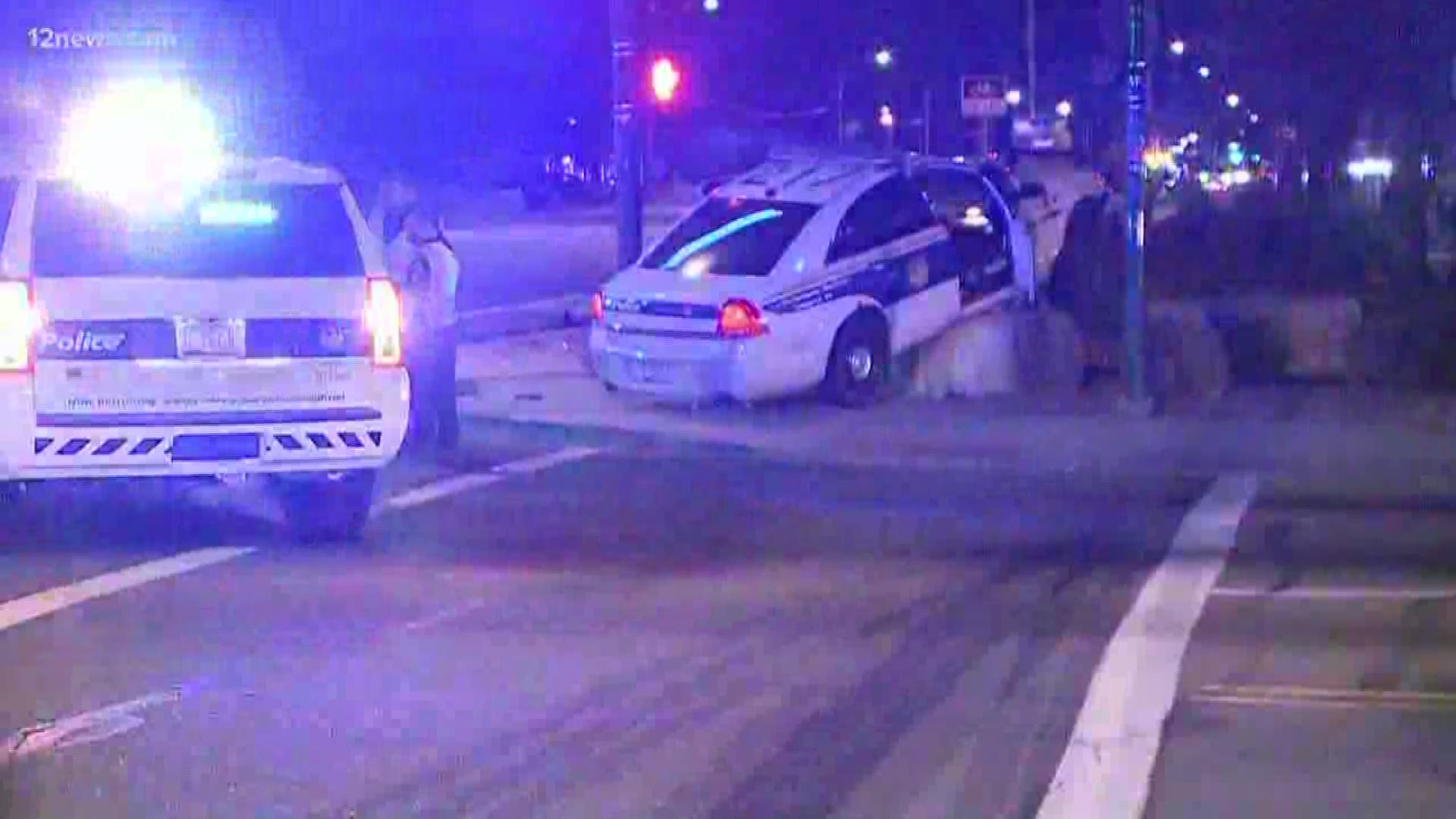 Phoenix PD said one of its officers was driving through the intersection of 24th Street and Southern Avenue around 8 p.m. when a car crashed into her police vehicle.

Police said the driver who crashed into the police car may have been impaired.

A second two-man police vehicle responded to this crash to assist with traffic control when another car crashed into that one near 23rd Street and Southern Avenue – causing the police vehicle to roll on its side.

Police said it is unknown if impairment was a factor in this second crash.

The officer in the first crash was taken to a local hospital for precautionary reasons.

No other injuries were reported in either crash.

• What comes next after Lori Vallow was arrested in Hawaii?