One firefighter remains on a breathing machine, a department spokesperson said, and has undergone two surgeries. 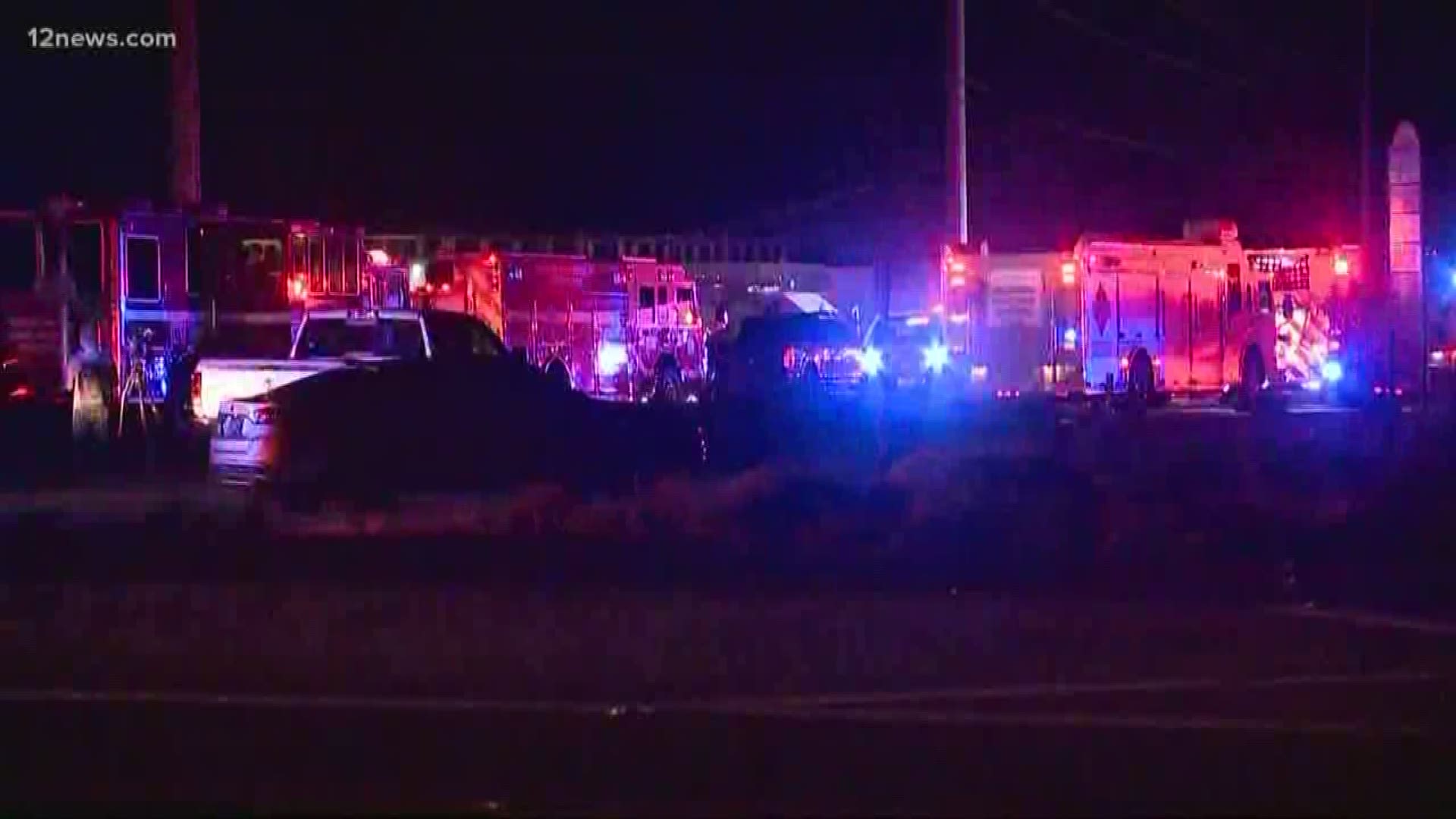 PHOENIX — Peoria Fire-Medical Department engineer Michael Selmer said Friday's explosion in Surprise was the biggest call the department has responded to in his 19 years with the department.

Eight Valley firefighters were injured in the explosion at an APS energy storage facility. Selmer said Monday the incident, which involved four firefighters from the Peoria Fire-Medical Department's hazmat team, has been a shock to the department.

The team, Selmer said, hadn't seen a call of this magnitude in nearly two decades.

"With having four of our firefighters injured all at the same time and then the extent of the injuries of the majority of them is just overwhelming for us," he said. "We're just not used to it."

Selmer described the aftermath of the scene as a "sad sight," saying the helmets and face masks of the firefighters were blown off.

Selmer said the initial call that kicked out was for smoke in the area. A Surprise fire unit responded, but immediately recognized it was a bigger situation and called for the Peoria hazmat team to assist.

According to Peoria Fire, the facility contained lithium ion batteries that were able to store enough energy to power 1,000 houses for an hour. The investigation is still ongoing on whether or not the batteries or something else led to the fire and explosion Friday night.

Selmer said the hazmat team followed protocol, waiting for readings inside the building to go down to the point where they could enter. However, as the team started to move in, an explosion occurred.

RELATED: Firefighters continue to recover after explosion in Surprise

Selmer said Engineer Justin Lopez took the brunt of the explosion and was flown to a hospital with life-threatening injuries. He has since undergone two surgeries and is scheduled for a third. Selmer said Lopez suffered a nose fracture, skull fracture, collapsed left lung side, rib fractures, leg fracture, and an artery in his leg was slashed.

Two firefighters who were released from the hospital, Matt Cottini and Jake Ciulla, both readmitted themselves into the hospital on Sunday morning.

Selmer said Cottini suffered a left knee injury and multiple burns and lacerations. He was discharged Saturday evening but called 911 from home with severe headaches Sunday. He was transported back to the hospital.

Ciulla, the youngest of the four firefighters, was brought back to the hospital by his father with concerns over him experiencing full body aches and pains, Selmer said. He was cleared, discharged and is back home at this time.

Selmer said the firefighters also suffered inhalation burns, but the long-term effects of their injuries are not known at this time.

APS released a statement Monday saying the company had "equipment failure," but "we can't speculate on the root cause of the incident."

We want to emphasize our appreciation for all of the responders who were involved, and our support for those who were injured in the line of duty. Their health, safety and recovery remain our top priority.

An investigation with APS, multiple government agencies, manufacturers and third-party engineering and safety experts is underway. What we know at this point is that we had an equipment failure. We can’t speculate on the root cause of the incident – whether it was the battery unit itself or another grid component. A thorough investigation will help us determine what exactly went wrong and why.

If you would like to help the families of the firefighters, Peoria Fire said you can donate at pffc.org.