Police: Suspect was driving nearly 100 miles per hour before crash that killed 3, injured 6 in Phoenix

Five vehicles, including a bus, were involved in the crash near 7th and Missouri avenues, police said. 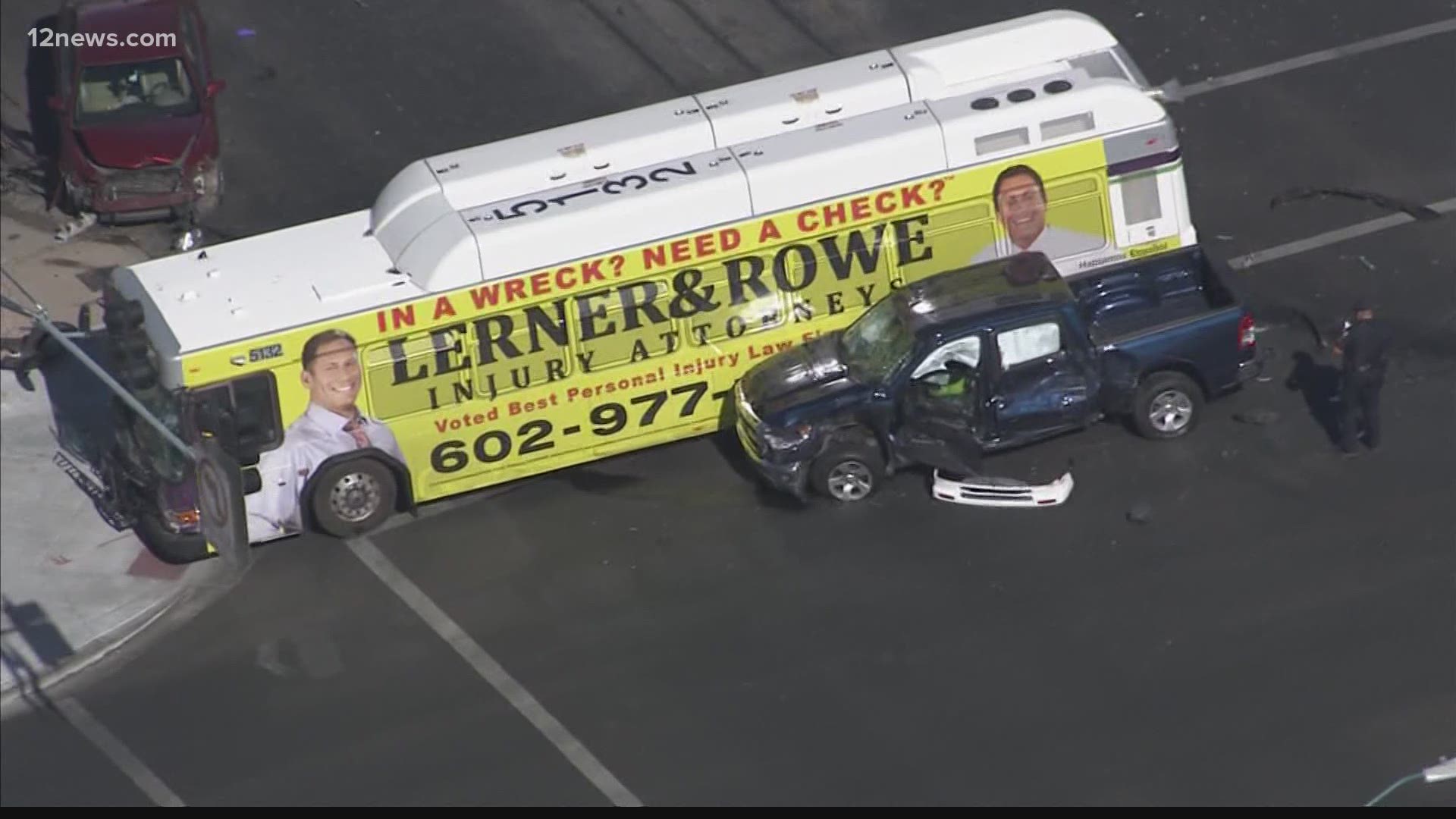 PHOENIX — A 33-year-old man who police said was driving a stolen car is allegedly the cause of the multi-car crash in Phoenix that killed a mother and her two teen children and injured six others Thursday afternoon.

Officers responded to the area of 7th and Missouri avenues around 4 p.m. When they arrived they identified five vehicles and nine people involved in the crash, including 45-year-old Courtney Lonergan who died at the hospital, her son Ali Geer, 18, and daughter Almira Geer,16, who both died at the scene, police said.

Police initially identified Lonergan's children as two teen daughters but later confirmed them as her son and daughter.

Police said the suspect, Raymond Montgomery, was in a dark blue 2010 Cadillac SRX with a woman he knew when they say he struck her in the face then stole the car. The woman was able to get out of the car before Montgomery left, officials said.

Investigators found that the Cadillac was traveling eastbound on Missouri at nearly 100 miles per hour and ran a red light at 7th Avene, crashing into Lonergan's 1989 white Honda Civic that was traveling south on 7th Avenue.

The force of the initial crash caused the Honda to hit a 2019 Dodge Ram pickup truck, which was occupied by a 38-year-old man and a child and had been traveling north on 7th Avenue. The Dodge Ram then hit a city bus that was also traveling north and being driven by a 59-year-old man with two adult passengers. None of them had serious injuries, police said.

The Cadillac continued driving east and hit a pedestrian who was crossing Missouri in the crosswalk on the east side of 7th Avenue. The female pedestrian was transported to the hospital with non-life-threatening injuries, officials said.

The driver of the Cadillac, Montgomery,  then continued to hit a Chevy Malibu that was waiting on Missouri at the red light to travel west. The two women in the Malibu were not seriously injured.

Police said both impairment, marijuana and PCP, and speed were factors in the collision. Montgomery was released from the hospital Friday afternoon and faces three counts of first-degree murder.

Court documents show Montgomery was driving at 97 mph in an area where the speed limit was 35 mph.