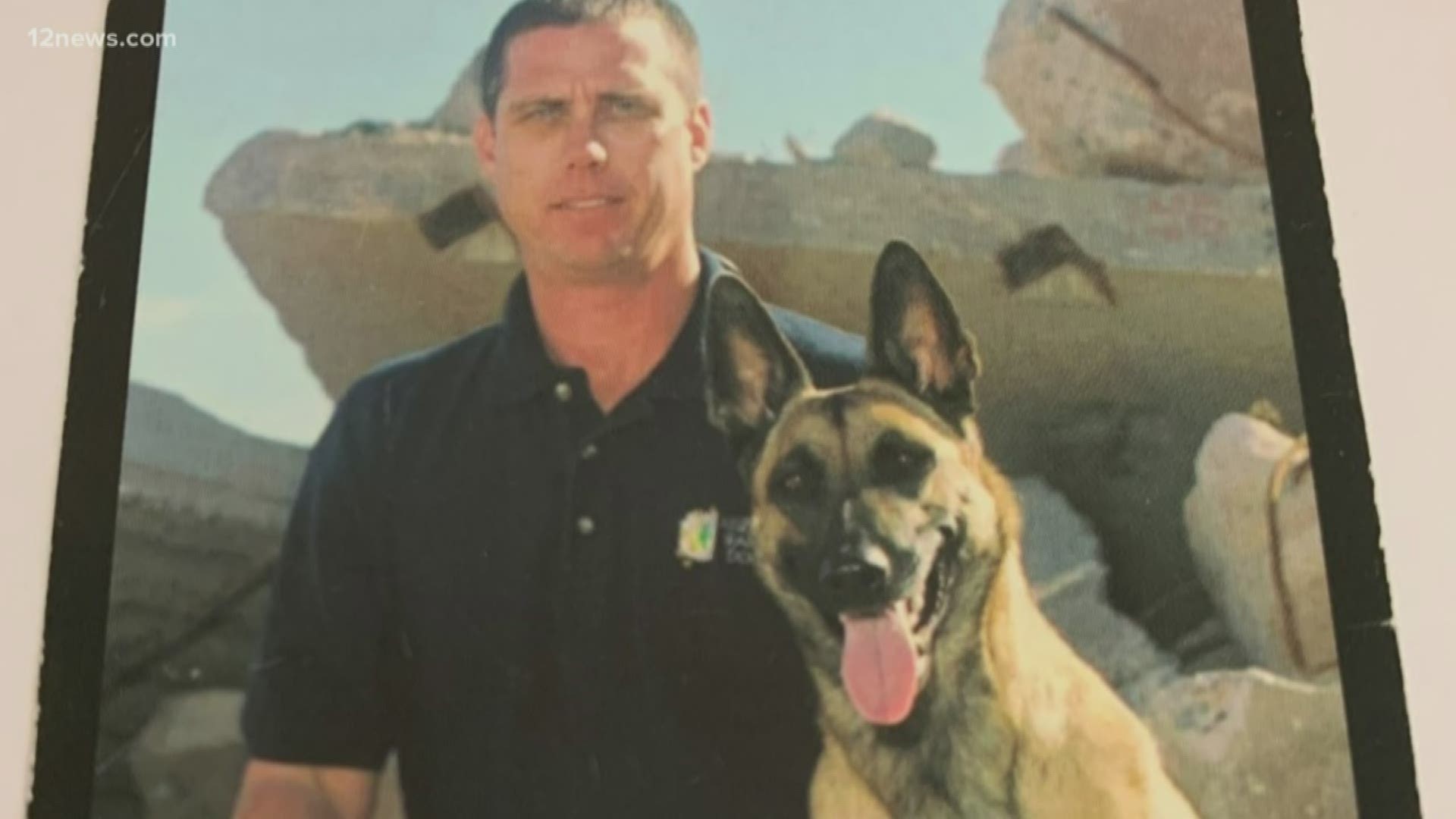 PHOENIX — This year marks 18 years since the 9/11 terrorist attacks and still nearly 100,000 responders and survivors, whose health was impacted by the attacks, receive medical monitoring and treatment today. 350 of those live right here in Arizona.

The World Trade Center Health Program is helping provide high-quality, compassionate care to those most impacted.

Devastation stemming from the Sept. 11 attacks in New York, the Pentagon and Shanksville, Pennsylvania is still felt today.

“People have had cancer and have passed away, people have breathing issues,” said retired canine search specialist Steve Rochford. “It’s something that definitely sticks with you.”

“We were in the process of getting my dog certified so that in the event there was a disaster, we could go… and then the disaster happened,” he said.

“I’ve seen disasters, but this was something that… you’re going up and you’re like I’m out of my league here, pretty overwhelming,” he said.

All these years later, the reality is still sinking in.

“There’s hundreds if not thousands of people that are suffering as a result of providing the services that they did,” said Rochford.

That’s why it’s so important programs are in place to monitor and treat responders and survivors.

“I’m healthy… but a lot of my brothers and sisters aren’t as lucky…” he said. “…cancers and respiratory issues and stuff like that.”

Ultimately, so those directly affected by the September 11th terrorist attacks are able to get the help they need while moving forward in the healing process.

“We are here around the clock, all year round,” he said.

The World Trade Center Health Program provides medical and mental health services at no cost to 9/11 responders and survivors through the James Zadroga 9/11 Health and Compensation Act.