Police said Crispin Acevedo, 20, was allegedly arguing with his 18-year-old girlfriend when her brother intervened. 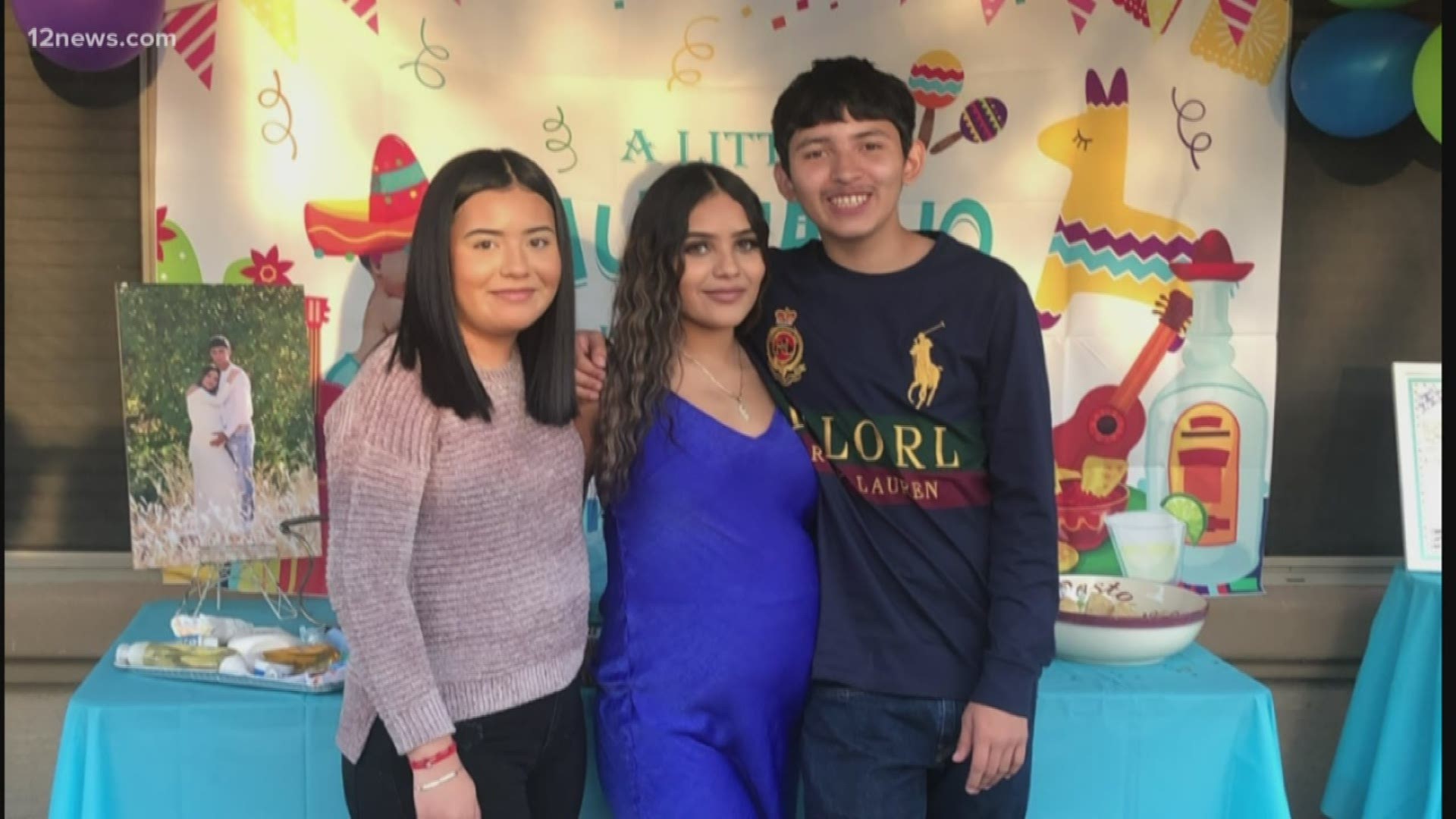 PHOENIX — Phoenix police arrested the suspect believed to have shot and killed a 17-year-old boy after he intervened in a domestic violence incident.

Officers responded to a domestic violence incident at a home near 71st Avenue and Van Buren Street Wednesday just before midnight, according to Phoenix police.

Investigators say Crispin Acevedo, 20, was fighting with his 18-year-old pregnant girlfriend. The 17-year-old, identified as Jesus Gutierrez, intervened and was shot by Acevedo, according to police.

Gutierrez later died at a hospital.

The woman told investigators Gutierrez was her brother.

Court documents say Acevedo and his girlfriend were arguing when he pushed her onto a bed and started to choke her. When her sister knocked on the bedroom door she went into the hallway. The 18-year-old woman told her sister to call the police.

Gutierrez went into the room and told Acevedo to calm down. The two young men started arguing. That's when Acevedo grabbed his handgun off the bed and shot Gutierrez, according to court documents.

Acevedo reportedly pointed the gun at the other siblings in the home and then at himself before running away.

Acevedo was found and arrested near 83rd Avenue and Thomas Road Thursday morning.

Acevedo has convictions for felony theft. He was not allowed to legally have a weapon. He could face charges for second-degree murder, aggravated assault and illegally possessing a weapon.