13 students suspended for vaping at a Phoenix high school

A total of 26 students have been suspended in that district the first two weeks of school. 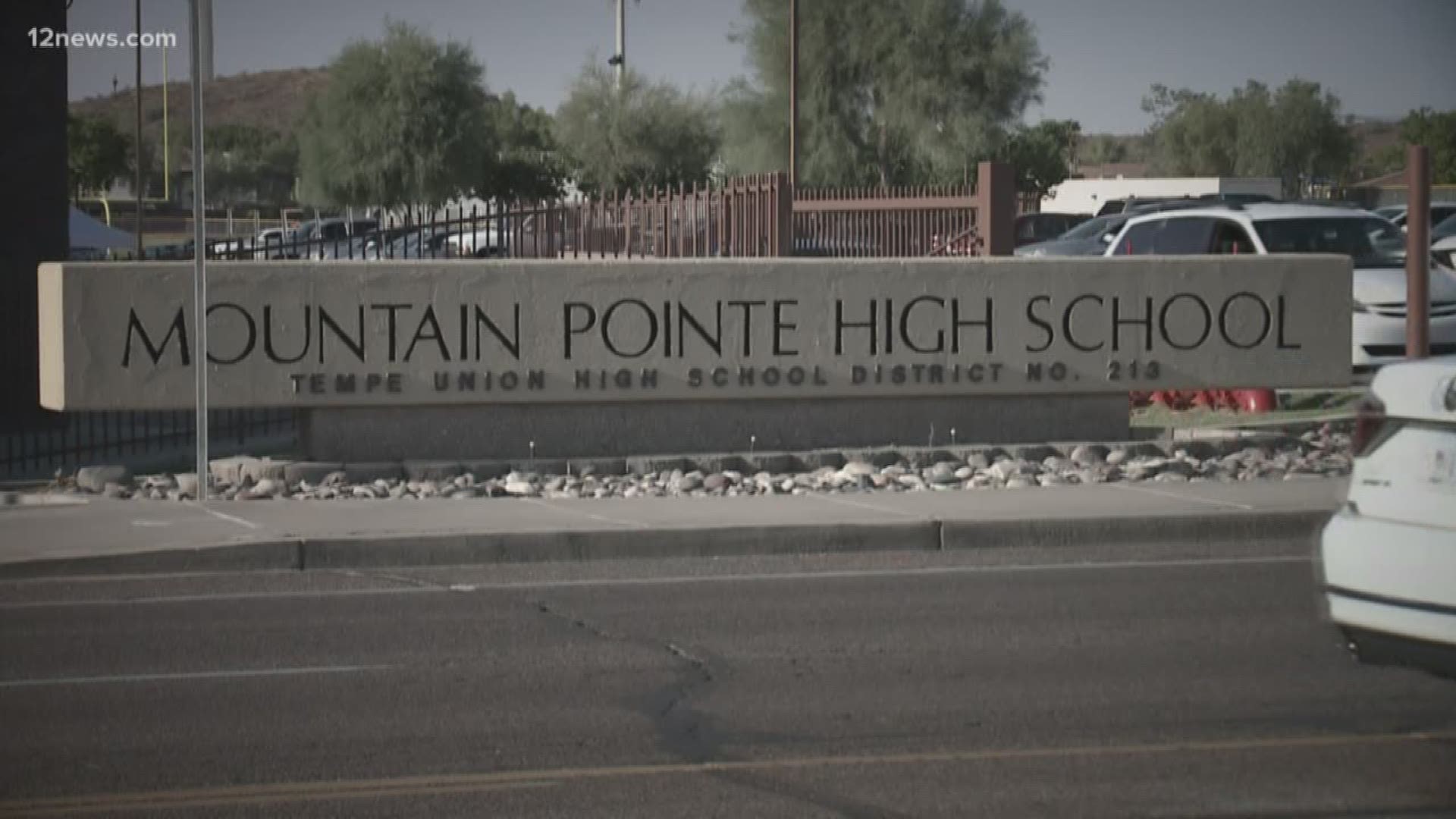 PHOENIX — Mountain Pointe High School suspended 13 students for vaping in just the first two weeks of school. It's part of a growing epidemic across the country where more than 2 million middle and high school students were current users of e-cigarettes in 2017.

Mountain Point is the third biggest high school in the Tempe Union High School District. Jennifer Leiwer, the district's spokesperson, said, “Mountain Pointe has really made an effort this year to do bathroom checks, to be keeping an eye out. It’s one of their main priorities because they understand the seriousness of vaping and so their numbers are higher but that could be for a couple of reasons. It’s not to say more kids are vaping there but more kids are definitely getting caught.”

She said out of all 7 high schools in the district, a total of 26 students have been suspended the first two weeks, the same number as last year during the same time. “This is a serious health problem for our students and we need them to understand that.”

But the use of e-cigarettes among youth nationally is reaching epidemic proportions, causing the FDA to launch their own campaign to warn kids about the dangers. The FDA has even cracked down on retailers and manufacturers who target e-cigs to kids.

RELATED: How is Arizona responding to vaping dangers to teens?

Last September, Marcos de Niza High School launched a campaign "Vanish the Vape," that hit all 7 schools throughout the district, which aimed to inform students and families of the consequences of vaping on campus and educate parents, students, and faculty about the dangers of vaping and e-cigarettes through PSA's, the web, TV, flyers, handouts, newspaper ads and social media.

This year, student body president Brach Drew wants to up their game by encouraging students to help their friends stop vaping. He said there needs to be “Less of a big program or advertisement that’s trying to attack them and more ideas or more support and help, we want to help you we don’t want to put you down.”

Leiwer added, “What we know is students listen to students. So we’re going to be working with students at different campuses to really identify ways to try to help get this problem under control… At the end of the day, it’s about keeping kids safe.”

RELATED: Here's what parents should be doing to keep their children safe online

RELATED: Valley senior targeted by cyberbullies fights back by speaking up