The boy was watching videos when he heard an explosion. "It, like, shook everything and then my TV fell down," he said. 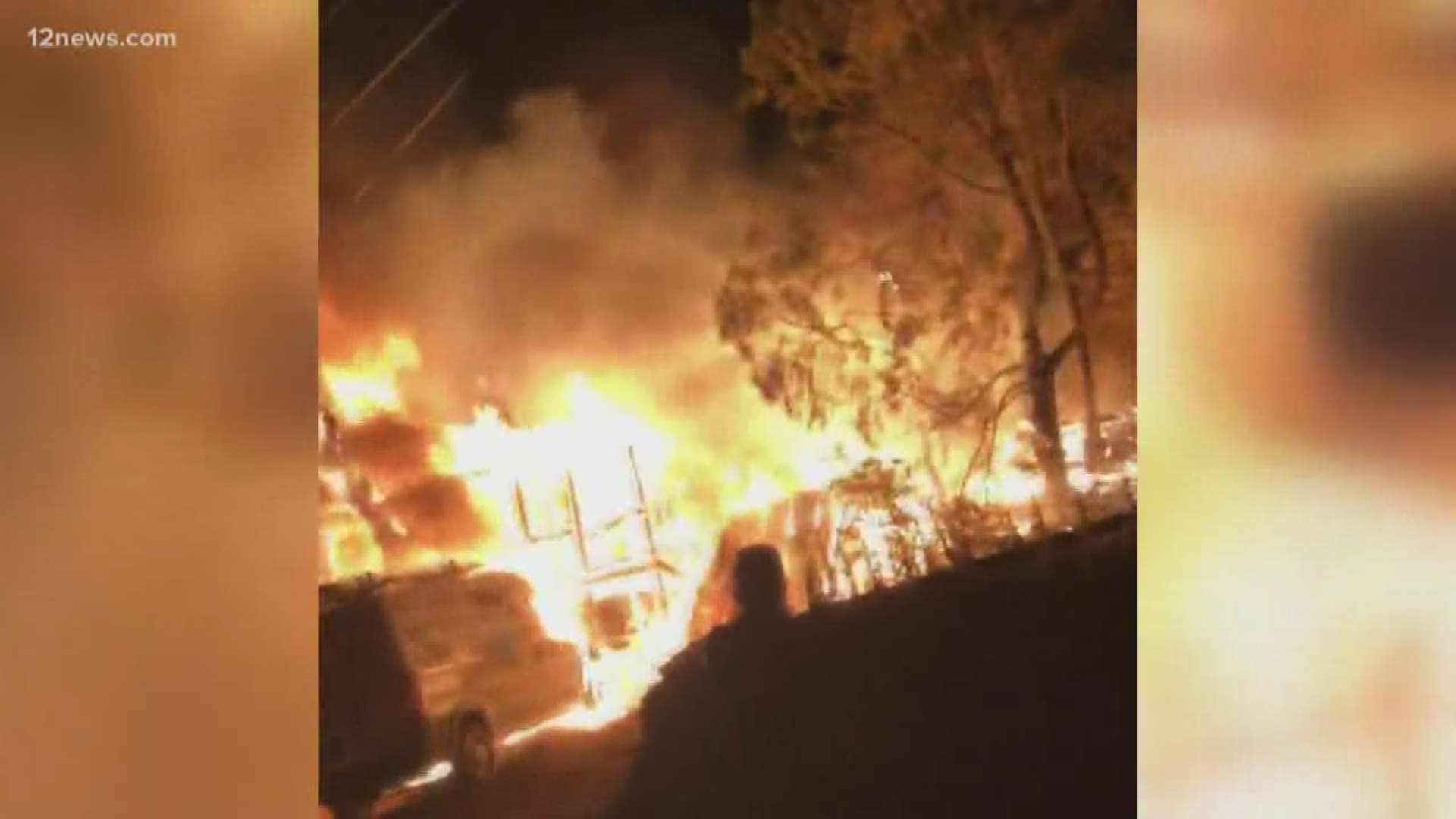 PHOENIX — A 12-year-old Ahwatukee boy is being called a hero after he saved his dad from their burning home.

Ryan Harelson and his son James were planning on having a relaxing boy's weekend at their Payson vacation home, but things took a turn Friday night.

The two were sitting by their fire pit when they say an ember fell out and ignited a fire.

They both jumped into action and put the flames out with water and a fire extinguisher.

They thought they were safe and eventually decided to turn in for the night.

Ryan took a sleeping pill and fell asleep on the couch while James looked at videos on his phone.

That's when James heard an explosion.

"It was just like a boom," James said. "It, like, shook everything and then my TV fell down."

James looked out his window and saw the flames had already spread.

"I see an orange glare in the woods. I ran downstairs, opened the door and saw the tree as on fire. My heart just dropped. I was so scared," James said.

James ran to wake up his dad. He started screaming, but Ryan was knocked out cold. Eventually, James poured cold water on him, waking him up.

James said they were able to grab one of their dogs, Duke, but Georgia, their pitbull-mix didn't make it.

12 News reached out to the fire department for more information on what caused the fire but has not yet heard back.

However, Ryan said there was a propane tank near the fire pit. He thinks the fire rekindled, causing the tank to explode and spark the massive fire.

The family now hopes to rebuild the home. They have started a Gofundme to raise money to do that.