The Central Fire has grown to nearly 4,500 acres with 100% containment, but is moving away from structures. 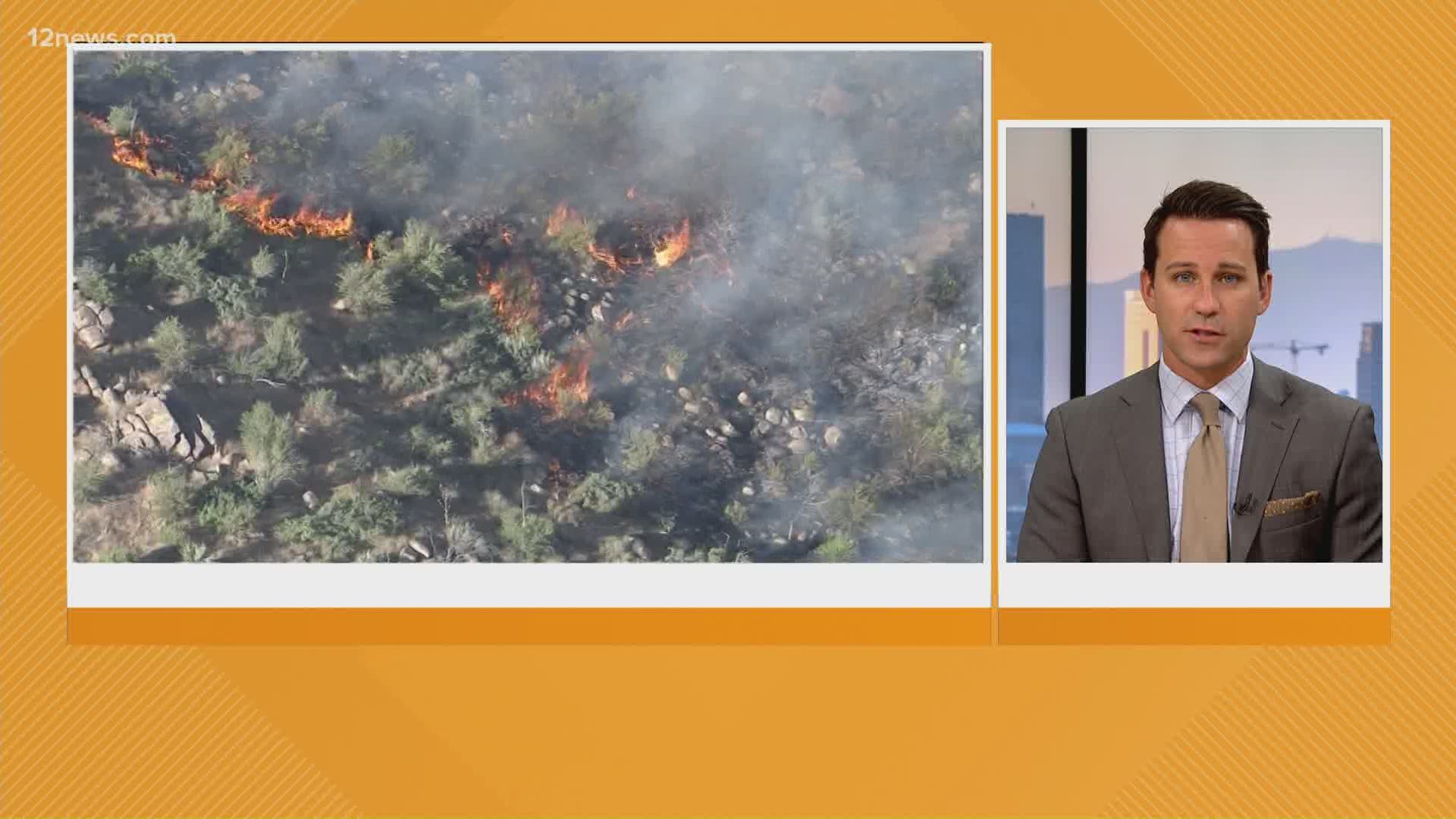 PHOENIX — A wildfire broke out near New River north of Phoenix on June 20.

It was 100% contained. It was believed to be human-caused.

It was burning about 4 miles northeast of New River.

The department said structures were threatened, but that threat was soon mitigated.

The fire started on state land but has since moved into the Tonto National Forest.

Forest officials said the fire is moving northeast away from structures.

- Evacuations ordered for Bighorn Fire as it burns 42,798 acres in southern Arizona

- 5 injured, including children, after barbeque explodes in Phoenix apartment