Colin Raskey was sworn in as an official handler of the Arizona Law Enforcement Canine Association. 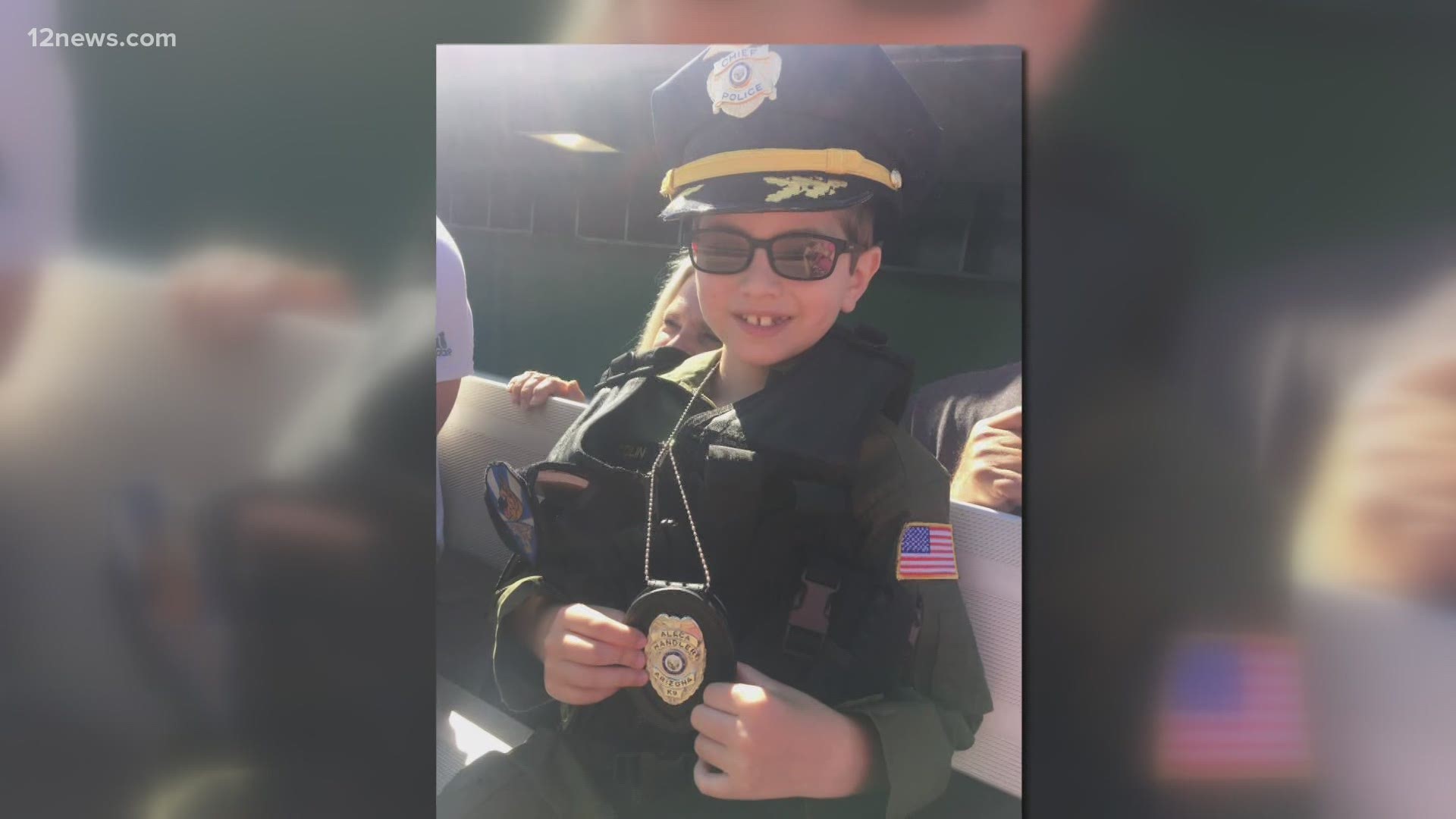 GOODYEAR, Ariz. — A 10-year-old boy who was celebrated by the Goodyear Police Department while fighting cancer has passed away, his family said Tuesday.

Colin Raskey was sworn in as an official handler by the department in October while also raising money for his family’s medical expenses.

He was also honored at the 2019 Desert Dog Police Canine Trials by the Law Enforcement Canine Association.

Colin had been battling pediatric medulloblastoma since March 2017 before passing away.

“He has endured this battle since he was only six years old,” a family friend who created a GoFundMe account wrote. “His parents, Brett and Alicia have fought alongside their son, sacrificing everything possible to get him the best treatments and remedies.”

The family has set up a GoFundMe account to help with funeral expenses. You can also arrange to get meals for the family here.