The Glendale Fire Department said the boy was pulled from the pool by his teenage sister. He was in the pool for about five minutes. 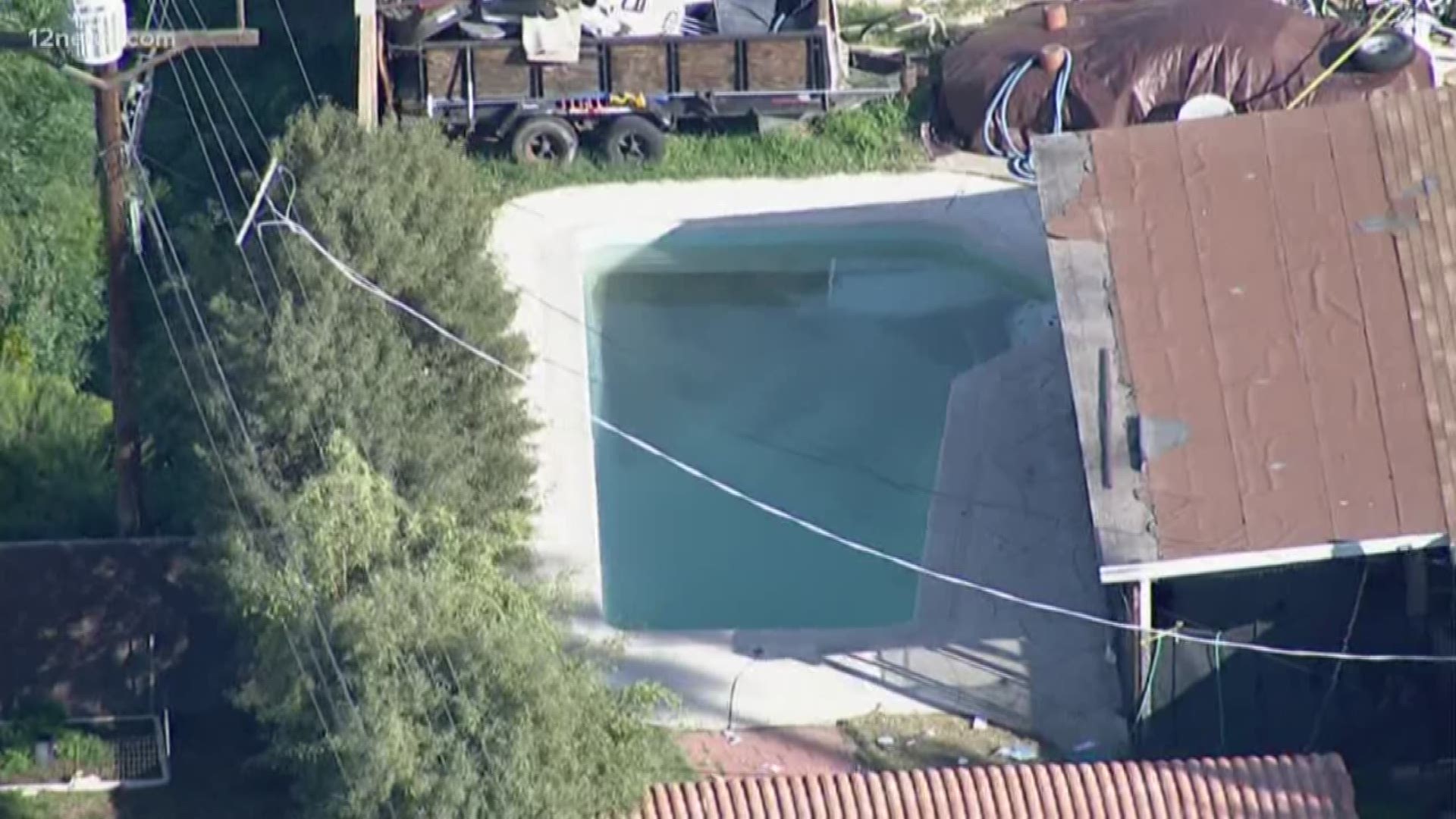 GLENDALE, Ariz. — An 18-month-old boy is in extremely critical condition after being pulled from a backyard pool near 67th Avenue and Camelback Road Monday afternoon.

A family member noticed the boy was not in the home and the boy's teenage sister found the child in the pool around 3 p.m., firefighters said.

The sister jumped in and pulled the boy out of the water, starting CPR as they called 911.

The boy reportedly was attempting to breathe on his own while being taken to the hospital, where he remains as of Tuesday afternoon.

A neighbor told 12 News she rushed into the backyard after hearing screaming and yelling from across the street.

“I ran back there and the little boy was laying on the ground, and they were giving him CPR and water and food coming up out of his nose and mouth,” Jeanna Agge said.

Firefighters said the child was in the pool for about five minutes before the family member noticed he was missing.

“I reached for his hand to check for a pulse and his lips were bright purple, and he was just laying there, his body was rubbery,” Agge said.

Firefighters said the pool does have a barrier around it, so they are not sure how the child got into the pool.

“I saw them come out of the house with the baby from the back gate. They came out with the baby on the stretcher and giving him CPR,” another neighbor said.

Sky 12 video shows police have since taped off the home in their investigation.

Credit: Chris Latella/12 News
Police have taped off the Glendale home where a 1-year-old was pulled from a pool.

The Glendale Fire Department released a statement reminding the public to be aware of children around water.

"We want to take this opportunity to remind the public that drownings happen year-round here in Arizona. It is imperative that we do not get complacent. Children will always find a way to water.

"The ABC’s of water safety are an easy way to remember drowning prevention tips:

“A” is for adult supervision. Nothing is better than an adult’s undivided attention. When around water do not text or scroll on your phone and never leave children unattended.

“B” is for barriers, pool fences, pool netting, and high latching interior doors are all deterrents, but they do not ensure a child’s safety.

“C” is for classes, there are a multitude of free swim lesson opportunities in the valley. Children can learn water survival as early as 6 months old. It is also important for people to learn CPR in case of an emergency. We have learned that early CPR can be the key to survival."

Meanwhile, another 1-year-old was rushed to a local hospital after being pulled from a backyard swimming pool unresponsive in south Phoenix. That child is in extremely critical condition.

RELATED: 1-year-old rushed to hospital after being pulled from pool in Phoenix

Check back for updates when we learn more.