According to the report, there were 1,010 people killed in crashes on Arizona roads in 2018. 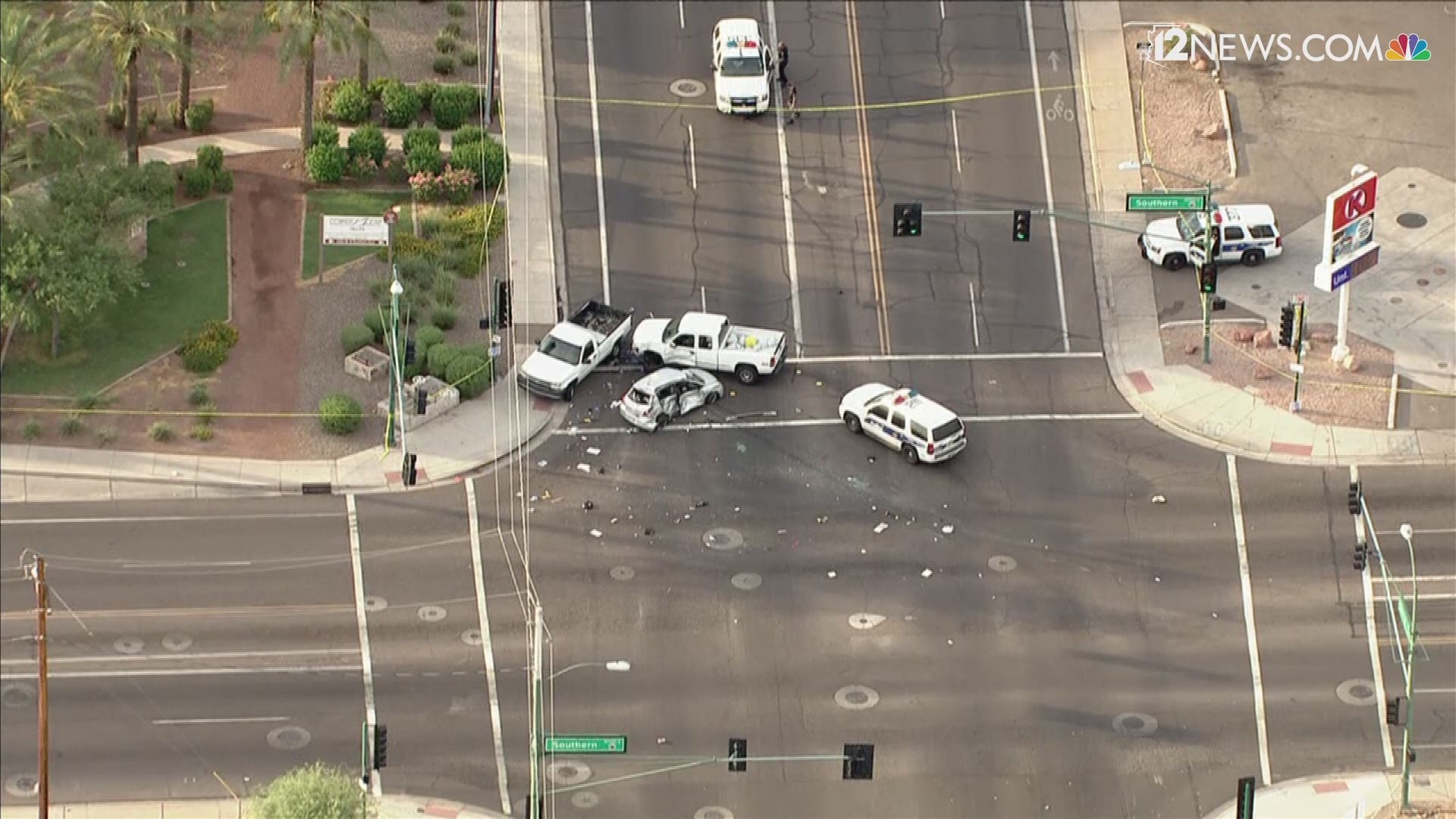 Editor's Note: The above video is Sky 12 footage over a fatal crash in July of 2018 at the intersection of 24th Street and Southern Avenue in Phoenix.

The Arizona Department of Transportation released a report Tuesday showing the number of crashes was down, fewer people were injured in crashes, but there were more deaths on Arizona roads in 2018.

Pedestrian deaths, according to ADOT, accounted for about a quarter of the fatal crashes with 245 in 2018.

"The rising number of traffic fatalities can’t be solved by state agencies alone – 68% of crashes occur on roads other than state highways," ADOT said in a release.

ADOT says driver behavior is a factor in "more than 90% of crashes."