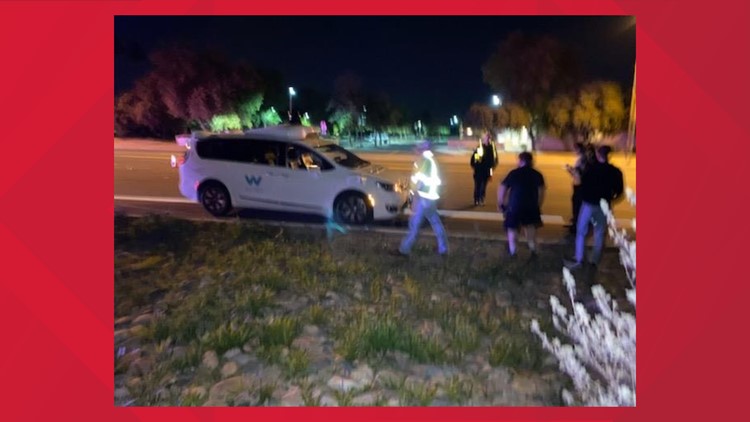 Photo by: Courtesy of Tom Errickson

One person was injured after a two-vehicle crash involving a Waymo van occurred in Tempe late Thursday.

The Tempe Police Department said officers responded to the scene of the crash around 11:30 p.m. near Rural and Warner roads.

The Waymo van was carrying one passenger, who was not injured in the crash. The driver of the van was taken to a local hospital with non-life threatening injuries.

The driver and passenger in the other vehicle were not injured and were released from the scene.

The cause of the crash was not immediately known.

Waymo said in a statement that its vehicle was operating in manual mode when it was involved in a rear-end collision.

Waymo said the other vehicle erratically swerved, braked aggressively and abruptly slowed before the crash.