1 dead, 2 injured after truck runs into bus stop in Mesa

The truck allegedly crossed from southbound lanes into the northbound lanes and onto the sidewalk before hitting the bus stop, officials said. 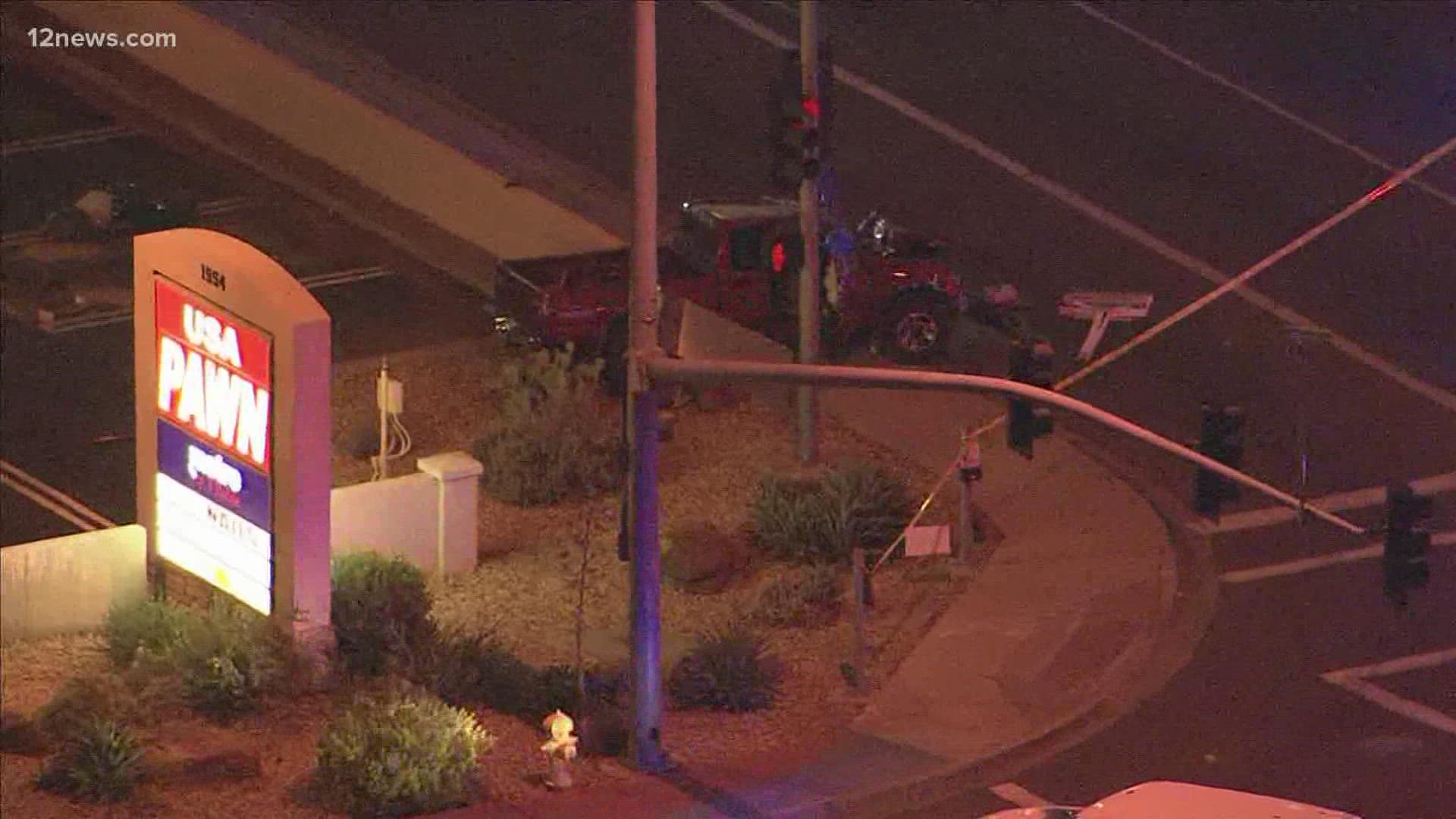 MESA, Ariz. — One person has died and two others were injured after a truck crashed into a bus stop in Mesa on Friday night.

According to police, a red Toyota Tacoma was driving southbound on Dobson Road near Broadway Road then crossed over into northbound lanes and onto the sidewalk before hitting the bus stop.

The bus stop collapsed and the truck continued forward, hitting a private business and a wall before coming to a stop, police said.

There were three people at the bus stop at the time of the crash. Two were sent to the hospital with injuries and the third died on the scene, police said.

The driver was also transported to the hospital but the extent of her injuries is currently unknown. She was alert at the scene, police said.

The incident is under investigation and the driver will be assessed for impairment.