Number of deadly wrong-way crashes in Arizona on the rise, study finds

AAA and the NTSB call on state policymakers to do more to protect drivers from wrong-way crashes. 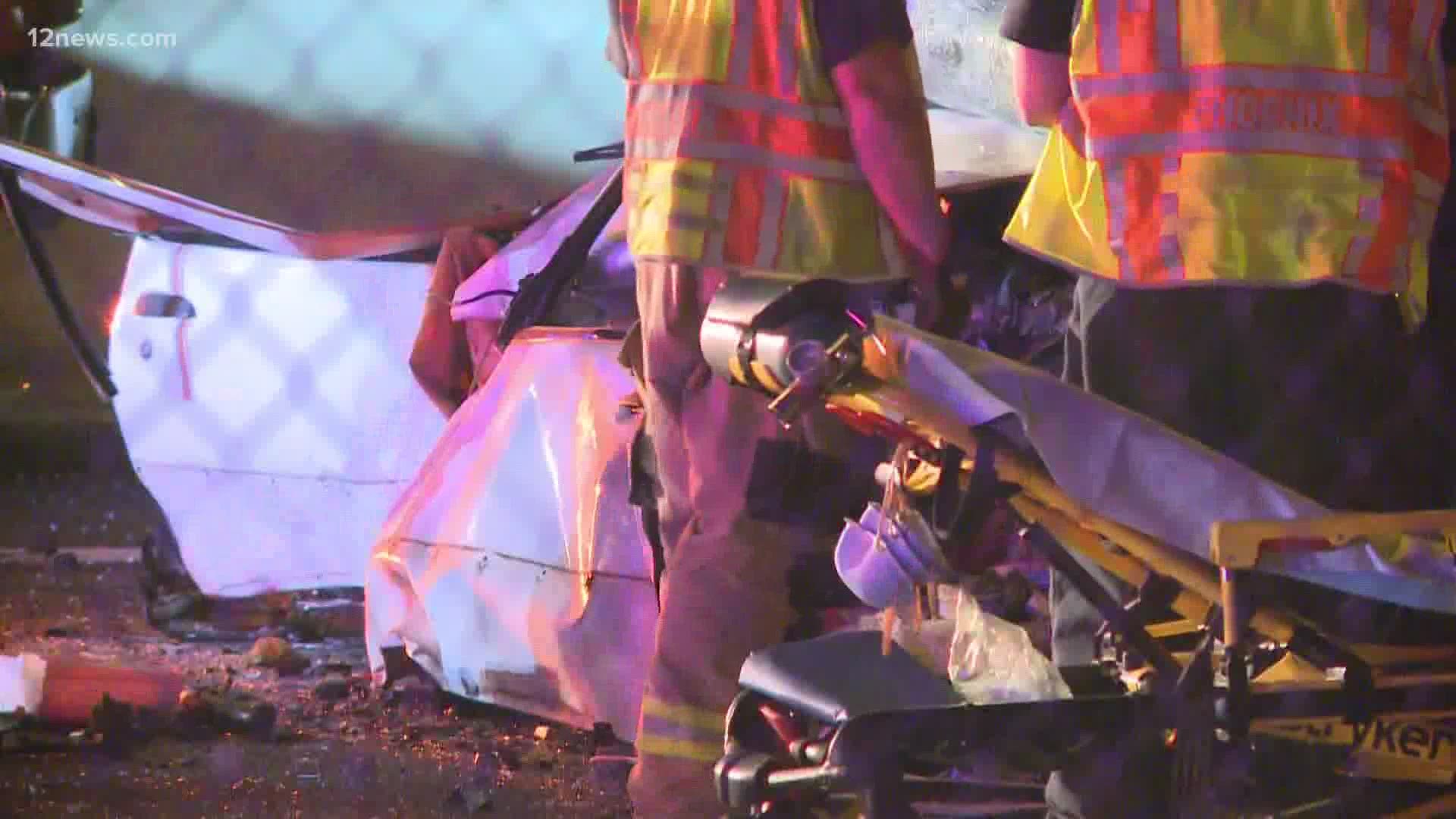 PHOENIX — The number of deadly wrong-way crashes nationwide and in Arizona is trending in the wrong direction, new data released by Triple-A shows.

Arizona is nearly two times worse than the national increase for change in the average number of deaths when it comes to wrong-way crashes.

Cathryn Hocking, knows the pain of losing loved ones in a wrong-way crash.

Her daughters, Kelsey and Karli Richardson were on their way to the Grand Canyon on the early morning of April 14, 2017, when they were hit and killed by a wrong-way driver.

“He killed them both, just, killed them," Hocking said. "No goodbye. No nothing.”

And still today, she wakes up in the middle of the night thinking about her only daughters who were taken from her so unexpectedly.

“At 3:30 a.m., I found myself in the kitchen eating vanilla ice cream," Hocking said. "Karli loved vanilla ice cream and that little thing actually made me feel closer to her. It doesn’t go away.”

New data from AAA shows that wrong-way crashes are rising at a shocking rate in Arizona.

"If there were, we’d see a decrease in these kinds of crashes rather than an increase.”

The push is a big step that Hocking wants to see turned into action. It's a painful Phoenix road she still drives when she's in town for a visit, she said, for her girls.

“I can’t go out there without going to the place," Hocking said. "You just can’t do that. You’re drawn to it as your children were there. You just are.”