Part of the effort includes dropping off water in places where homeless people live. The effort helps bridge the gap between two very different worlds. 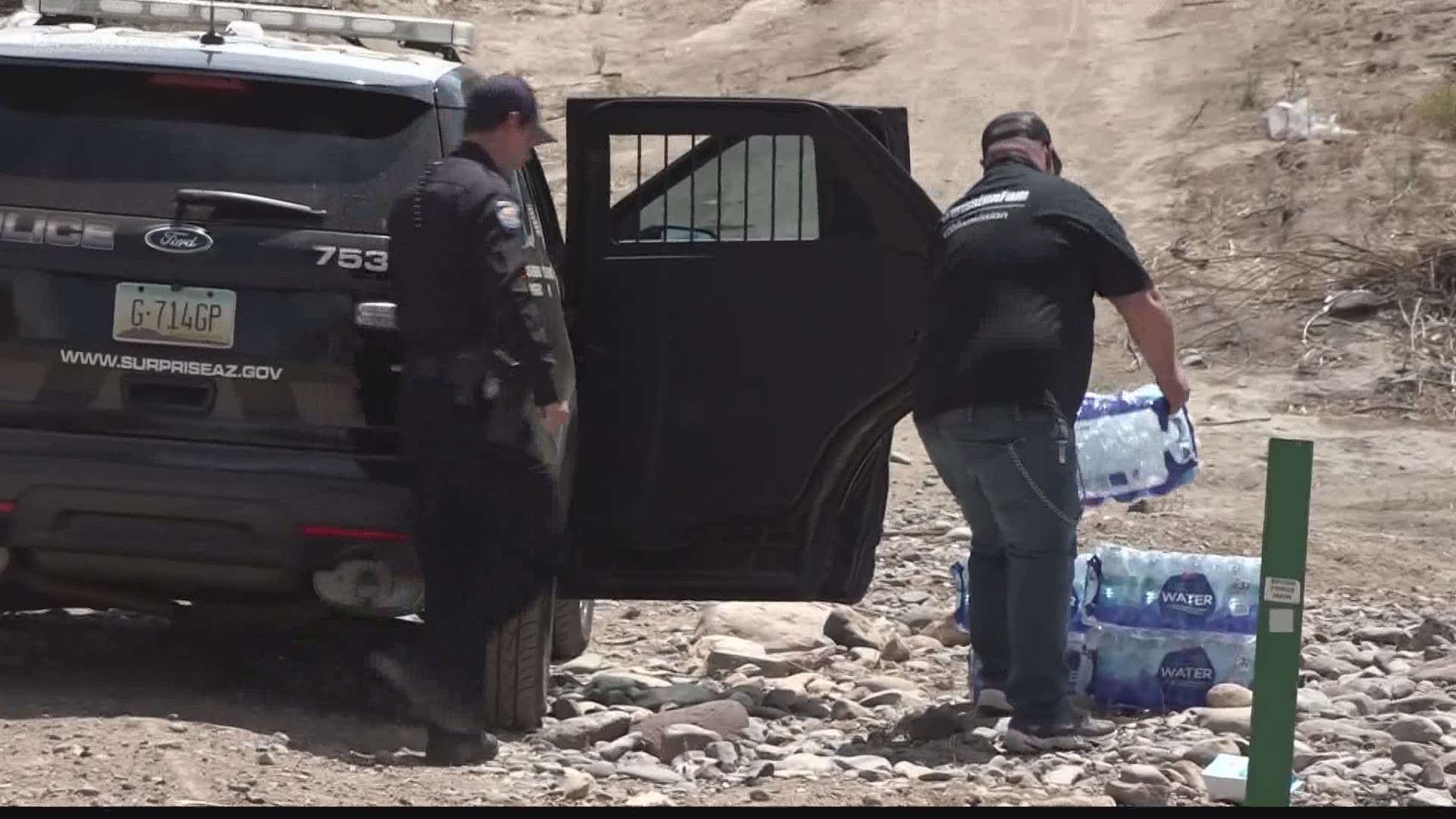 SURPRISE, Ariz. — Police across Arizona have started to adopt new programs and new ways of reaching out to those they serve and protect.

One of those new collaborations is with the Surprise Police Department and the Phoenix Rescue Mission. It's connecting the homeless to the resources they need.

Those resources helped people like Nate Williams. He said a Surprise officer found him sleeping behind a dumpster on the streets.

"One of the officers pulled up to me and said 'I can get you some resources,' and I was like 'you know what, that sounds great,'" Williams said.

That one interaction, brought Williams to the Salvation Army to clean up.

"I was kind of excited at first because I was like, it's a way to get off the streets," Williams said.

It's connections like this, both the City of Surprise and Phoenix Rescue Mission want to see more of, through their new partnership.

"So we can immediately connect them with services to help get them off streets into housing stability," Human Services Supervisor with the City of Surprise Jennifer Griffin said.

Rich Heitz is part of the Phoenix Rescue Mission's Street Team --- the team working to make this all possible. They assist homeless people all over the Valley, including those in Surprise.

"That's what we do day in and day out, search for homeless," Heitz said.

Part of the effort includes dropping off water in river bottoms and other places where homeless people live. The effort helps bridge the gap between two very different worlds.

"Instead of them feeling the fear of you gotta badge and they clam up," Heitz said. "They throw it out there that there's resources to help like the Phoenix Rescue Mission."

In a statement, Surprise police explained the benefits of the program.

"This partnership has taken our outreach efforts to another level and we have seen much success getting individuals connected to resources and out of their situations, which we are very pleased with," the statement said.

After about four years on the streets, Williams said he's ready for stability.

"Get a job, that's what I'm most looking forward to is getting a job so I can sustain myself," he said.

Williams now has new plans, all because an officer simply reached out offering help.