A Waymo vehicle was hit when a driver ran a red light in Mesa. 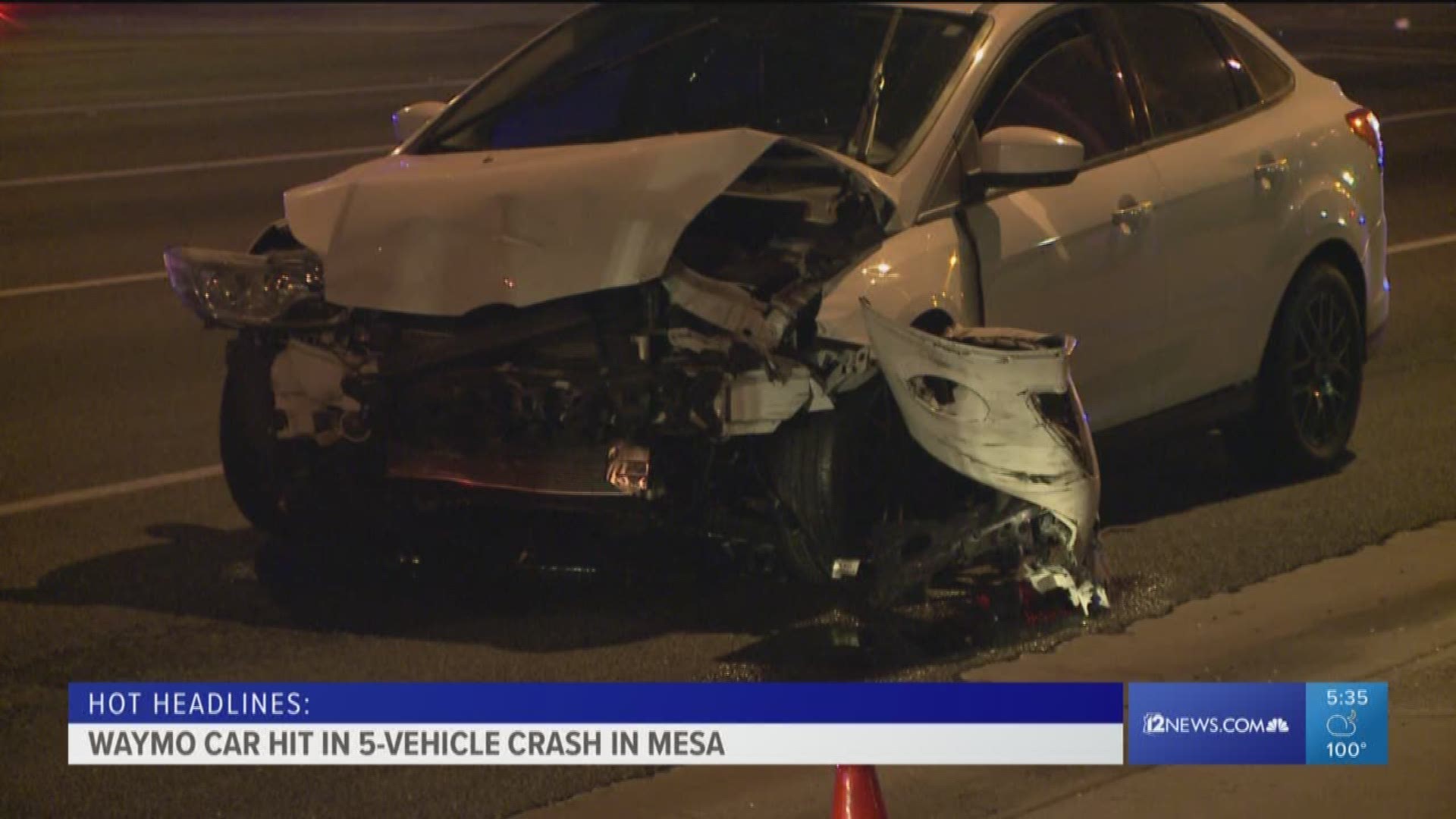 MESA, Ariz.- Mesa police say a self-driving vehicle was among five cars involved in a collision, but no serious injuries were reported.

The driver of the Waymo vehicle told authorities that the car wasn't in autonomous mode at the time of Saturday night's crash.

Witnesses say a car failed to stop for a red light and crashed into a Waymo vehicle as it was making a left turn.

Police say the car then struck three other cars before stopping.

Self-driving vehicles recently came under fire in March when an Uber vehicle in autonomous mode with an operator behind the wheel fatally struck a woman in Tempe.

A Waymo vehicle was struck by a red light runner last month in Chandler.