During a gathering in Silver Spring organized by the Young People for Progress, protesters called for more changes to address police brutality and criminal justice.

SILVER SPRING, Md. — Calls to defund police and toughen use-of-force standards for officers were at the heart of a protest organized by Young People for Progress on Tuesday.

Dozens of people gathered in the parking lot of the old Silver Spring Library before marching together downtown while holding signs and chanting in support of the movement.

Speakers focused on issues like police brutality and criminal justice while calling for change.

"There are improvements that can be made here in Montgomery County," Danielle Blocker, who helped organize the event, said. "We need to defund policing and invest in housing, jobs, mental health.” 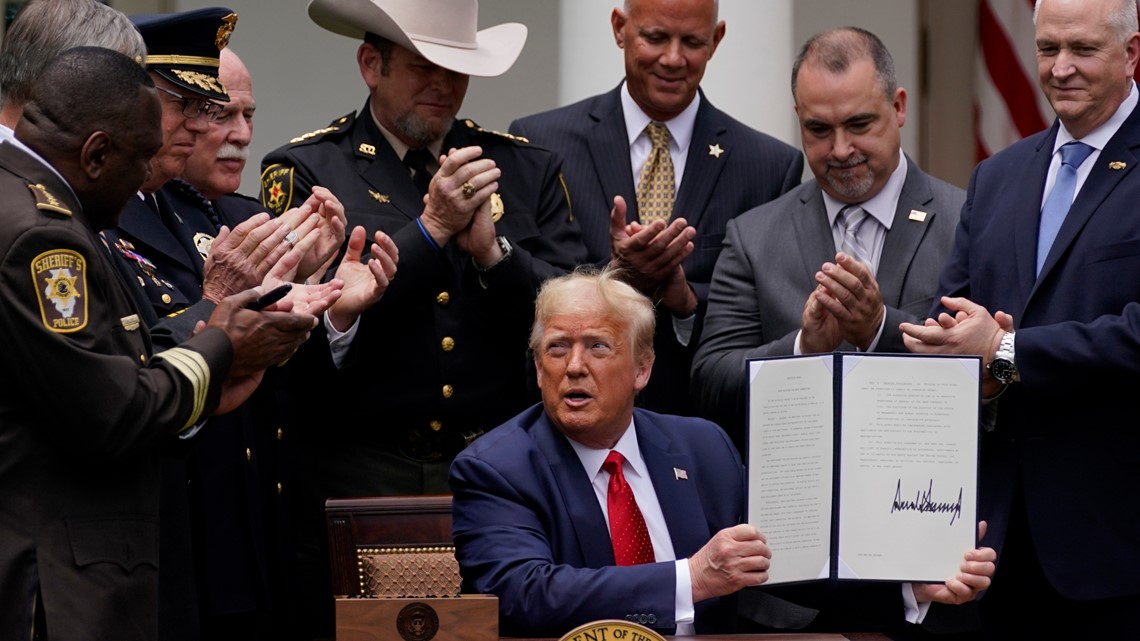 President Trump signs policing reform executive order
President Trump framed his plan as an alternative to the 'defund the police' movement that has emerged from protests and which he slammed as 'radical and dangerous.'

"You don’t explicitly ban them but you say, 'Oh we banned them unless...'. That’s not very strong," she said. "It’s a good start, some of these things, but it’s just a start. It doesn’t go far enough.”

Comfort Oludipe spoke to the crowd about her son Emmanuel, who died in 2011 after being shot by a police officer.

"Why I came out today is to show my moral support," she said. "The biggest pain a mother can ever go through is to bury their child.”

"What needs to change is there must be accountability," she added.

Moving forward, Oludipe said it was important for supporters to keep showing up to protests and gatherings.

"This is not a black and white issue," she said. "This is about humanity.”