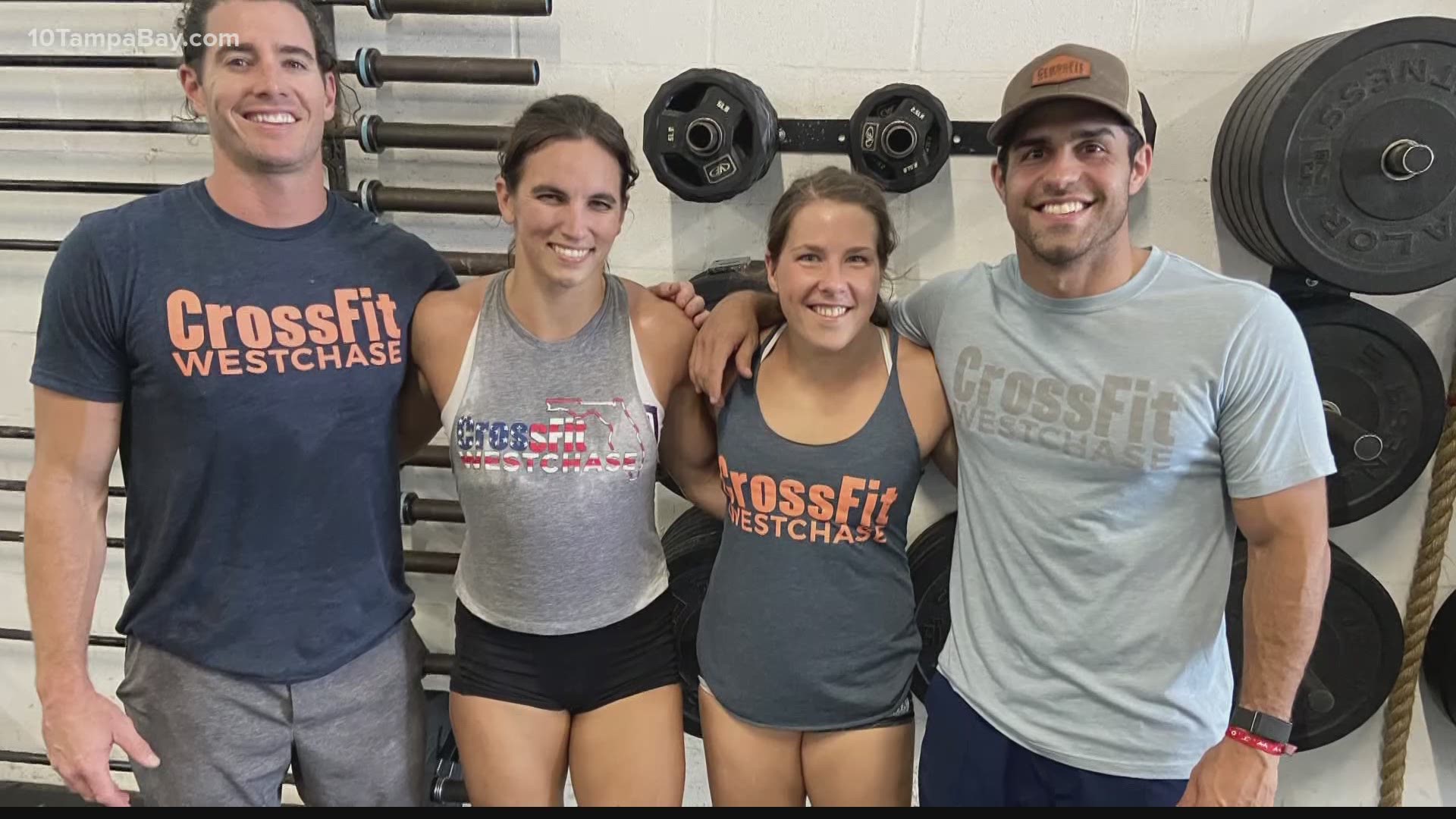 LARGO, Fla. — If you happened to walk into his Largo gym and observed him during a workout, you’d never expect that Aaron Hanna was once intimidated by the idea of doing CrossFit.

“I was a little bit nervous,” he said, recalling the day he purposefully dodged an invite to try the fitness regimen. “I ended up going the next day and the rest was history.”

Hanna, 32, fell in love with it almost instantly. He’s competed in CrossFit for nearly a decade and since 2015 has been co-owner of CrossFit Westchase along with Guy Gyrokos and Sue Velott. The trio opened a Largo location in 2018.

“I was hooked in the sense that I loved the workout,” said Hanna.

He’s competed in multiple states and succeeded as an individual. Now, he’s trying to tackle a new challenge – competing on a team in the pinnacle of the sport, at the CrossFit Games.

“It’s the Super Bowl of CrossFit,” he said.

Hanna joins three other athletes on a team which will head to Madison, Wisconsin in late July to compete against the competitors from around the globe for a chance to earn the title, Fittest on Earth.

“I think we can get Top-5 at the Games,” said Hardy, who moved to the area two years ago. “I’m not intimidated by all of (the competitors). It might be different when I get there.”

She credits CrossFit for refocusing her life after anorexia. Seven years ago, she was hospitalized with the condition. Finding joy in lifting weights and exercising saved her life.

“I was close to my death bed,” she said. “I’m just grateful for any opportunity in life after that moment.”

The four-person team placed third in the semifinals, which were held in Knoxville. They navigated three rounds of qualifying to advance to the Games.

“I’m way more happy for my teammates and for the gym that they get to experience this than I am for myself,” said Hanna, who competed at the Games as an individual in 2015. “So, I’m very happy that we were able to make it happen for them.”

CrossFit is a movement with more than 5 million athletes and over 14,000 locations across the planet.

CrossFit Westchase does virtually no marketing and relies on word of mouth to grow its community. The membership count has grown over the years and caters to anyone.

The approach is paying off.