Judge Joseph Wright for the Fifth District Court of Prince George’s County awarded the victim $1,068.30 for a failed trip to Cuba. 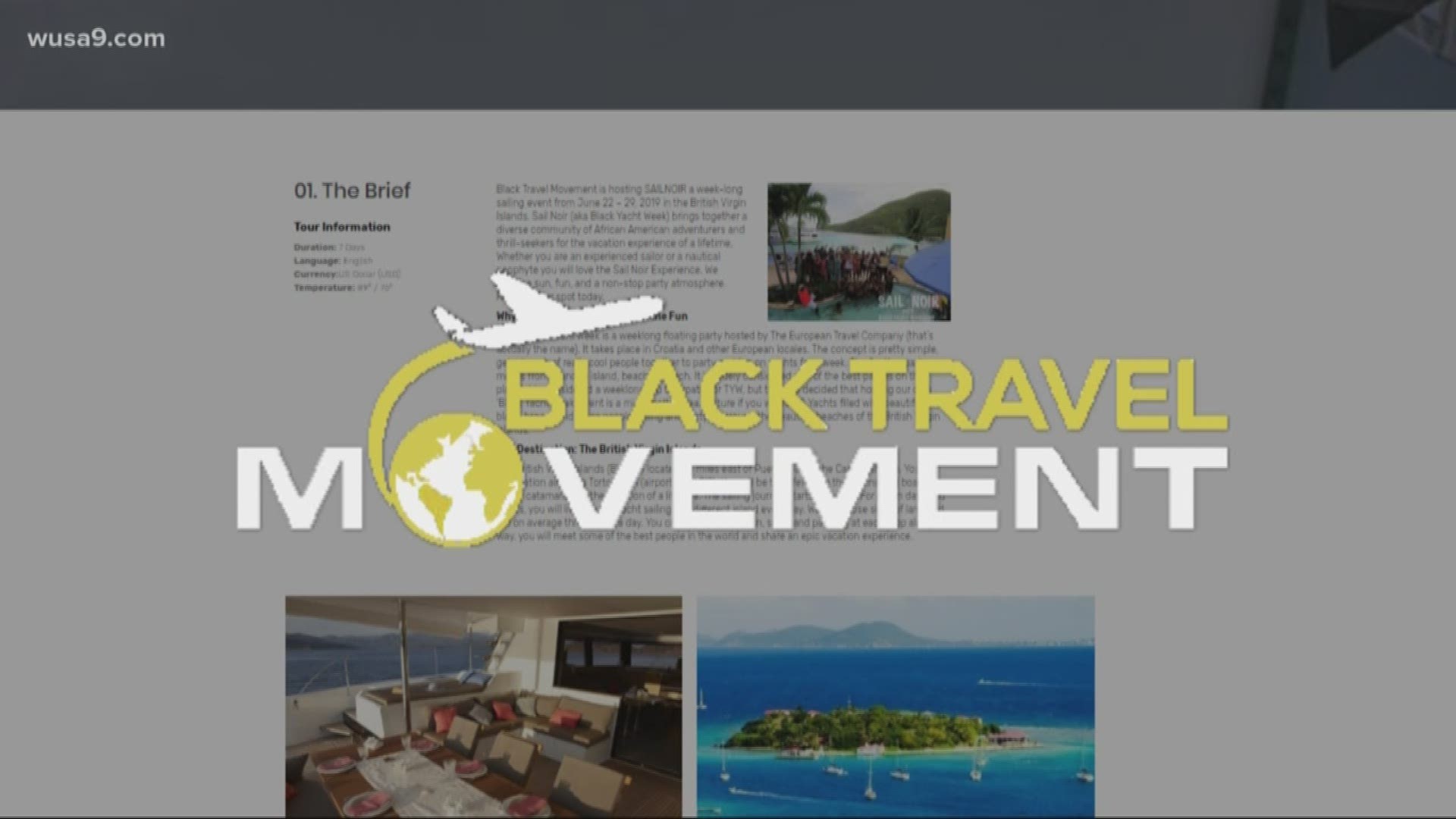 PRINCE GEORGE'S COUNTY, Md. — "Right is right and wrong is wrong," Edna Kirk said about her lawsuit against Reggie Cummings, owner of Black Travel Movement based in North Carolina.

Judge Joseph Wright for the Fifth District Court of Prince George’s County awarded Kirk $1,068.30 for a failed trip to Cuba.

When asked, by text message, what he thought about the judgement, Cummings responded with one word: "Bull---." He didn't show up for the hearing.

In court, Kirk said she paid $1,860.00 for a trip to Cuba on Nov. 1, 2018. She booked the vacation through Black Travel Movement’s website. The five-day "BTM Afro-Latin Experience," scheduled from Nov. 8 to 12, included shopping opportunities in Havana, a day excursion by Catamaran to Cayo Blanco and a show at the Tropicana Hotel Havana.

"It was the home of my maternal grandfather and my 60th birthday," Kirk said.

Kirk received a confirmation immediately after booking the trip.

"This was my first time traveling alone," Kirk said.

She then went on and booked a first-class plane ticket for Cuba. When she landed, she got off the plane, grabbed her luggage and began looking for her guide. She would never find one, she said in court.

"I waited and I waited and waited," she said as she realized the group she was waiting to meet would never show up.

She eventually called Reggie Cummings and inquired about the location of the group.

"We are not in Cuba," Cummings said in a conversation with Kirk. "The trip was canceled two months ago."

Kirk showed WUSA 9’s Larry Miller pictures of herself at the airport and added, "I couldn’t stop crying." Kirk found herself in a foreign country, where she didn’t speak the language, and wouldn't be able to connect with her family’s heritage in the way she planned.

Her "Afro-Latin Experience" was relegated to the terminal of the Jose Mariti International Airport for nearly four hours.

During Kirk’s phone conversation with Cummings, he suggested she make the most of her stay and reserve accommodations at an Airbnb.

"I didn’t have a lot of money for incidentals," she said. "The trip was all inclusive and I expected my expenses were covered."

After working with an airline agent, she was able to get a seat on the next flight returning to Washington.

"You must be heartbroken," Cummings wrote in a text message to Kirk.

RELATED: Education equity and the long commute to DC schools

Kirk made it back to the states, disappointed the trip she dreamed of wouldn't be realized. Kirk spent the next days gathering her receipts from her trip. She totaled $1,068.38 in expenses, outside of what she paid to BTM for the trip. The expenses included airfare, visa fees, meals, phone data charges and airport parking.

"There should have been systems in place on the BTM website, flagging these errors, thus not allowing a reservation booking on a canceled trip,” she wrote in a Nov. 14 email to Cummings.

Cummings refunded the cost of the vacation. He also refunded $872.00 in additional trip related expenses through PayPal.  It left a remaining balance of $196.35. He refused to pay the balance, according to court documents.

"I am under no obligation to reimburse you for anything past what you paid for the trip," he wrote in an email to Kirk. "I decided to do so out of fairness for not removing the trip."

That wasn’t good enough for Kirk.

"I wanted to be made whole," she said.

Kirk filed a complaint in the Fifth District Court in Prince George’s county. At an initial hearing with both Kirk and Cummings present, the judge requested they try to resolve their differences without the court intervening, but Cummings refused.

A court date was rescheduled for Sept. 9 at 8:45 a.m. Kirk entered the courtroom armed with her notes, files, and a friend. Cummings never showed up. Kirk made her case to the judge and was awarded $1,068.30. She requested an additional $2,500.00 in compensatory damages but it was rejected.

Cummings is also under investigation for a separate failed vacation in June.

RELATED: This program is paying off student loan debt

The Black Yacht Week Trip in the British Virgin Islands was described as ‘disastrous’ by many of the nearly 250 attendees. The trip was organized by Cummings’ Black Travel Movement company. Many of the participants are requesting either partial or full refunds, according to interviews with attendees.

In an email sent in July, Cummings acknowledged the problems with the trip and said he would initiate refunds. Three months later, none of the participants received refunds from either Cummings or his company, Dream Yacht Charter.

Credit: submitted
Photos of the food provided on a Black Travel Movement trip to the Caribbean.

Cummings is being investigated by North Carolina’s Justice Department for possible unfair and deceptive practices.