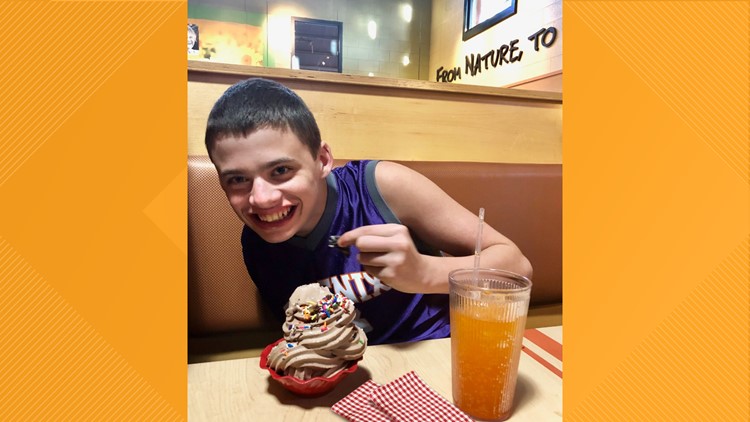 “He is literally, the most chill, laid back kid,” says Kayla, a child specific adoption recruiter with Aid to Adoption of Special Kids (AASK).

The teen is laid back, but still loves to play.

Dylan is engaging, joking and confident as he swats baseballs at the Extra Innings Indoor Batting Cages in Mesa, carefully following the coaching of instructor Brady Hansen, who threw batting practice.

“In the summer, Dylan really likes to go swimming or hanging out inside watching movies,” she says, adding that his favorite movies feature super heroes like Spider-Man and The Hulk.

During the summer, Dylan also talks about how eager he is to get back in the classroom.

Dylan is a high school sophomore and his schedule includes classes to prepare him for independent living.

“Dylan enjoys going to his classes, he gets good grades and he has been on the honor roll,” Kayla says.

Dylan will do well in a home with two parents or one headed by a single father. He would get along well with older siblings.

“He does really well with a strong-male figure,” Kayla says, “so having that in the home is going to be important.”

Watch the stories of children in foster care waiting on forever families each week on the Wednesday’s Child segment between 5-6 a.m. on Today in AZ. You can also view previously aired stories at www.aask-az.org.