He's creative with the Lego blocks, but he still knows how to follow the rules for a complex build. 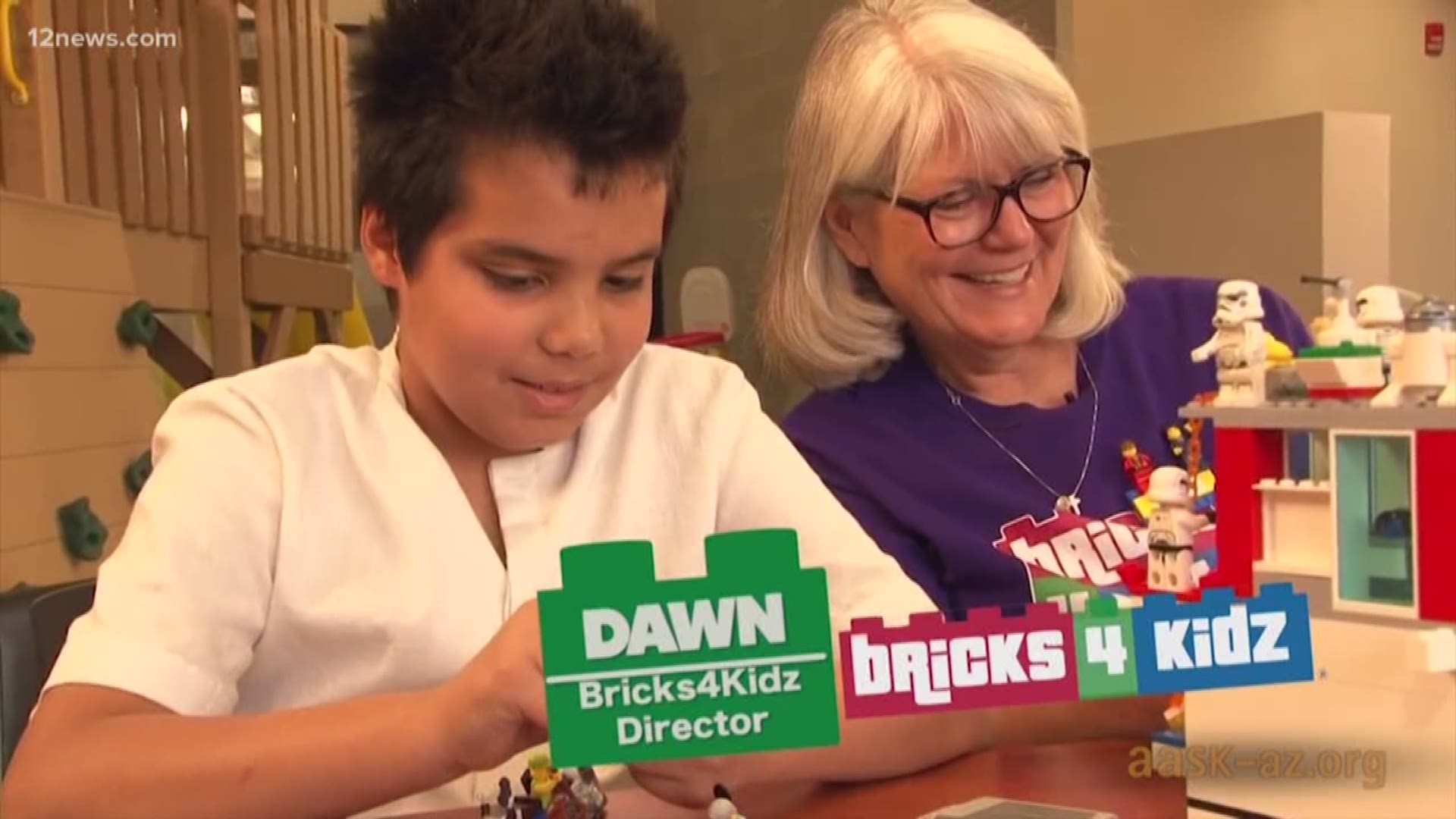 Sure, the box may have a picture of a police car or a Star Wars Millennium Falcon, but the Lego pieces spread out on a table top can be anything.

“I like Legos a lot because you don’t have to follow the instructions all the time,” said 12-year-old Angello. “You can build whatever you want.”

But sometimes it’s good to follow instructions, as Angello does under the guidance of Dawn Craigh, director of Bricks 4 Kidz®, which offers STEM-principled educational play activities for children.

Together, the two buillt a Lego machine with moving parts.

Earlier, on his own, Angello exhibited a whole other level of imagination when he brought Legos to life in a short stop-motion animation video on the perils of driving under the influence.

“Angello is super creative,” said James Patton, a youth advocate with Christian Family Care. “And he loves learning new things all the time.”

He also loves the movies in the Star Wars series and the Harry Potter series.

But it’s not all staying indoors for this sixth grader.

“I like basketball and soccer and ping pong,” Angello says. “I’m really good at ping pong.”

Unlike most boys his age, Angello isn’t a big hamburger fan.

“I like fruits and vegetables,” he says. “I’m not the type of person who eats meat a lot. I don’t eat beef. I don’t eat pork.”

Patton says Angello would thrive in a two-parent household and would fit in well with siblings in the home.

What is Angello looking for in a forever family?

“I would like them to be chill,” he said.

Watch the stories of children in foster care waiting on forever families each week on the Wednesday’s Child segment each week between 5-6 a.m. on 12 News. You can also view previously aired stories at www.aask-az.org.