'Like a new pair of Jordans': Athlete surprised with custom basketball wheelchair in emotional setup

After a horrific crash left him paralyzed, Tommy was gifted custom wheels to continue basketball. 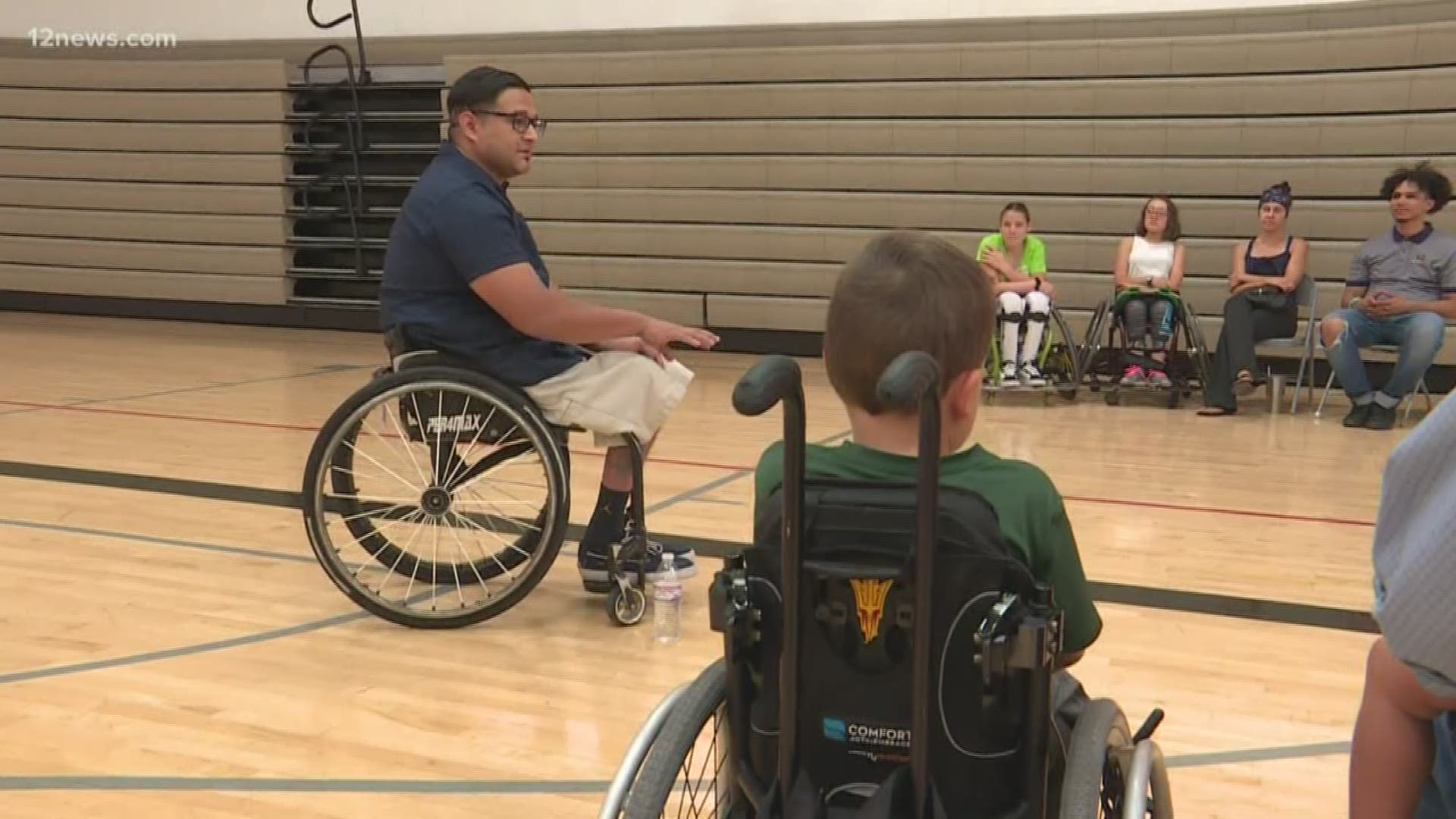 He was a basketball star when he was in a horrific car crash.

"It actually hit on my side. And the doctors say on impact – as soon as the truck hit against the ground – it dislocated my spine," said Tommy Hambicki.

Stuck in the wreckage and disoriented, he thought he felt someone else's leg.

"My buddy looked over, and he was like 'Buddy that's your leg.' And at that time, I kind of lost it," Tommy said. "I didn't really know what was going on. Started praying."

He would never walk again, but the tragedy gave him purpose.

Tommy returned to his high school basketball team the season after the accident, but this time as a coach.

After the better part of a decade, which included playing wheelchair basketball for the Phoenix Suns, he earned an athletic scholarship in 2011 from the University of Texas Arlington.

There, too, basketball would be ripped out of his life after a softball-size abscess was removed from his leg, leading to infections, more surgeries, weight gain, and a wheelchair that no longer properly fit. Even pick-up games were and remain out of the question, for the moment.

Then Mountain America Credit Union and 12 News heard his story.

Not knowing that this day was really about him, Tommy agreed to go to Arizona Disabled Sports in Mesa to speak with disabled kids. It was all prearranged in part by his sister Yvette who nominated him for a visit from the Miracle Makers.

Mountain America presented Tommy with a custom basketball wheelchair. Watch the video above to see the special moment.

"It's kind of like wearing a new pair of Jordans," Tommy said, laughing.

If you would like to nominate someone for a visit from the Miracle Makers, submit using this form.