Kelli Hudson has been stressing the $5,000 bill that comes with her daughter's hearing aid. 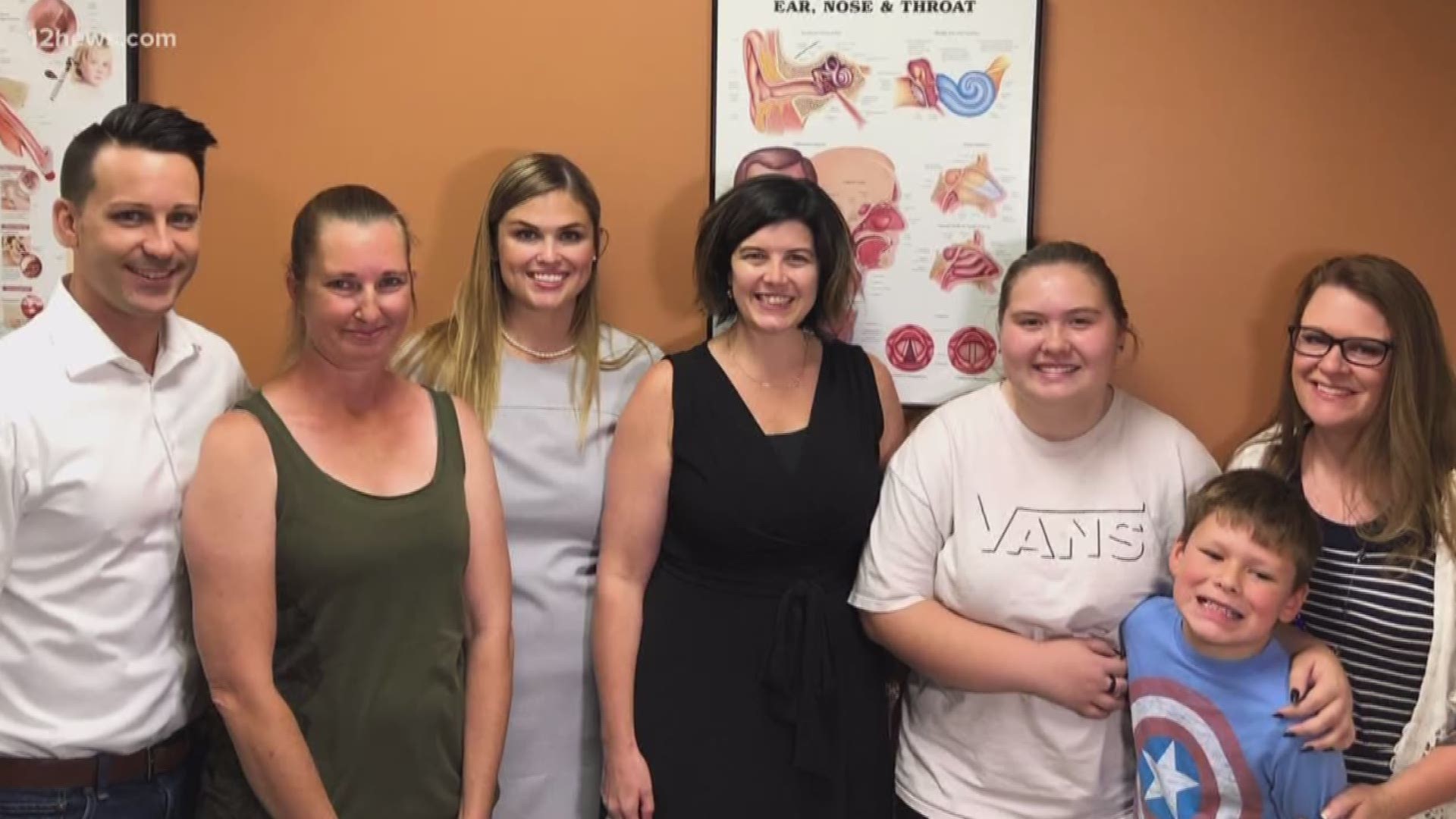 PHOENIX — Abby Hudson isn't the typical candidate for a hearing aid, but the 15-year-old student started realizing a problem in the classroom.

"I struggled in school a lot with my hearing," Abby said.

An audiology appointment with Dr. Amy Arris-Martin at North Valley ENT revealed the issue, which only became more glaring as time went on.

"I think she really started the struggle as the schooling got more difficult," Dr. Arris-Martin said.

The hearing aid is very small and barely visible, but it's not a cheap device. Most insurances do not cover such a piece of equipment, yet the bill is roughly $5,000.

"It's kind of been an uphill battle," Abby's mother Kelli said.

The battle is coming to an end, thanks to some help from Mountain America Credit Union.

RELATED: This mom cried happy tears when she was surprised with her dream van

RELATED: Nominate someone for a visit from the Miracle Makers

Angie Nelson with MACU showed up one of Abby's appointments to surprise the Hudson's with some good news.

"We were just so touched by all the things you do in the community and wanting this for your daughter so she could hear in school and I wanted to tell you today that your bill is paid in full," Nelson said.

"I don't know what to say," Kelli responded overcome with emotion.

The Valley teacher can now rest easier knowing she is relieved of a bill which was causing stress on her finances.