Despite hitting a rough patch in life, Matthew Paul has never stopped doing everything he can to help those around him. 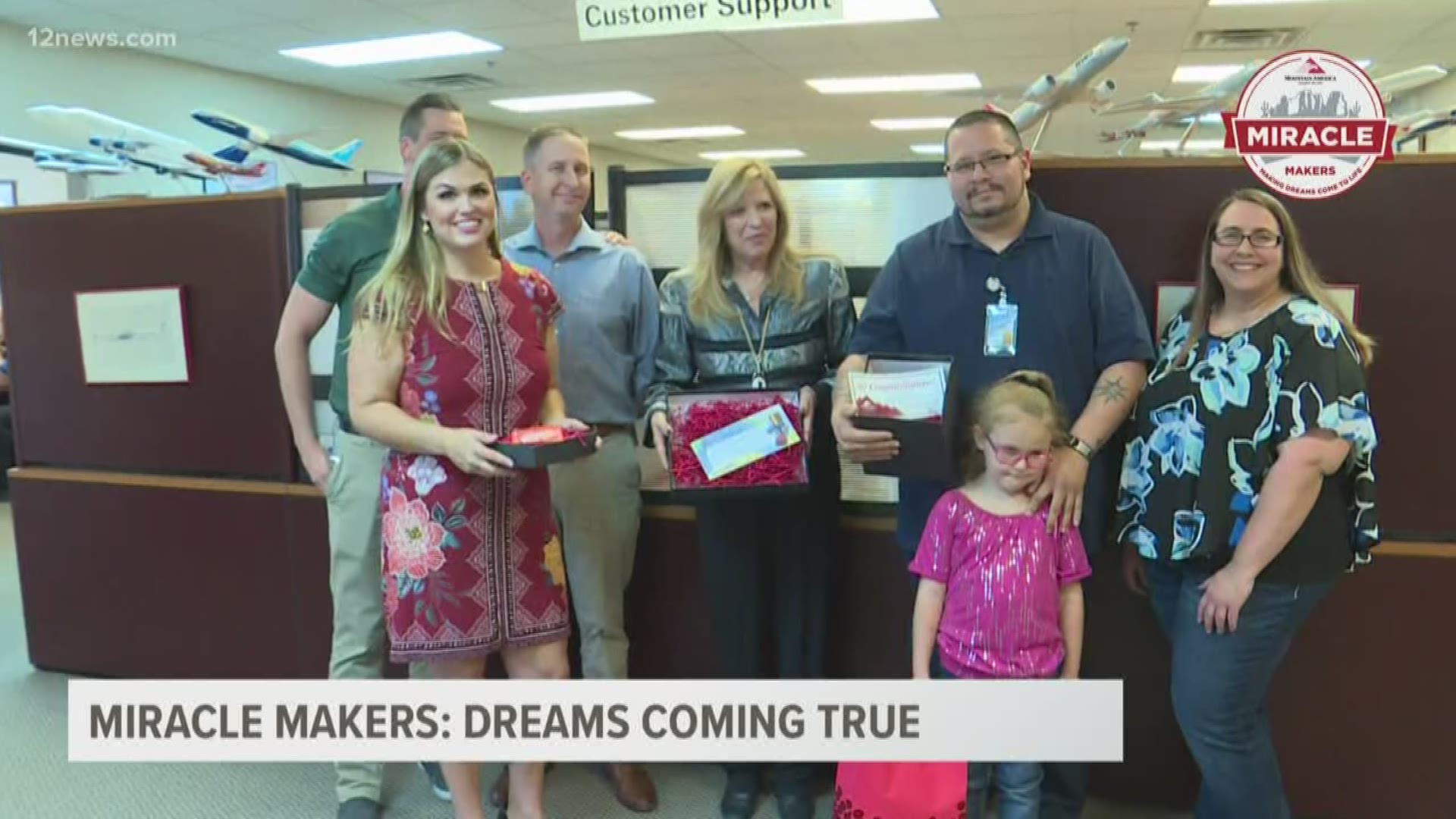 Matthew Paul started out as a firefighter in Oklahoma, but when his sister, a single mother, was due to have another child when she was already struggling to raise the first, Matthew dropped everything to move to Arizona and help out.

He ended up taking guardianship of that girl, and 6-year-old Kinsley now calls him daddy. Matthew and Kinsley have both suffered health issues recently, but Matthew is fighting through it.

READ: This mom cried happy tears when she was surprised with her dream van

Despite hitting the rough patch in life, Matthew has never stopped doing everything he can to help those around him. He started a new job as an aircraft maintenance technician at Perform Air International in Gilbert on October 16, and that's where we caught up with him.

Matthew was about to get the surprise of his life because his sister nominated him for a visit from the Miracle Makers.

MORE: 'Like a new pair of Jordans': Athlete surprised with custom basketball wheelchair in emotional setup

Mountain America Credit union provided a scholarship to a dance studio for Kinsley as well as a dance outfit. Matthew was also given a gift card to Home Depot so he can buy the equipment he'll need for his job and another gift card for an eye exam and a new pair of glasses.

Mountain America is also paying for Matthew to get additional certification that will help him advance more quickly and earn more money at the job that's always been his dream.

RELATED: Teenager gets gift of hearing

“Thank you so much. I don't even know what to say,” Matthew said. “Everything I do is for that little girl, and these tools behind me will help me give her a better future so it's not just for me it's for her too.”

If you would like to nominate someone for a visit from the Miracle Makers, submit using this form.