High school students wrote messages of hope on a paper chain that was strung around the Arizona State Capitol building. 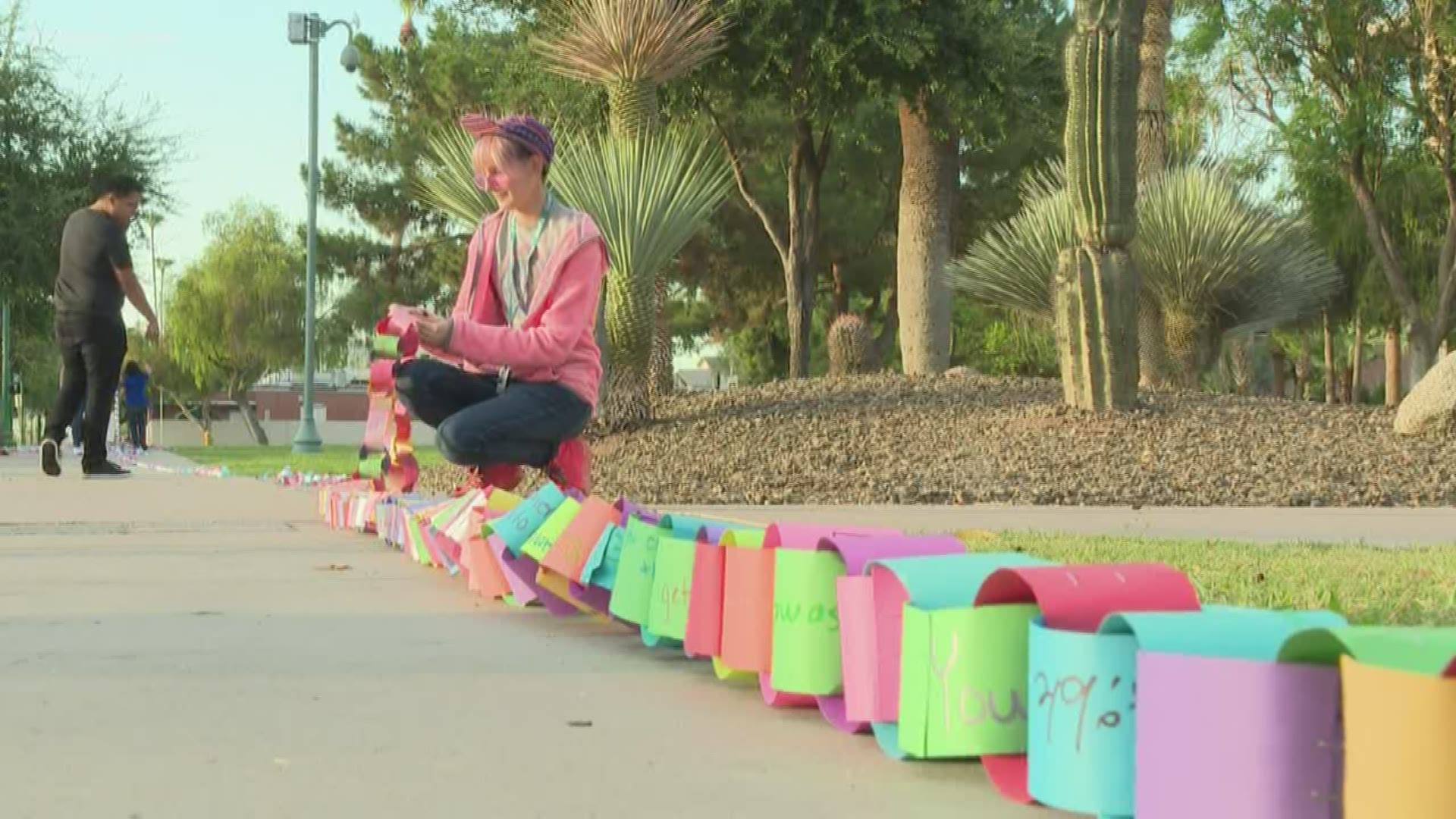 Governor Doug Ducey declared September teen suicide awareness month. And a group of Maricopa County high school kids did their part by writing more than 10,000 messages of hope. These messages were then presented in a unique way at the Arizona State Capitol Tuesday morning.

Trinity Coronado, or “Scooter,” as her friends call her, went a step further than most by helping stretch the messages around the capitol. She was one of a little more than two dozen or so participating, most of which were not high school students.

The event – or competition – pitted schools against each other for three $1,000 scholarships.

“There was a contest on the longest chain, the largest percentage of chains per student, as well as a combination of the both,” said Nikki Konts, the Clinical Director at Teen Lifeline, a non-profit focused on preventing teen suicide. It helped put on the competition to let teens know they are not alone.

“Suicide is the second leading cause of death for our children and all the way up to age 34,” Konts said.

State Senator Sean Bowie also spoke at the event. He helped pass the Mitch Warnock Act – a measure named after an East Valley teen that took his life. It requires suicide prevention training in middle schools and high schools for all school personnel.

"So the training is designed to help them and give them the tools they need to be able to help kids before it’s too late,” State Senator Bowie said.

Scooter's school – Phoenix Coding Academy – was a scholarship winner. And their messages were written in multiple languages. The scholarship money is earmarked for a permanent message of hope.

What that looks like is up to the school, but winning for Scooter was secondary.

“I really hope that this makes an impact on people’s lives. And that I can make a change,” Scooter said.

The papers links will now go back to schools, where students can tear one off anytime.

1 / 10
Connections of Hope
Students and schools wrote messages of hope for others to reach anyone who may feel alone.

Our Cactus Coalition is made up of a group of influencers including Governor Doug Ducey and the Arizona Cardinals.

They are helping us build a resource center that will include information on suicide prevention.

We are all committed to tackling the biggest issues that impact our lives with the goal of enacting positive change across our state.