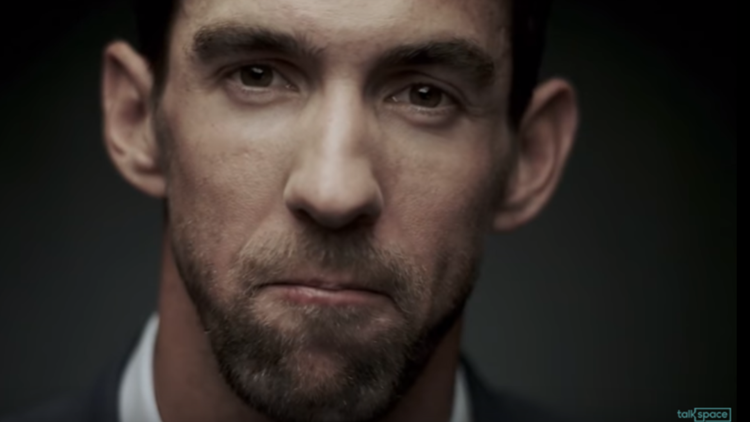 Nobody is immune to mental health struggles. In today's society, we often find that some people who may seem to be riding the highest of highs on the exterior are also fighting major battles internally.

This is even true for 23-time gold medalist swimmer and Valley resident Michael Phelps. In a series of tweets, as part of a new partnership with online therapy service, Talkspace, Phelps, 33, tweeted over the weekend about some of his struggles in 2014.

Phelps was arrested for DUI in 2014 and subsequently suspended by USA Swimming for six months. On Sunday, Phelps tweeted that he didn't know if he wanted to be alive anymore during that year.

In a video with Talkspace, Phelps said he knew he needed help and turned to therapy.

It's not the first time Phelps has opened up about his mental health. In a 2017 interview with Today, he talked about how he had gone through numerous depression spells and was finally at a point where he felt like he could look in the mirror and like who he saw.

One in four people around the world experience a mental health issue. If you find yourself struggling with anxiety, depression or other mental health struggles, you are not alone and there are resources out there to help.

Click here for possible resources online and near you that may be available to help with your situation.

RELATED: Here's how to find mental health services near you

Michael Phelps, now retired, is the most decorated Olympian of all time with 28 medals and a record 23 gold medals. He holds the record for most gold medals in a single Olympic games when he won eight at the Beijing Games in 2008.

Phelps and his wife Nicole Johnson live in the Valley with their two sons, born in 2016 and 2018.