The coalition seeks to solve digital-age problems in our community. 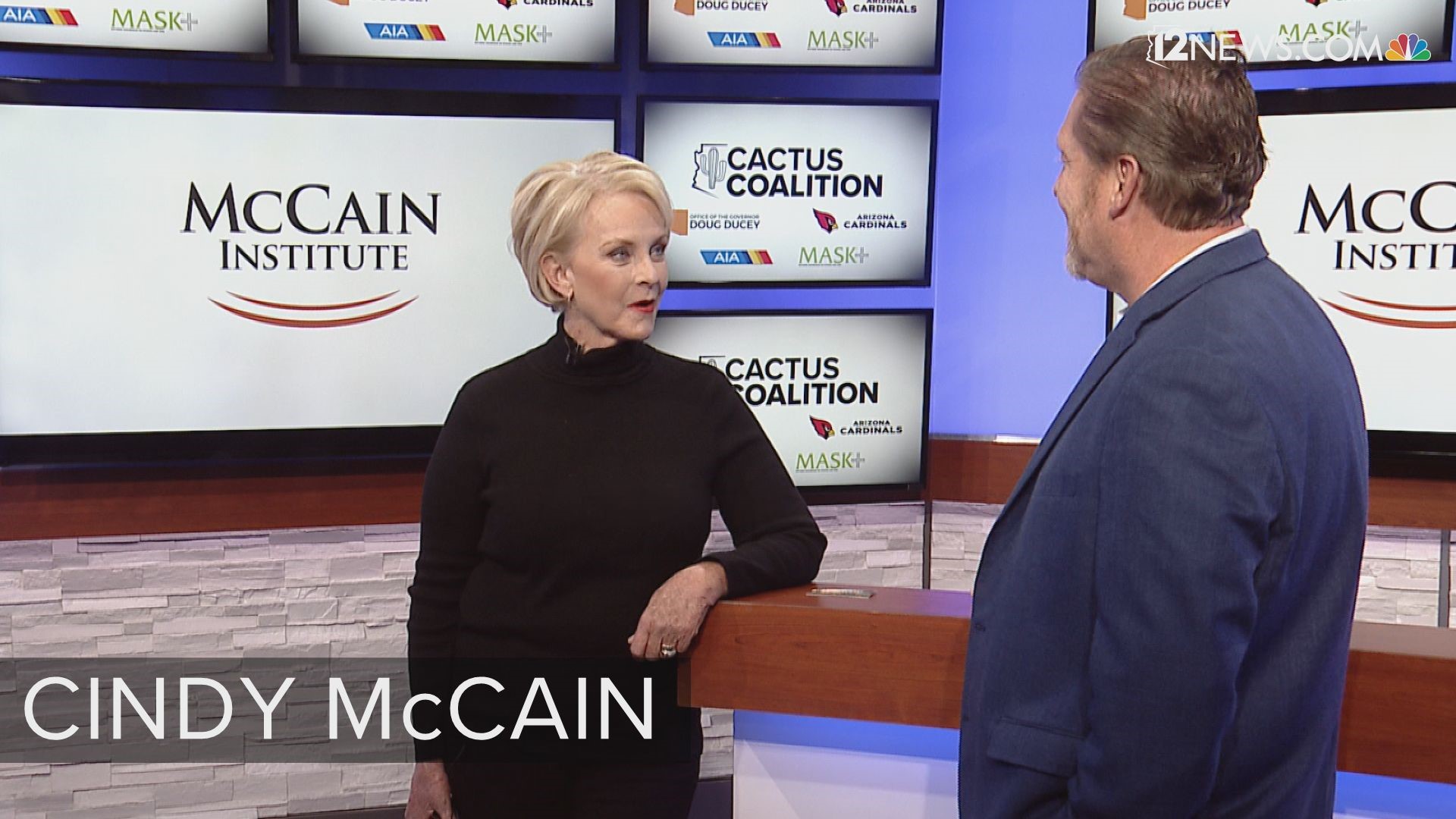 McCain, the widow of Arizona Senator John McCain was at Studio 12A.

"It's the essence of what Arizona is about," McCain said. "It's working together to fix a problem."

RELATED: Cindy McCain talks to 12 News about her husband's legacy

The Cactus Coalition is committed to tackling the biggest issues that impact our lives, including bullying, with the goal of bringing about positive change.

The Cactus Coalition consists of change agents, influencers, and passionate citizens striving for a better Arizona. We’re enacting positive change in Arizona by tackling the issues that matter most. We start with facts, build awareness in the community and foster solutions through dynamic partnerships.

Other members of the Cactus Coalition include the O'Connor Institute, Arizona Governor Doug Ducey, and the Arizona Cardinals.

The Cactus Coalition now has a home: 12News.com/FactIs