Pastor Jamal Bryant said they wanted to start a scholarship for the school in Dr. Donda West's name. 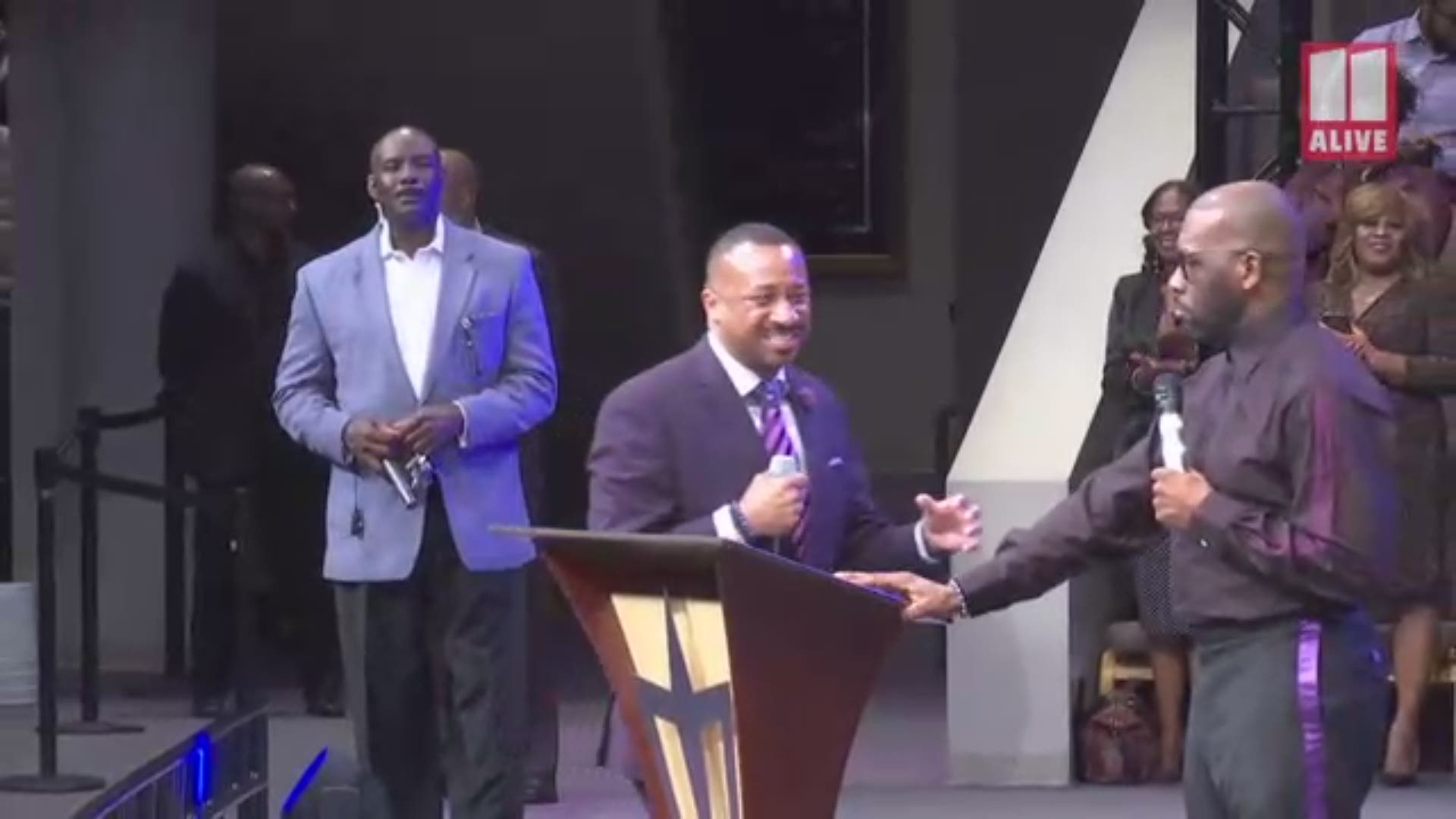 ATLANTA — New Birth Missionary Baptist Church plans on using some of the funds donated to them by Kanye West for educational purposes, in honor of the rapper's mother.

On Sunday, Oct. 13, the pastor, Dr. Jamal Bryant, made the announcement to the congregation with the school's interim president at his side.

“On this day we want to open up in the honor of Dr. Donda West, a foundational scholarship in her name," Bryant said.

“It dawned on me in prayer that Dr. Donda West who was the mother of Kanye West is a former professor at Morris Brown College," Bryant explained.

"A few weeks ago we had a guest here at our church, brother Kanye West," Bryant said. "We had a great day that day.”

West stopped by the megachurch last month as a part of his pop-up "Sunday Service" series of appearances.

"He made a contribution to our church on that Sunday and I wanted to redirect some of those proceeds because I believe God’s gonna bless us to be a blessing."

RELATED: Morris Brown has been approved as an institute of higher learning

He said it's a first step and a major one towards full accreditation.

"When you use your accreditation you close," he said. "But for some reason… for some reason for the past 17 years, Morris Brown College has been able to survive.”

Bryant said he wants the funds to go to students who study the same discipline that Dr. West taught.

“I know what Dr. Donda West represented while at Morris Brown, and her mind for African American literature was to empower, equip, and engage students to be something radical that could change community and change society," he said.