Love and Football: Competition in the season 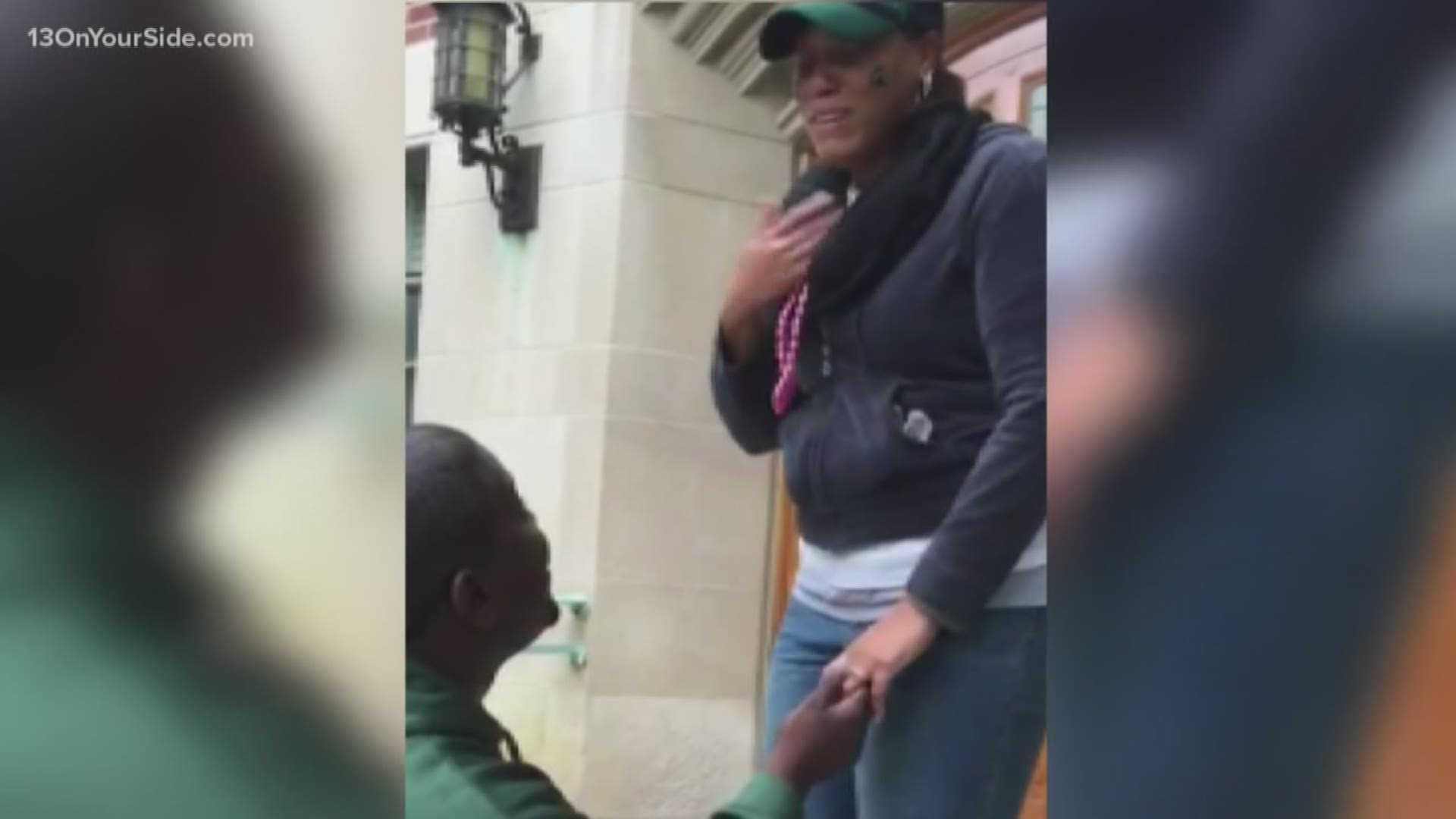 GRAND PRAIRIE, Texas — The countdown is on to the big kickoff.  Many are looking forward to Saturday's rivalry game between University of Michigan and Michigan State. The two teams have played each other for more than 120 years. However, the football can cause an even bigger during any given season.

"I get sad. I don't like this time of year," says Rhonda Spencer. "I mean I love football in general but it does get lonely."

Rhonda's husband, Jamal, is the 13 ON YOUR SIDE sports director as well as a die-hard football fan. Needless to say, his time is monopolized during football season.

"You end up with these Fridays, Saturdays and Sundays where it is football all the time," he says.

That scenario plays out in many relationships. In fact, Rhonda has a name for people whose spouses, or significant others, work in football, cover the games or spend the majority of their time engrossed in the sport. She calls women, like herself, competing for equal time: "football widows."

"I guess at this point in our lives and our relationship, it is almost second nature. I know what to expect," she says. "I try to go with the flow and not get too bogged down in what is going to be a really rough 8 weeks, so to speak."

Rhonda's positive attitude is partly due to the fact that she, too, is huge MSU football fan, "Homecoming 2015, that's where we got engaged -- so, it's like football is a part of our marriage."

Sharing that common bond has helped the pair deal with time spent apart during the season. However, that strategy wouldn't work for couples like Melody and Matt Geerlings.

"I grew up in a Michigan home. My father had the Wolverines on the radio every Saturday. That's how I became a Michigan fan and it has really just stuck with me my whole life," he says.

The two met in high school but reconnected about a decade ago and married a few years later. Melody, a hard-core MSU fan, recalls the when they first realized that opposites were attracting.

"We were having dinner at the old Kopper Top and were talking about sports," she said. "He said he was a Michigan fan. And, I kind of remembered that from school. I said, well, I'm State fan. He told me 'I root for State anytime they're not playing Michigan.' I said 'well, I can't say that. But, if I really need to have you beat Ohio State I will cheer for you,"' she recalls.

So, it's no surprise Melody describes herself as sore-loser.

Matt wasn't discouraged. But, he wasn't switching sides either.

"I thought, well, I'm going to remain loyal to my team I know that much," he said.

Matt and Melody are clearing are committed to their respective teams. But, they have learned to have fun in a house divided.

"It's a pretty healthy rivalry between us, says Melody." "We kid each other. We joke each other but at the end of the day whoever wins is going to win."

And that winner is represented on the Geerlings Christmas tree each year.

"It's a divide in a sporting contest. It's not a divide that should carry on into your relationship," he says.

The Spencers are also looking for to the Michigan State vs. Michigan match up, even though they'll likely have to cheer for Sparty separately.

"Whenever I can I definitely want to make sure Rhonda knows just how much I value my time with her," says Jamal.

"And, try to plan those date nights wherever you can," adds Rhonda.

Both couples say when it comes to Love and Football compromise and understanding are secrets to winning.

"First and foremost you are a couple and you love each other, says Melody." 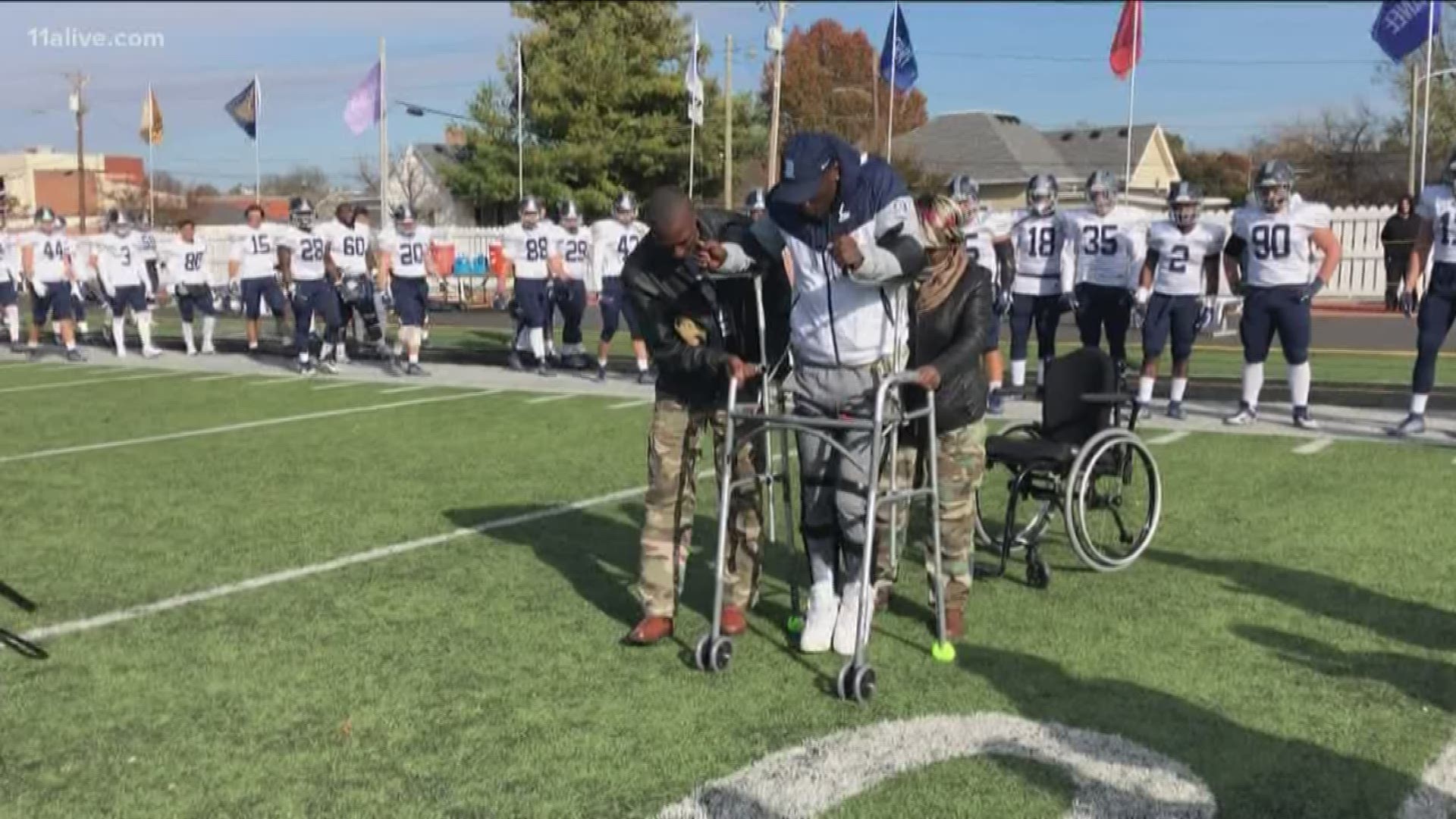 More heartwarming stories on 13 ON YOUR SIDE: