This cafe will suggest what weed to pair with your food

Lowell Cafe in Los Angeles is the first restaurant in the country that serves pot with your meal. 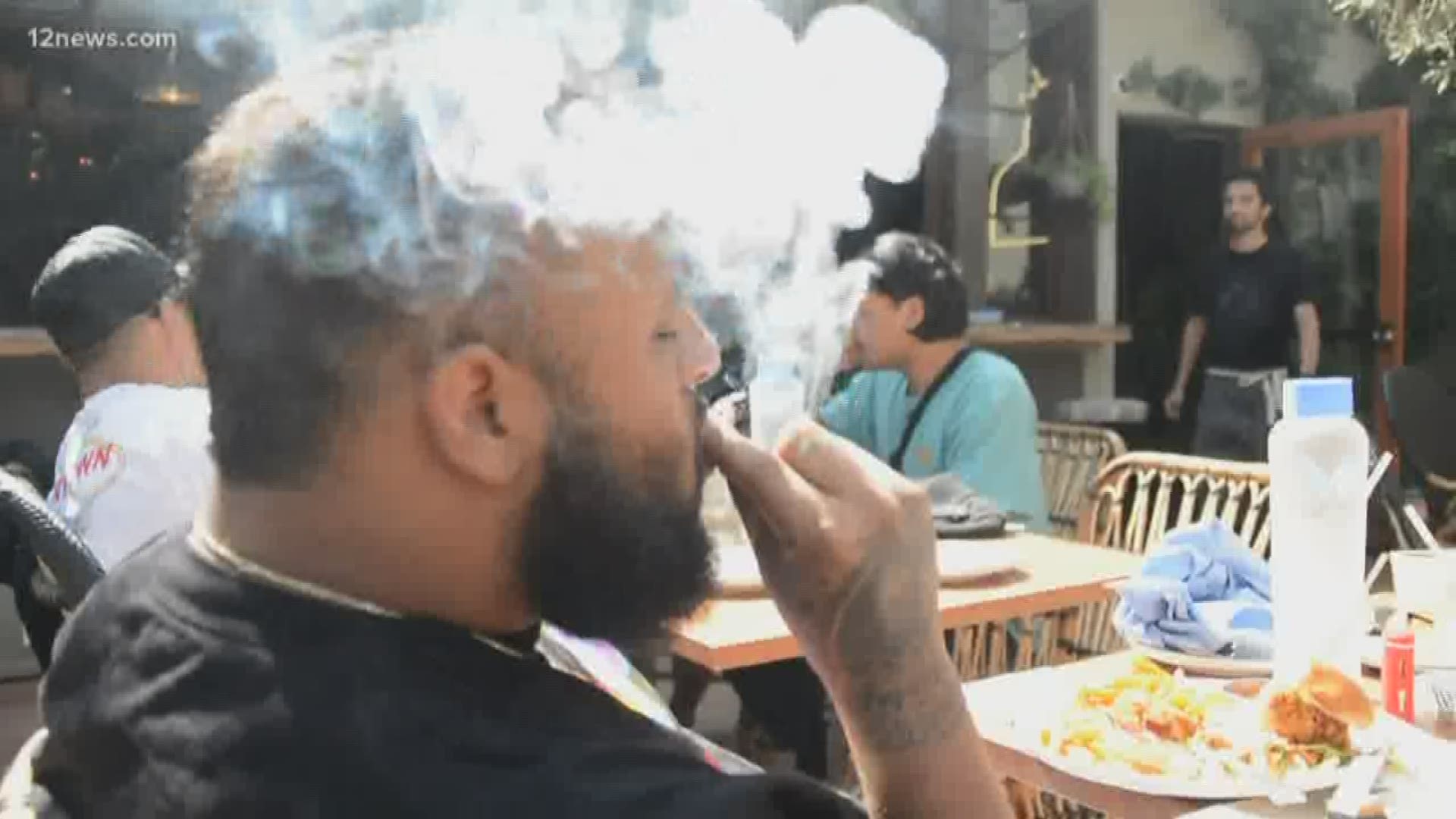 LOS ANGELES — At first glance, it looks like any other bright sunlit California restaurant. But here at Lowell Cafe, there’s something different in the air.

Call it a sign of the times. Los Angeles has opened the first restaurant combining food and pot in the country.

At the Lowell Cafe, the sommelier doesn’t make wine suggestions, she’ll tell you what pot to pair with your banh mi sandwich.

"The banh mi is going to come up with, what I would want, a little bit earthier tone, so anything OG is really awesome," suggested Erica, a flower host at the restaurant. "Anything earthy or piny is just going to bring out the banh mi taste more."

It's recommended you smoke before you eat. Once you sit down, the flower host typically helps you get started with some "tools of consumption" so you can whet your appetite.

"I actually help guide people through their experience, just kind of enhance it," Erica said. "We have fantastic food. The weed's going to make it even more fantastic."

Once word got out about a restaurant that could not only sell pot but provide a space where people could openly smoke it while eating, celebrity investors immediately jumped onboard.

"So our celebrity investors, we have Miley Cyrus, Chris Rock, Sarah Silverman, just among the many," said Lily Estanislao, who manages the cafe.

"There are stigmas about who a stoner is. Everyone under the sun has come in and is so thrilled to be here, so I think it's open to everyone for sure," she said.

It's not easy to get in. People have been lining up since the cafe opened, no question all here for the weed. But the owners wanted to make sure the customers were also buzzing about the food.

The cafe hired Andrea Drummer, a private chef who's known for infusing cannabis into her cooking, as the executive chef.

She was tasked with crafting a menu for this one-of-a-kind experience.

"At the end of the day, you have to taper it down to what the community wants and, moreover, what lends itself to the cannabis consumption experience," Drummer said.

She said it started with a farm-to-table concept and then evolved. Now the restaurant also offers comfort foods and some of Drummer's personal favorites. Of course, there are also vegan options that have become fan favorites, like the vegan nachos.

And speaking of nachos, yes, the Lowell Cafe does offer what you'd consider munchie foods.

"I wouldn't say it's stereotypical because we try to elevate everything, of course," Drummer said. "But some of it is grabbing onto those comfort foods that are easy go-to's when consuming cannabis."

For now, the Lowell Cafe only serves its cannabis on the side. The restaurant is still a few years out from cannabis-infused food, which has to be state tested and packaged.

"We'll see how this goes, and we'll see between the city and the state if they're interested in that," Drummer said. "I'd love to, and the fact that we're here now talking about this, I think it's possible."