Super Bowl champion Marvin Washington says cannabis has helped him with his pain, so he created a company that makes CBD products. 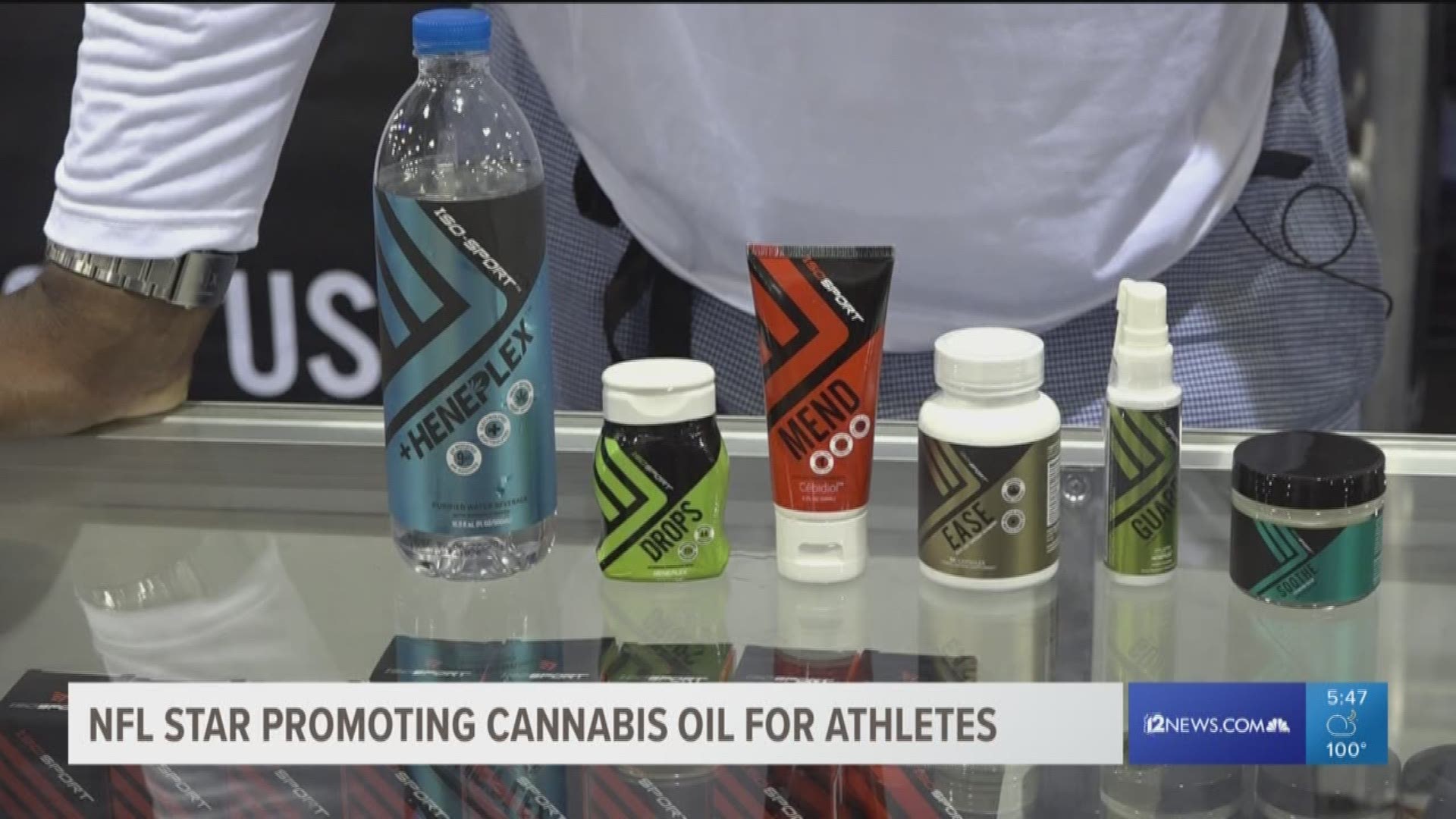 Working out can help you feel better about yourself, but we all know sometimes -- especially after a good workout -- you’re left feeling sore.

A former NFL player and Super Bowl champion was in Phoenix this weekend touting cannabis oil as a relief if you use it pre- and post-workout.

“Everybody knows about football fingers -- I defiantly have them,” said Marvin Washington, showing his fingers pointed every which direction

For years Washington, who played mostly with the New York Jets, struggled with the aches and pains associated with the sport.

“I played with the NFL in the trenches for 11 years. During the week I would take anti-inflammatory and pain blockers, during the game a pain blocker and after the game pain pills,” said Washington.

So he turned to cannabis to wean off of the pain pills, and later on started using it before and after his workouts.

“I put it on my pre-arthritis fingers and I can get through the day,” said Washington.

But he says it doesn’t have the effect you may associate with marijuana.

“It doesn’t get you high, it gets you healthy. It’s the wave of the future. You don’t want to be addicted to opioids poisoning our country right now,” said Washington.

He’s talking about CBD, a chemical compound found in the cannabis family.

Washington is a co-founder of ISO-Sport, a company that sells CBD products.

They have performance sprays, lotions and capsules for pain relief, and even water for a boost.

This year, the world anti-doping agency removed CBD from its list of banned substances.

From athletes to the average Joe, you don’t need a medical marijuana license to buy it. And it won’t show up on a drug test either.

There are a lot of similar products out on the market today, but not all are trustworthy, so before buying CBD oil, do your research.