Can the feds really shut down legal marijuana?

Attorney General Jeff Sessions has long been an opponent of legalized pot. 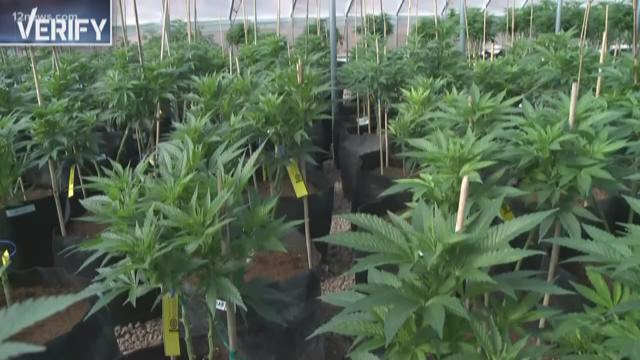 PHOENIX - The Trump administration rolled back an Obama-era policy Thursday that enabled states to legalize marijuana, both in medical and recreational forms.

Arizona has had legalized medical marijuana for more than a year.

But could the Trump administration really just pull the plug on all legal weed?

"We want people to understand how tentative this situation is," attorney Janet Jackim told 12 News.

"All of their investments, all of their time, effort and money in this business could evaporate really quickly," she said.

That's what marijuana lawyers like Jackim tell their clients.

Here are the reasons it would be hard to put the marijuana genie back in the bottle:

The state would lose that money if medical marijuana was shut down.

Arizona has about 100 dispensaries in the states, plus grow operations spread out around the state.

We don't know how many jobs that is in Arizona, but industry estimates predict in two years the marijuana industry will account for 250,000 jobs nationwide.

Get rid of legal weed, and that's a quarter million people out of work.

Then there's the law

Federal law is pretty clear that marijuana is illegal.

But a lot of states have legalized it either recreationally or medically.

Federal law trumps state law, but this would lead to a massive legal battle over who really gets to regulate weed.

What happens if you legalize, then criminalize?

So if the Trump administration is OK with losing hundreds of thousands of jobs, fighting states rights in courts, then yes, they could shut it down.

But realistically, a nationwide crackdown would be one of the hardest things the administration has done.