The Arizona Department of Revenue said the state has already made millions off of the taxes related to adult-use marijuana. 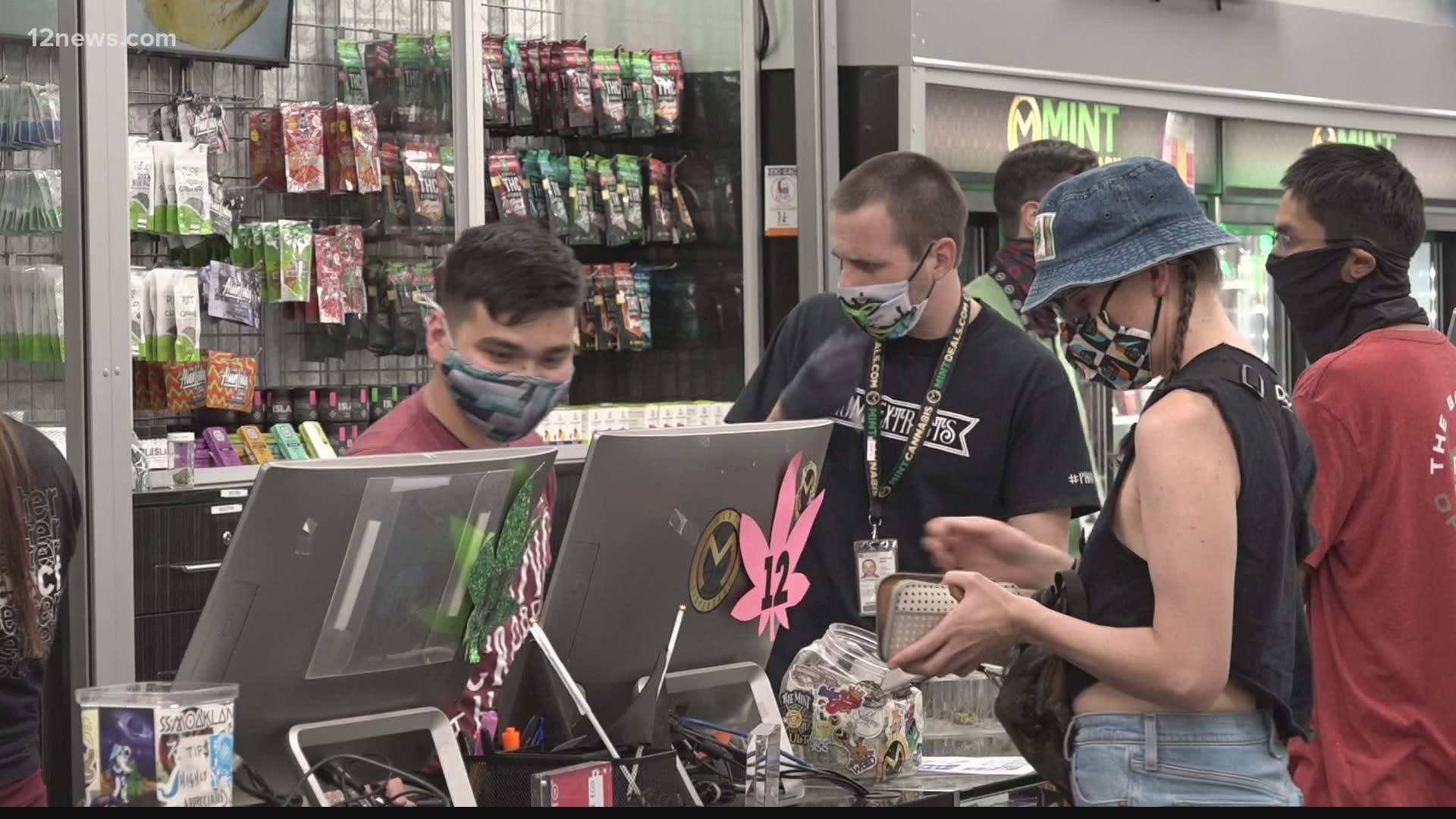 Arizona has seen $74,386,952 in marijuana tax revenue since businesses were approved to begin selling the drug recreationally in late January, the Arizona Department of Revenue said.

Two taxes, in addition to the general sales tax, have been placed on the sale of recreational marijuana since voters approved of Proposition 207 in the 2020 election, including:

RELATED: So, recreational marijuana was legalized in Arizona through Prop. 207. Now what?

The passing of Proposition 207 made the Arizona Department of Health Services responsible for regulating marijuana in the state, including licensing stores and production facilities.

As of early January, patrons over the age of 21 can purchase recreational marijuana products at state-licensed dispensaries.

ALSO: First day of recreational marijuana sales brings Arizonans out by the dozens

Even with these high-profit margins, marijuana sellers and growers can't get credit due to current federal laws in place. The drug is still considered a schedule one drug federally, which makes it harder for businesses to work with banks.

Marijuana-related businesses often run on a cash-only basis because of this disparity.

Get all the latest news on the legalization of recreational marijuana on our 12 News YouTube playlist here.