What will it take to legalize recreational pot in Arizona?

As we look ahead to 2020, here's what we've learned from states where recreational weed is legal. 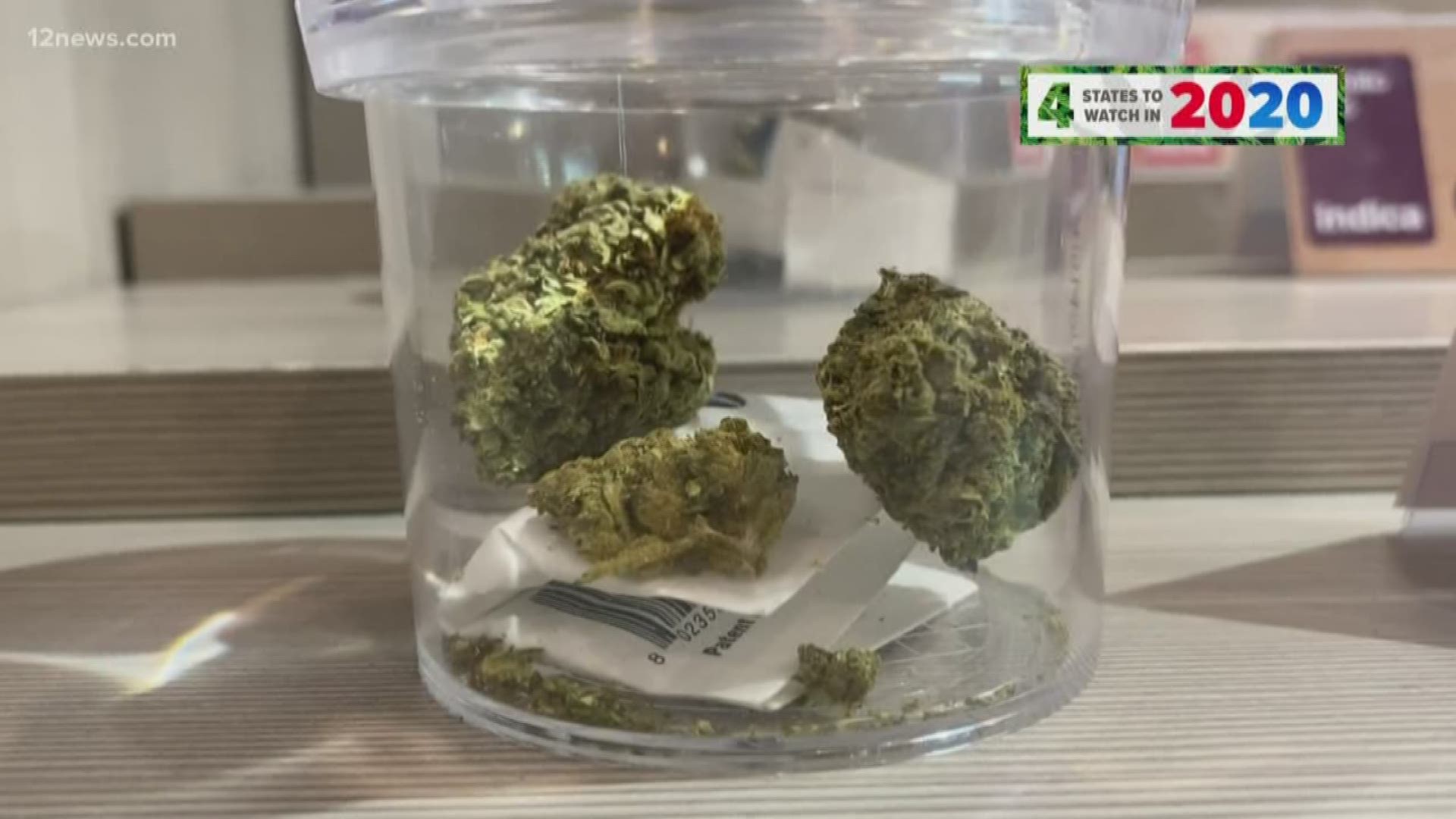 PHOENIX — The 2020 election may call for Arizonans to make many tough decisions, including whether our state should legalize recreational marijuana.

We took to the streets to see how Phoenix voters felt about legalization, and most of them said they were all for it.

“I feel like Arizona does need to legalize it. It’s about time that it happens,” Giovanni Banda said.

“Make it legal. Put a tax on it to help the government, and everybody will be happy,” Meredith Lee said.

But not everybody agrees that expanding the legal market for marijuana makes sense.

“When we think about Big Tobacco, we don’t want to do that all over again,” said Luke Niforatos, a policy advisor for Smart Approaches to Marijuana.

Niforatos lives in Colorado and says that legalization hasn’t been that great for his state.

“They write these laws with the best of intentions, but it bears itself out time and again in every legal state that the marijuana lobby, which is now backed by billions of dollars, is able to get around those laws,” he said.

Still, support for legal weed is growing. This industry is now legal in 11 states and Washington D.C., and Arizona is not the only state asking voters to take up the issue next November.

RELATED: Is Arizona getting ready to legalize marijuana? 4 states to watch in 2020

Arizona voters had a chance to legalize recreational marijuana in 2016. It was close, but in the end, the initiative, Prop 205, went up in smoke.

Mason Cave with the Arizona Cannabis Chamber of Commerce is helping write some of the measures that he hopes will get on the 2020 ballot.

But looking back, he believes the failure of the initiative started on TV.

The anti-legalization campaign was well funded, backed by major donors contributing hundreds of thousands of dollars.

All that glitters isn’t green when it comes to legalization.

The drug is still illegal at the federal level, meaning there’s no federal guidelines for pesticides. This is causing problems for farmers up in California’s wine country.

And the black market continues to thrive in places with a high tax rate, like in California.

There’s also limited access to banking, so a lot of the business is still done in cash.

As for road safety, Colorado state troopers say educating people on the dangers of driving under the influence of cannabis feels like starting from square one after years of drunk driving education.

Despite the controversy and the complications, there’s likely enough support in Arizona that at least one of two recreational marijuana plans will end up on the ballot.

And a recreational weed law is expected to pass this time around.

“The question is, just to see that we get the legislation right and that it’s good legislation,” Cave said.

Those behind the movement to legalize think they’ve addressed the problems of the past.

For example, one of the big questions people had about regulating marijuana was whether the tax revenue would go where it was promised.

“I think the initiative actually has done a decent job of addressing that concern, and we’re allowing the legislature to direct the funds that come through our referral,” Cave said. “So I think in probably both cases, one of the largest concerns of the negative ad campaigns is being addressed.”

• Will there be enough weed to go around? Illinois gets ready for legalization

• Study finds link between male marijuana use and miscarriage risk