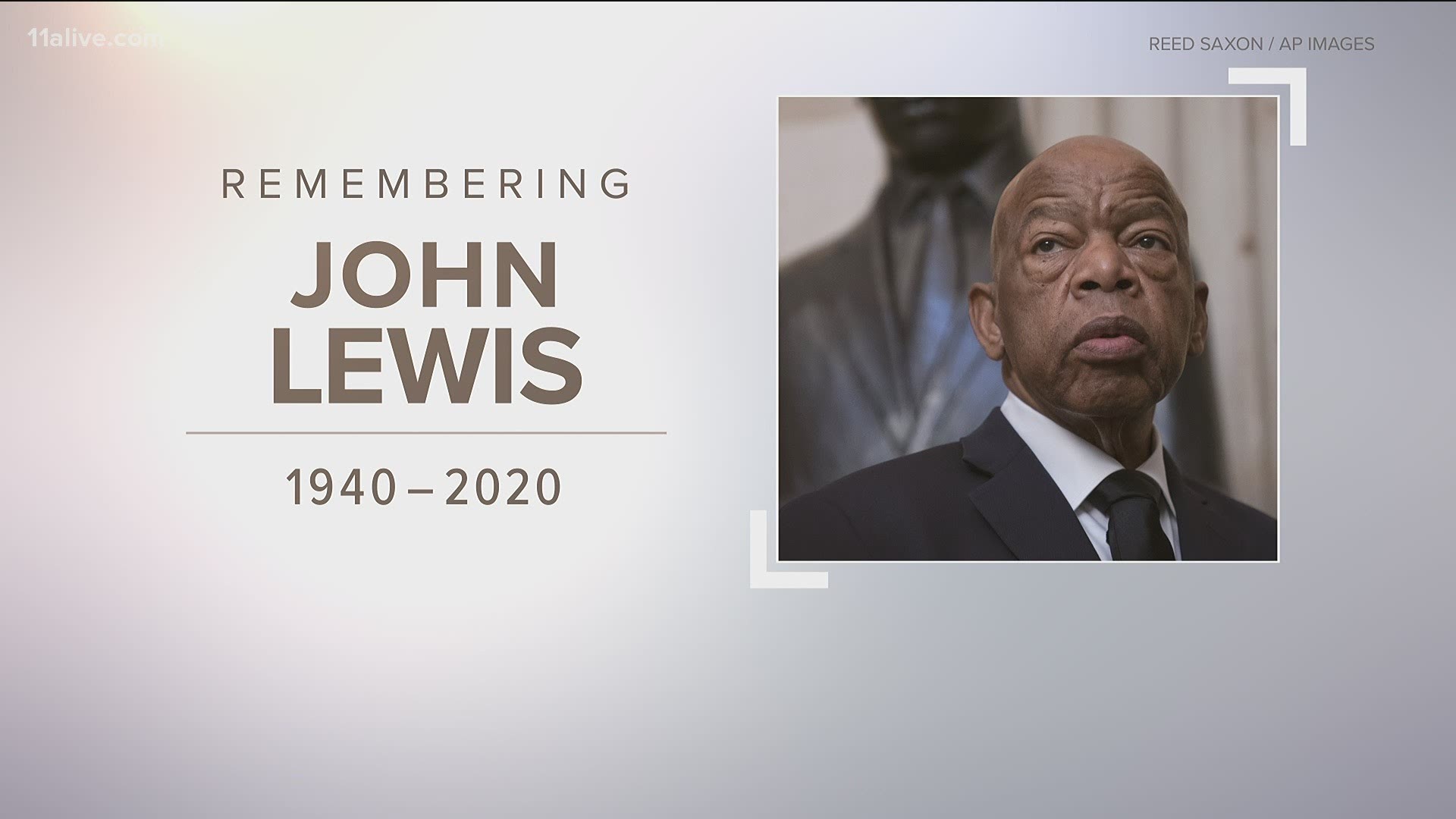 President Barack Obama joined thousands of others who are sharing personal moments they have with Rep. John Lewis and their thoughts on his impact.

In an article posted to Medium.com, Obama said Lewis lived an "exceptional" life.

"But he never believed that what he did was more than any citizen of this country might do. He believed that in all of us, there exists the capacity for great courage, a longing to do what’s right, a willingness to love all people, and to extend to them their God-given rights to dignity and respect," he said.

In the article, Obama talked about the first time the two met and how he told Lewis that he was one of his heroes. Years later they'd meet several more times.

"When I was elected President of the United States, I hugged him on the inauguration stand before I was sworn in and told him I was only there because of the sacrifices he made. And through all those years, he never stopped providing wisdom and encouragement to me and Michelle and our family. We will miss him dearly."

The last time the two spoke was after a virtual town hall with what Obama described as "young activists." He said, "Afterwards, I spoke to him privately, and he could not have been prouder of their efforts — of a new generation standing up for freedom and equality, a new generation intent on voting and protecting the right to vote, a new generation running for political office."

In his passing, Obama said Lewis left the nation with "marching orders."

1 / 21
File photo by Jim Bourdier, AP
Lewis speaks during a news conference in Jackson, Miss., on June 23, 1964, where he called on President Johnson to protect summer volunteers in Mississippi.