Kanye West and his choir performed at Lakewood Church in Houston on Sunday night. 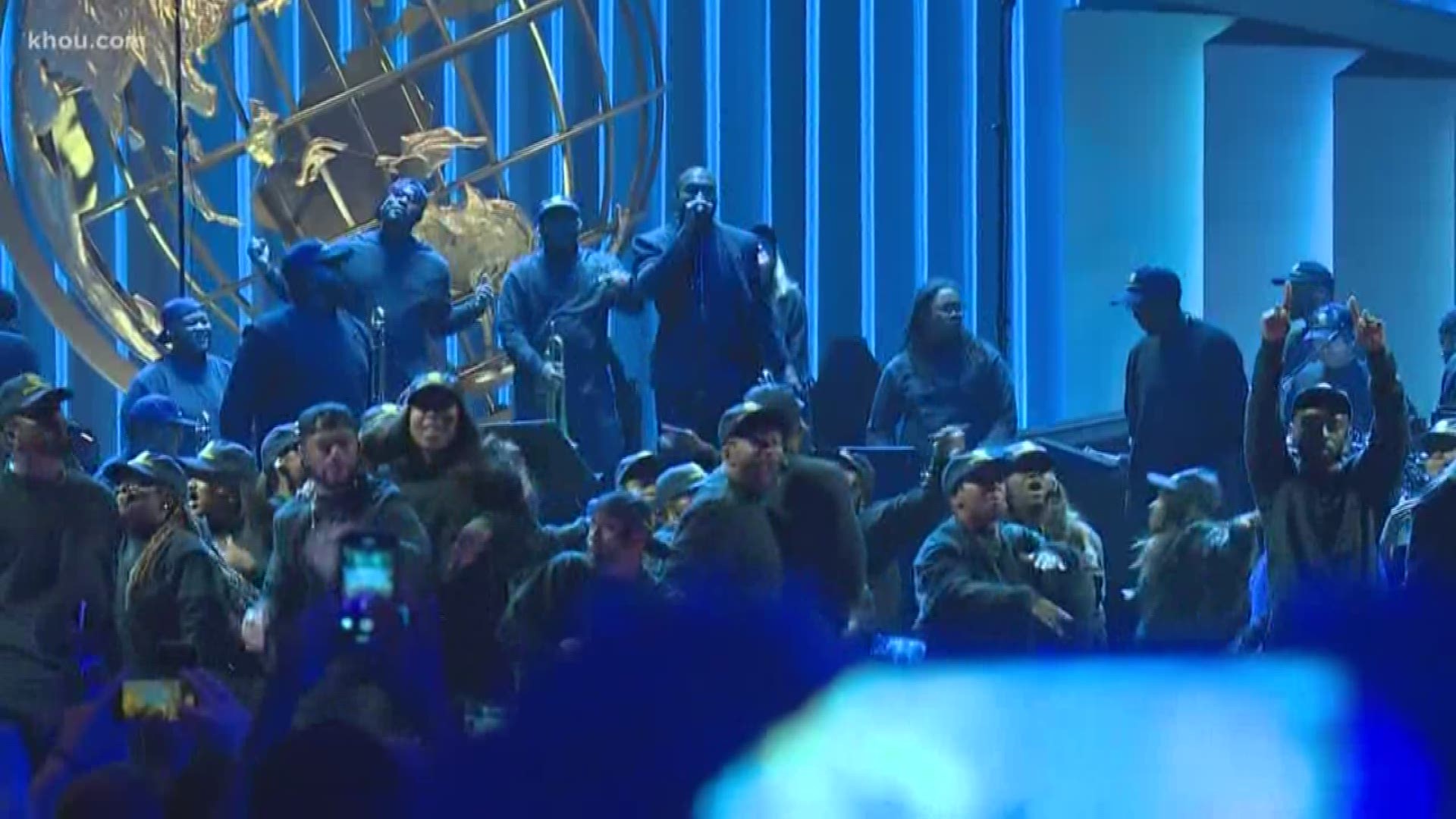 HOUSTON — Kanye West attended two services at Lakewood Church on Sunday. The first was a question and answer segment during Lakewood's Sunday morning service and the second was West's "Jesus is King: Sunday Service Experience."

West and his choir performed for about two hours during the evening service. It was live-streamed on the church's social media pages and website.

Lines of fans wrapped around the block.

"We traveled all the way from College Station," Melanie Rodriguez said.

"I’m actually really surprised by the mayhem. I thought people had written Kanye off. I was surprised to see so much support for him tonight," Chinedu Anikwata said.

For the past year, West's religion has taken center stage. He recently released "Jesus is King," a gospel album.

"The same thing that people are using to say 'We don’t know if he’s sincere,' is what God is using to be able to save more. That you can see how low I had sunk," West said to the congregation.

"One girl had tears in her eyes and said 'If Kanye can change, I can change.' I think he reaches people we can’t normally reach," Osteen said.

West told the crowd he’s using that reach to spread the church’s message.

"We love Kanye. We love God so it's obviously an awesome mixture," Matthew Iommi said.

The service was free, but everyone had to have a ticket to get in. Passes on Ticketmaster sold out in seven minutes. There was no assigned seating for the service. 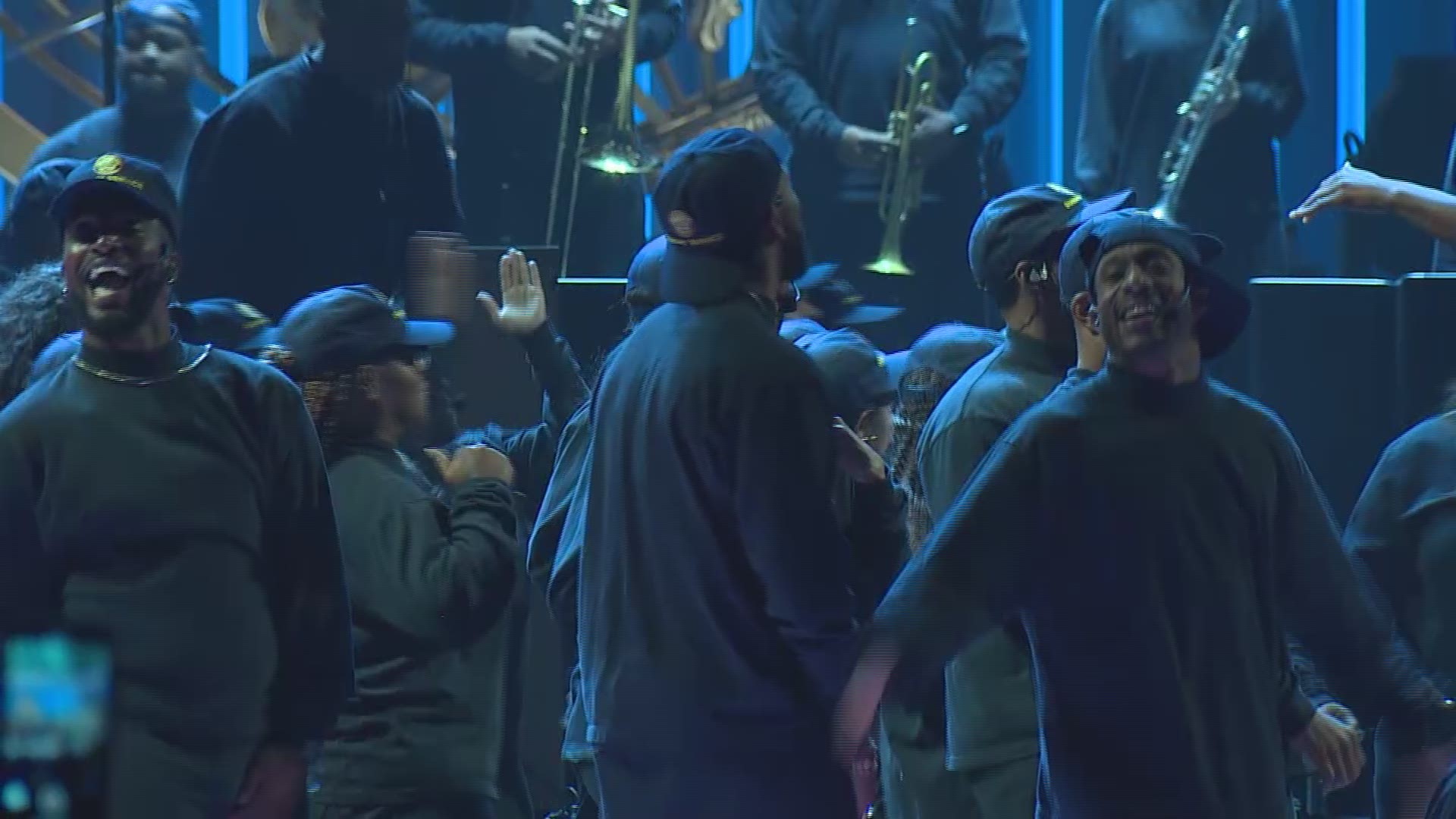 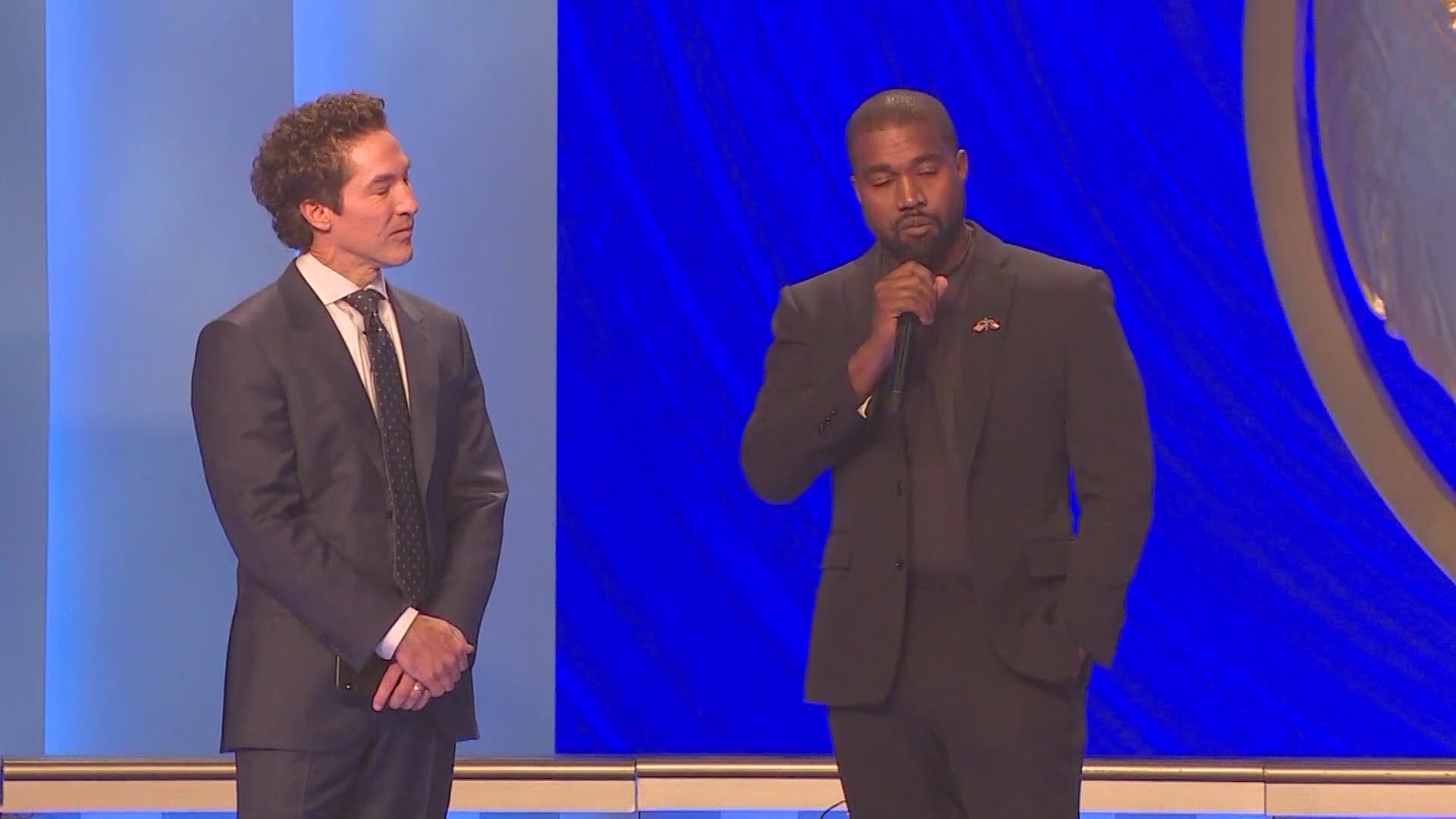 RELATED: How to watch Kanye West's Sunday Service at Lakewood Church in Houston

RELATED: That was fast! Tickets to see Kanye West at Lakewood Church are sold out

RELATED: People are selling their free Kanye West Sunday Service tickets online for up to $500