'It is by far the most humiliating experience': Houston doctor forced to cover up on American Airlines flight wants policy changes 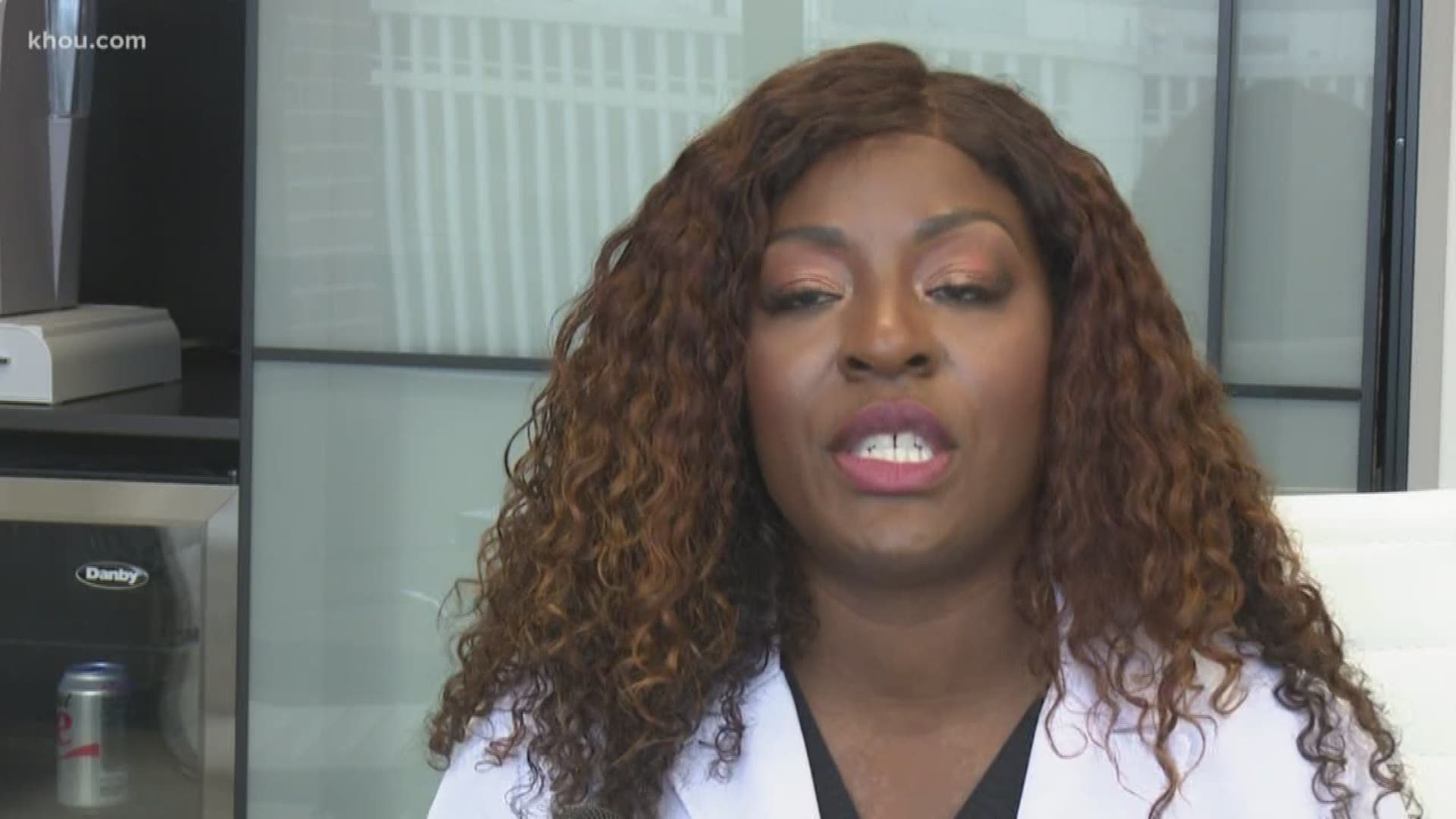 HOUSTON — A Houston doctor forced to cover up on an American Airlines flight because of her outfit said she wants to see the company act to ensure no one else endures a similar experience.

During an interview with KHOU 11 Wednesday afternoon, Dr. Tisha Rowe said she and her 8-year-old son were already on board a Miami-bound flight at Norman Manley International Airport in Kingston, Jamaica, on June 30 when a flight attendant asked her to step off the plane.

RELATED: American Airlines apologizes to Houston doctor who had to 'cover up' in order to board flight

Once she and her son were off, Dr. Rowe said they were met by a different flight attendant.

Dr. Rowe said was told to cover up or she wouldn’t be allowed back on. The family medicine physician said after a lengthy discussion failed to change the crew’s mind, she asked for a blanket, wrapped it around her, then walked down the plane’s aisle.

“I am, like, head down the whole time,” Dr. Rowe said. “I don’t want to see anybody’s face. I’m embarrassed. I’m humiliated. I did not look up at even a single passenger. I just looked up to make sure I was at the right seat.”

Dr. Rowe said the crew did not single out anyone else, including a slimmer woman wearing smaller shorts.

“If I, being Leticia Rowe, was a white woman in that same body suit, if they thought it’s inappropriate, do I think they would have removed that white woman from the plane?” Rowe said. “Absolutely not.”

“We were concerned about Dr. Rowe’s comments, and reached out to her and our team at the Kingston airport to gather more information about what occurred. We apologize to Dr. Rowe and her son for their experience, and have fully refunded their travel. We are proud to serve customers of all backgrounds and are committed to providing a positive, safe travel experience for everyone who flies with us.”

Dr. Rowe said she’s exchanged online messages with AA officials but said she has not personally spoken to them. She called their written apology "a good first step."

“Start by making these reportable incidents,” said Dr. Rowe when asked what she would tell AA’s CEO. “All of those incidents need to be filed, and you need to review all of them to see race in that incident report. You need to check for any implicit bias in your organization.”

“In that test, put different body types in the same outfits, and let’s see how many times your employees think women of color are inappropriate versus other women,” she said.

“We’ve taken a few steps, not all of which I’m ready to discuss,” Berg said. “Part of what we have asked is that they do exactly what she said, which is, solve the problem.”

Gov. Abbott warns Texans to be prepared ahead of tropical depression