A 34-year-old man with a leg injury was lifted off North Phoenix Mountain on Thursday after being stuck since around noon the day before. 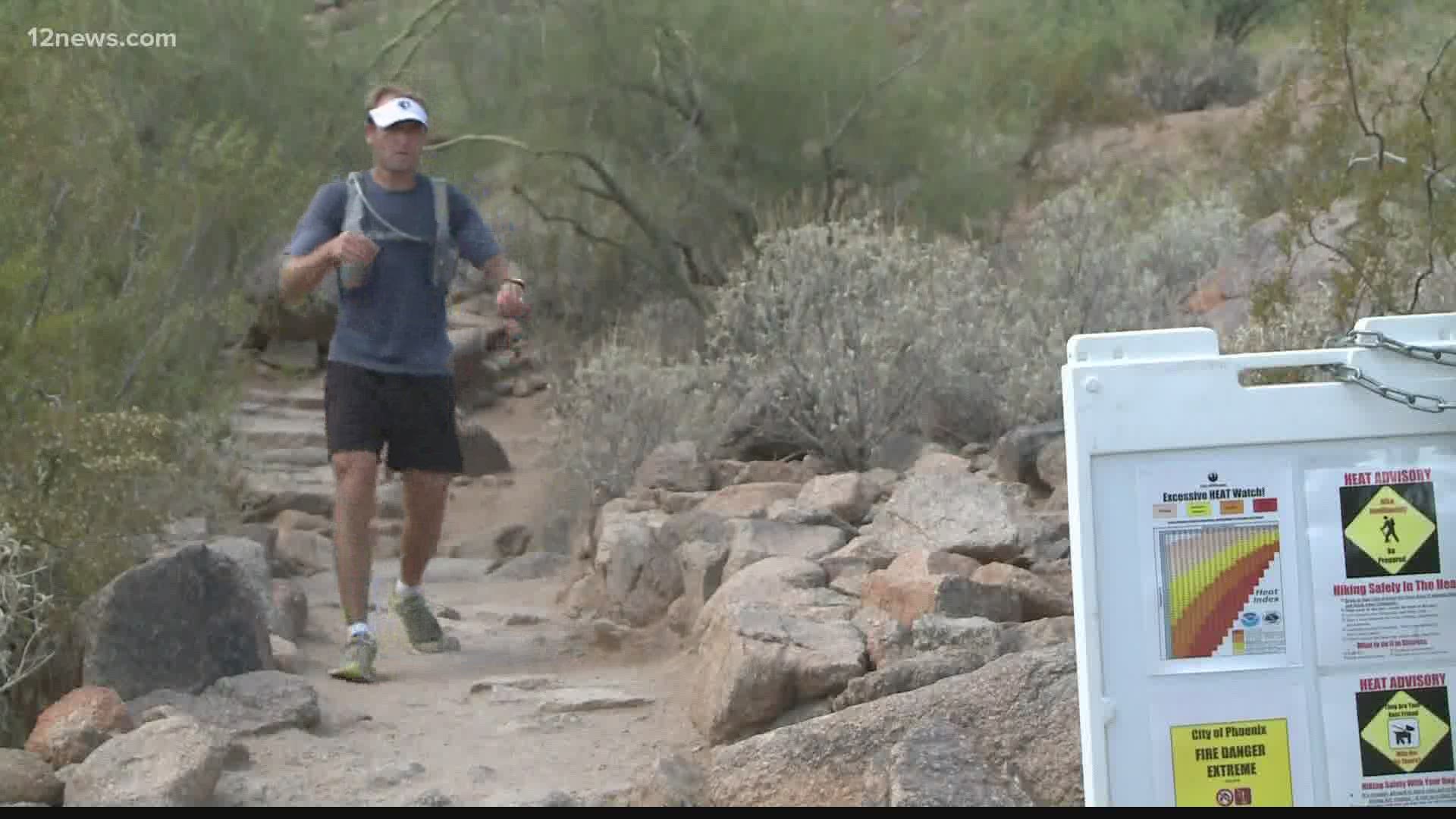 PHOENIX — Editor's Note: The video above is from a newscast on June 2.

A 34-year-old hiker was rescued on Thursday after being stranded on a north Phoenix mountain hiking trail for more than 24 hours.

Technical Rescue Crews worked with the Firebird 10 helicopter to locate the hiker and treat him for a lower leg injury, officials said.

The hiker said he wasn't able to move or call for help since 12 p.m. on Wednesday, officials said.

The injured hiker said that he yelled for help in the direction of an apartment complex that was a few hundred yards away, according to Phoenix Fire.

The steep terrain caused the Technical Rescue Team to decide on the safest and most appropriate way to extricate the patient off the mountain was to fly him, officials said.

The hiker was safely extricated off the mountain and was reevaluated and transported to the nearest hospital in stable condition for further medical evaluation, officials said.