Rylee Goodrich was set to begin her sophomore year in a few weeks. 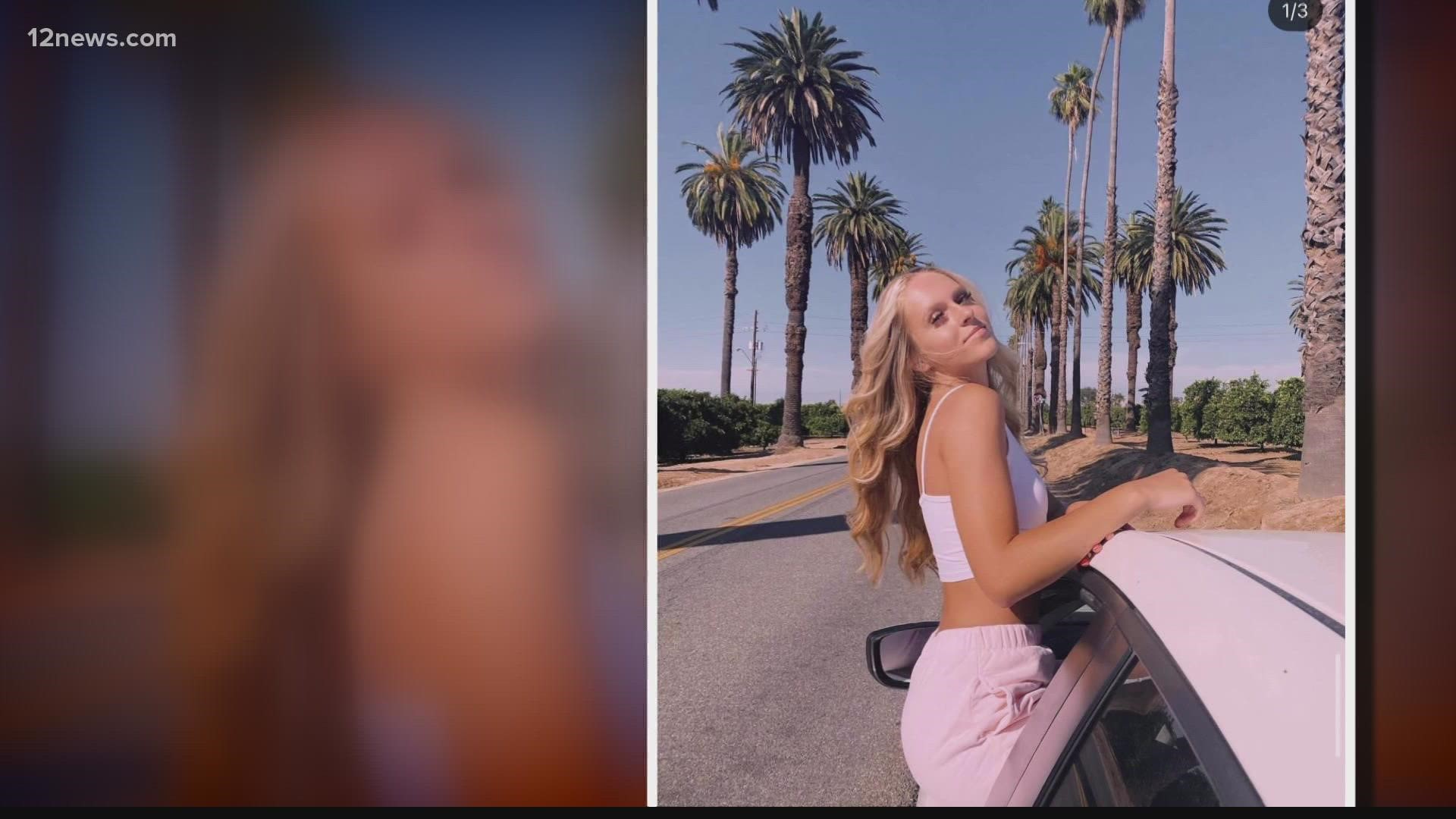 CORONA, Calif. — A student from Arizona with a promising future ahead had her life cut short in an act of senseless violence.

The family of 18-year-old Rylee Goodrich said she was a marketing major with a full-ride scholarship to Grand Canyon University.

“She never saw anything she couldn’t overcome,” David Goodrich, Rylee Goodrich’s father, said. “I was going to have a father-daughter weekend with her in 2-3 weeks to bring her back over there.”

On Monday night, Rylee Goodrich and 19-year-old Anthony Barajas were out on their first date to a movie theater in Corona, California when they were shot.

Police said that 20-year-old Joseph Jimenez shot Rylee Goodrich and her date in the back of the head.

Goodrich was killed and Barajas remains on life support. They were the only two people shot in the incident.

“We do not have a motive for this heinous unprovoked crime and there is no indication the victims had any prior contact,” Corona Police Cpl. Tobias Kouroubacalis said.

The Goodrich family has set up a GoFundMe in her honor. To donate, visit the website here.