"Our commitment is to end our city’s toxic relationship with the Minneapolis Police Department," City Council President Lisa Bender said on Sunday. 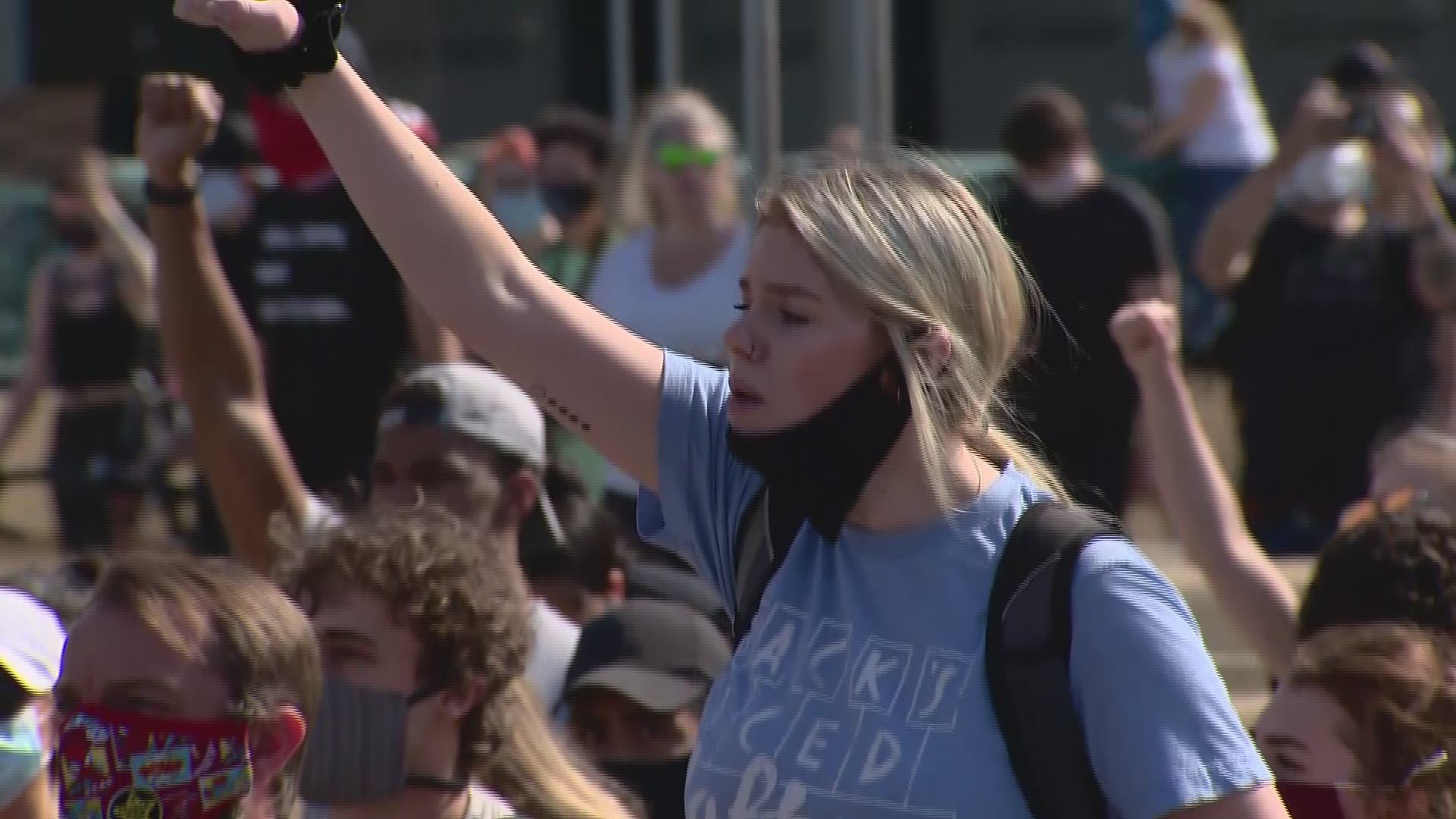 MINNEAPOLIS — A veto-proof majority of Minneapolis City Council members announced Sunday during a rally at Powderhorn Park that they are planning to disband the police department.

City Council members said they will invest in community-led safety initiatives instead of the police department.

"Our commitment is to end our city’s toxic relationship with the Minneapolis Police Department, to end policing as we know it, and to re-create systems of public safety that actually keep us safe," Minneapolis City Council President Lisa Bender said at Sunday’s community meeting.

The announcement comes after various entities such as the University of Minnesota, Minneapolis Public Schools, First Avenue, and others decided to end or limit their relationship with the police department.

A political organization named 'Reclaim the Block' said they put the community rally together along with another group called 'Black Visions.'

"Speakers acknowledged that the process ahead would not be free from uncertainty or discomfort, but that the result would be a strengthened, safer community," a Facebook post by Reclaim the Block reads.

Rep. Ilhan Omar tweeted that she was present at the community meeting.

"I’m at the community meeting at Powderhorn Park in Minneapolis, where City Council members just unveiled a mission statement for reimagining policing," the tweet reads.

“I’ll work relentlessly with Chief Arradondo and alongside community toward deep, structural reform and addressing systemic racism in police culture. And we’re ready to dig in and enact more community-led, public safety strategies on behalf of our city. But I do not support abolishing the Minneapolis Police Department.”

On Saturday when protesters stopped outside Frey's home and chanted for him to come outside. Frey did, and spoke to the crowd, who asked if he would commit to defunding the police.
“I am absolutely for a massive shift, a structural shift in how the police department functions I’ll say it again. Am I for abolishing the entire police department? No I’m not and I’ll be honest about that too,” he said.
After hearing his response, the crowd booed Frey as he left.

WARNING: The video below includes language some may find offensive.

RELATED: When protesters cry 'defund the police,' what does it mean?

RELATED: Body of George Floyd has arrived in Houston for final funeral service and burial

RELATED: A unit tasked with protecting protesters, acted forcefully against them